Five months after tying the knot, Nicolas Cage and his wife, Riko Shibata, made their red carpet debut as a couple while attending the premiere of ‘Pig’ on July 13.

Nicolas Cage and his fifth wife, Riko Shibata, are going strong! The lovebirds, who got married in Feb. 2021, walked their first red carpet together five months later on July 13. They attended the premiere of Pig in Los Angeles, and looks very much in love as they posed for photos. While walking the carpet, the two held hands, and at one point, they gazed lovingly into each other’s eyes. Nicolas wore a suit for the event, while Riko stunned in a black halter dress. 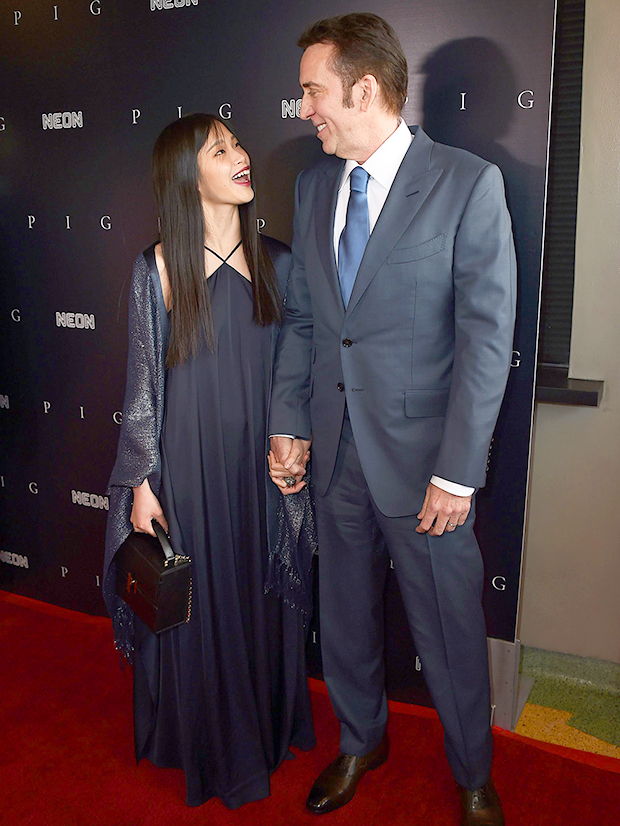 Nicolas and Riko secretly got married on Feb. 16 in Las Vegas. They chose their wedding date to honor Nicolas’ late father, who died in 2009. News of the nuptials did not break publicly until weeks later on March 5. “The couple met in Shiga, Japan over a year ago,” a rep for the actor told HollywoodLife at the time. After Nicolas and Riko met in Japan in early 2020, they were spotted spending some time together in New York City before COVID lockdown restrictions were put in place. Riko returned to Japan, and despite the distance, the two stayed together. 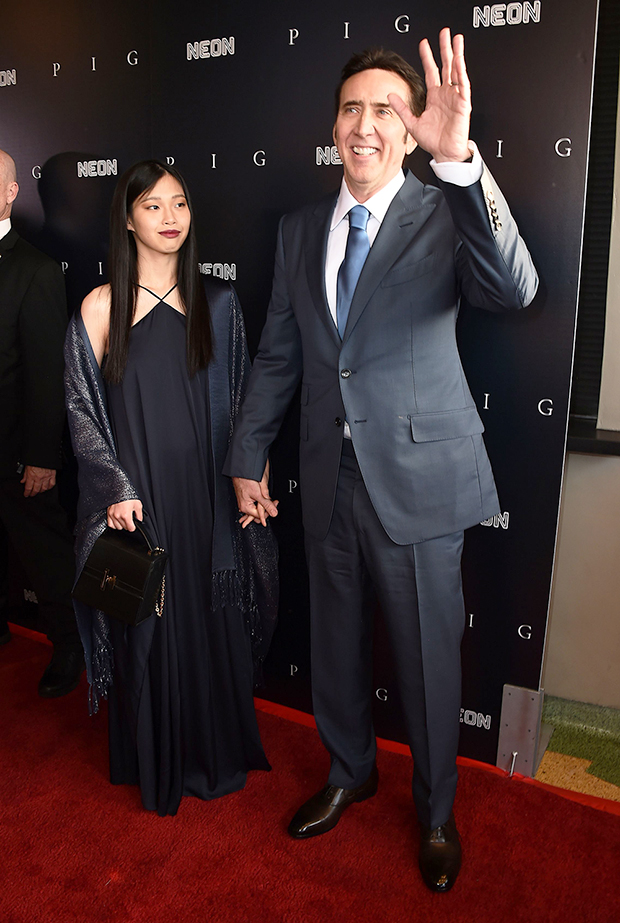 “She left New York and went back to Kyoto, Japan and I went back to Nevada and, um, I haven’t seen her for six months,” Nicolas said during an appearance on his brother’s radio show in Aug. 2020. “We’re really happy together and we’re really excited to spend that time together, so I finally just said, ‘Look, I wanna marry you,’ and we got engaged on FaceTime.”

The relationship has been quite untraditional, but Nicolas’ love life has always been anything but ordinary. He was married to his first wife, Patricia Arquette, from 1995 until 2001, followed by a 107 day marriage to Lisa Marie Presley in 2002. He married his third wife, Alice Kim, in July 2004, and they were together for more than 10 years before separating in 2016. The two have one son, Kal-El together. Nicolas’ fourth marriage — to Erika Koike — lasted just four days in 2019 before he filed for annulment (which he was not granted). The actor also has a 30-year-old son, Weston Coppola Cage, with his ex-girlfriend, Christina Fulton, who he dated in the late 80s and early 90s.