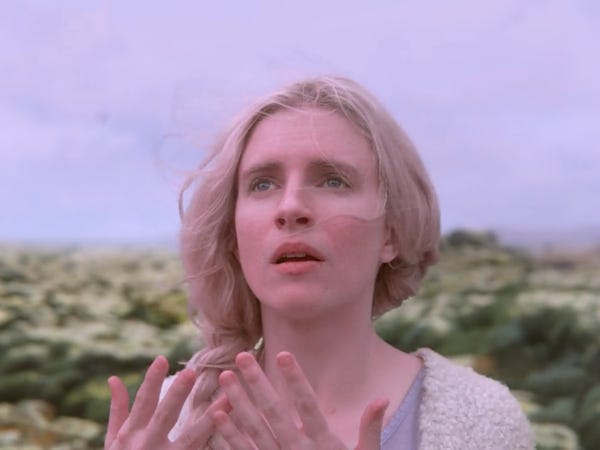 Netflix is killing its most interesting shows in their infancy and it could be the streaming giant's downfall.

In the seven years since Netflix began producing its own original content, the world of TV streaming has dramatically changed. Now Netflix is getting left behind in the race it started.

Many of its unique and ambitious shows have been canceled before they could reach their full potential. And Netflix keeps churning out more and more shows each year, without replicating the breakout success of 2016's "Stranger Things."

According to statements from executives, the cancellations are the result of a cost-analysis that tells Netflix a longer running show won't lead to new subscribers.

Still, with syndicated shows such as "The Office" and "Friends" leaving its platform, along with a string of disappointing cancellations, including"GLOW," which was announced this week, Netflix has set itself up for potential disaster when it comes to its reputation as a TV-watcher's must-have service.

Netflix keeps canceling some of its most interesting and ambitious shows

In 2020 alone, Netflix has canceled 18 of its originals series. Of those, 14 only had one season.

"The Dark Crystal: Age of Resistance" was added to the list of cancellations last month. The first season was an incomplete prequel story to Jim Henson's innovative 1982 film, and it's a shame that story will go unfinished. While the fantasy series wasn't perfect, the combination of live-action puppetry and CGI elements made it a truly unique TV show that stood out as a bold and creative endeavor.

Last year, sci-fi original "The OA" was cancelled just months after its dramatic and compelling second season aired. The season two finale set up a dramatic twist with incredible potential for the planned third season. But then Netflix pulled the plug, despite earlier public statements from vice president of original programming Cindy Holland about how the show's cocreators had a five-season outline.

"The OA" had the hallmarks of a great (if divisive) show: It was coproduced by Brad Pitt, had a fantastic score by Vampire Weekend band member Rostam, superstar Zendaya joined the already superb cast in season two, and the scripts told an earnest and unique original story.

It's also worth noting how many of the cancellations have been shows with women and people of color prominently behind the scenes or starring in these TV shows. "One Day at a Time," "Tuca and Bertie," "GLOW," "I Am Not Okay With This," and "Everything Sucks!" are just a few examples of canceled shows with both diverse characters and  representation behind the lens.

TV shows often need room to breathe before they become truly great — just look at 'Game of Thrones,' 'The Office,' or 'Schitt's Creek'

"Game of Thrones" wasn't an overnight phenomenon. In its early days, the show was seen as an expensive risk. Newcomer showrunners David Benioff and D.B. Weiss spent $10 million on their first attempt at a pilot episode, most of which was scrapped. But HBO's then-copresidents Richard Plepler and Michael Lombardo signed off on the series, recognizing its potential.

"A gentle reminder that TV shows need time and space to lay foundation, to develop, and to grow," Dan Levy, the cocreator and star of "Schitt's Creek," tweeted the morning after the 2020 Emmys, where the series broke records sweeping all seven comedy awards. "In the wrong hands, this show would have been yanked off the air in  [season one] for 'underperforming.'"

If it had been a Netflix original, "Schitt's Creek" probably wouldn't have made it past season two. Ironically enough, the popularity of "Schitt's Creek" only boomed when its first three seasons arrived on Netflix in 2017.

Netflix is disregarding the smaller, but powerful fandoms it's creating, where people are left desperately crying out for show renewals

People falling in love with Netflix shows are getting wary time after time their favorites get canned. Last summer, "OA" fans physically protested outside of Netflix's Los Angeles headquarters for days, with one woman even going on a hunger strike.

Just one day after "GLOW" was canceled earlier this week, the show's star Marc Maron said on Instagram that he wanted Netflix to allow creators to make a movie, just so they could tell the planned ending of the story on their own terms. Fans are now circulating a Change.org petition in hopes of getting Netflix's attention.

And on and on it goes.

There's a hashtag for nearly every canceled Netflix show, with fans replying en masse to every tweet or Instagram post they see on Netflix's verified pages. They're all begging for their beloved shows to come back.

TV lovers in these fandoms can only be burned so many times before they stop investing. Why should a Netflix subscriber spend 10 hours watching a new show if there's a decent chance they'll never see it end?

It doesn't help that Netflix continues to give multimillion dollar deals to creators — a perceived salt in the wound for many fans.

In 2018, "Hollywood" creator Ryan Murphy landed a contract with Netflix for a reported $300 million. David Benioff and D.B. Weiss closed their own reported $200 million deal last year. The news of that contract came two days after "The OA" was canceled. Shonda Rhimes and Kenya Barris are also in the six-figure Netflix deal club.

The way Netflix accounts for these six-figure deals is complicated, and the average viewer likely isn't sitting down to do research on the company's finances. Still, from the outside it looks as if Netflix is canceling beloved shows for financial reasons while at the same shelling out hundreds of millions of dollars for new TV shows that may only get one season. For fans, it's a continuous cycle of heartbreak either way.

Netflix won't release viewership numbers, but it's clear their strategy is prioritizing quantity over quality

One of the most frustrating aspects of Netflix's current business model is the total lack of transparency when it comes to viewing numbers. We don't know definitively how many people have watched full episodes, let alone full seasons, of any Netflix original.

This again leads to a warped understanding of what a "successful" show means for Netflix. When the company cancels a series due to a low viewership, what does that mean? How low compared to say "Stranger Things"? But also how is "Stranger Things" performing season over season, and how are originals stacking up against network mega-popular sitcoms like "The Office" and "Friends?"

Without clear answers, we're left to look at the overall strategy. Netflix's running theory seems to be "give our subscribers an endless number of options for new shows, and it will keep them paying." The company has released more than 113 new shows in 2020 alone. But this approach makes Netflix's catalogue much less engaging in the long run.

Even if Netflix isn't losing subscribers en masse, the company is still hurting its reputation.

The binge format used to be thrilling, with "House of Cards" and "Orange is the New Black" dominating pop culture conversations as audiences delighted in the ability to marathon a new season in a single weekend (or even day for those ambitious watchers). But the novelty of binge watching has worn off as the volume of new shows and streamers has increased.

Netflix is not only failing to commit to new thrilling, bingeable shows, but it's also starting to lose the syndicated sitcoms that many subscribers would fall back to if nothing new was capturing their attention.

By the end of 2020 in the US, Netflix would've lost "The Office," "Friends," and other beloved sitcom favorites such as "Parks and Recreation." With previous tentpole series like "House of Cards" and "Orange is the New Black" already concluded, this leaves Netflix with "Stranger Things" (and perhaps "The Witcher") as their only massively popular shows.

With COVID-19 leading to more cancellations, it will surely mean an upcoming drought of original programming. The next year will be a major test for Netflix's durability in an increasingly competitive market, and it seems like the company might've set itself up for failure.