Jake Tapper interviewed Monica Lewinsky on CNN, and they discussed the famous date they went on back in 1997 during the virtual Q&A.

Monica Lewinksy was Jake Tapper’s guest on the Oct. 5 episode of The Lead With Jake Tapper, and they had a quick laugh over their shared history. In 1998, Jake famously wrote about a previous date he had gone on with Monica in a story for The Washington City Paper. The outing was featured on the Oct. 5 episode of Impeachment: American Crime Story, which Monica serves as a producer on. Jake joked about the “g-rated date” being shown on the show, and Monica laughed as she pointed out that it was the “one date” they went on.

“Our one date is displayed by an actor way better looking than me now AND then,” Jake quipped back. Monica was all smiles as she assured him, “no,” that wasn’t the case. Then, the two dove into Monica’s role as a producer on the show, which depicts her affair with then-President Bill Clinton. Monica opened up about why she didn’t hold back from allowing herself to be portrayed in a negative light at times in the FX series.

“I felt that I shouldn’t get a pass,” she admitted. “It’s important to take responsibility for mistakes. I worked hard to work through those. With the show, so many people worked hard on this show, and it was important to me that the credibility of the show be there. I felt like if I was smoothing over and photoshopping, essentially, my history, it wasn’t right and wouldn’t be fair to anybody.” 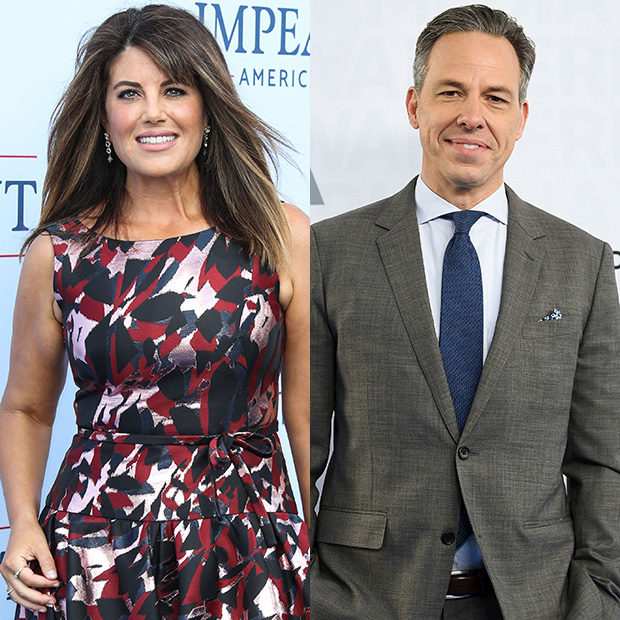 She also made it clear that President Clinton’s behavior with her was “wholly inappropriate”, due to him being “the most powerful man [in the world], my boss, [and] 49 years old when I was 22, just out of college.” She added, “We should’ve never gotten to a place where consent was a question. I think the power differentials there are something I couldn’t ever fathom consequences [for] at 22 that I understand so differently at 48.”

Jake’s 1998 article about his date with Monica came out just days after news of Monica’s affair with the president broke. In the piece, he recalled meeting Monica at a going away party for a friend in Washington D.C. He recounted their date, which took place at a Tex Mex restaurant, and recalled that Monica was “different from the standard D.C. date.” However, a second date never materialized.

Tatler: Duchess Meghan & Harry might want to abolish the monarchy??

Jenelle Evans: Check Out All My Guns! I’m in the Mafia, Dude!