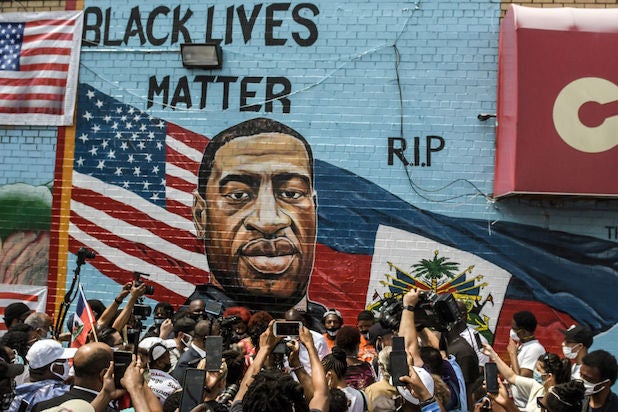 A mural painted by artist Kenny Altidor depicting George Floyd is unveiled on a sidewall of CTown Supermarket on July 13, 2020 in Brooklyn. (Photo by Stephanie Keith / Getty Images)

George Floyd’s family will receive a $27 million settlement from the city of Minneapolis as part of a lawsuit over Floyd’s death at the hands of police.

On Friday, the Minneapolis City Council unanimously voted to approve the settlement, which is the highest settlement the city has ever paid.

“George Floyd’s horrific death, witnessed by millions of people around the world, unleashed a deep longing and undeniable demand for justice and change,” Ben Crump, the lead attorney for the family, said in a statement. “That the largest pre-trial settlement in a wrongful death case ever would be for the life of a Black man sends a powerful message that Black lives do matter and police brutality against people of color must end.”

As part of the settlement, $500,000 will be used to benefit the 38th Street and Chicago Avenue business district — an area now known as George Floyd Square — where Floyd died.