Mike Tyson is a boxing legend

According to ESPN, Tyson’s first professional fight was in 1985. He knocked out Hector Mercedes in the first round. He then recorded 19 consecutive knockout wins in a little over a year.

Less than two years after starting his pro career, Tyson won the WBC heavyweight title by defeating Trevor Berbick. He became the youngest heavyweight champion ever at 20 years old. He didn’t stop there, though, as Tyson ended up winning the heavyweight titles in all three major sanctioning bodies within the next year, becoming the first man to do so.

Tyson ultimately had a dominant start to his career, as he had a 37-0 record. However, he suffered his first loss in a 10-round TKO against James Douglas. He lost all of his major heavyweight titles because of the loss, too.

Tyson later reclaimed the WBC heavyweight title against Frank Bruno in 1996 and won the WBA heavyweight title in September of that year. He then continued to prove that he was one of the greatest boxers of all-time throughout his career as he had a 50-6 overall record with 44 knockouts, according to ESPN.

While boxers, especially ones as good as Tyson, can make a lot of money. Tyson filed for Chapter 11 bankruptcy in 2003. However, he has worked his way back up financially by appearing in movies like The Hangover and The Hangover Part II, as well as other films and TV shows. He has also taken on some other business ventures, which have helped him rack up an excellent net worth.

Celebrity Net Worth estimates that Tyson is worth $10 million.

Marshawn Lynch was a first-round draft pick by the Buffalo Bills in the 2007 NFL draft. He then ultimately became a star in the NFL.

Lynch ran for over 1,000 yards in each of his first two seasons, earning a Pro Bowl selection in 2008. The Bills then traded Lynch to the Seattle Seahawks in 2010, and that is where he really dominated.

For his career, he earned five Pro Bowl selections and ran for 10,413 yards and 85 touchdowns. His rushing TDs are 16th all-time, and his rushing yards are 29th all-time.

According to Spotrac, Lynch has made an estimated $56.76 million in the NFL. He has also taken on plenty of off-field ventures too, which have helped Lynch rack up an estimated $30 million net worth, according to Celebrity Net Worth.

Mike Tyson and Marshawn Lynch own a pro football team together 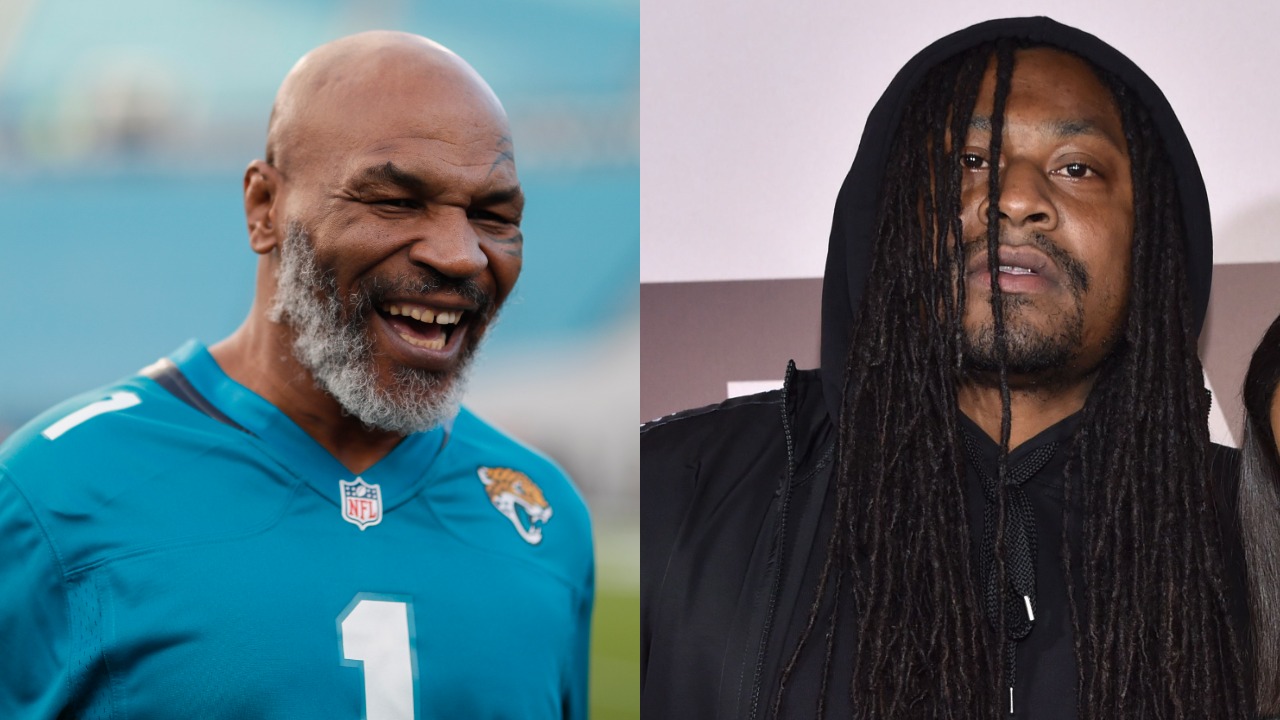 The Fan Controlled Football league is set to launch in February 2021, and the league has multiple celebrity owners that include rapper Quavo, NFL defensive back Richard Sherman, LA Chargers running back Austin Ekeler, and, of course, Tyson and Lynch.

In fact, according to the league’s official site, Lynch and Tyson own a team together, and it is called the Beasts.

“It’s a no-brainer man,” Tyson said, according to a video on Yahoo Sports. “We’re going to have a team. We’re going to cultivate the team to become the best team in the league. And I’m going to be a part of it.”

According to The Washington Post, the Fan Controlled Football league is a 7-on-7, arena-style football league. The catch, though, is that fans choose the teams’ nicknames and coaches, and they even draft players and call plays. That sounds like it could be interesting.

Mike Tyson and Marshawn Lynch both had success in their careers. Now, it will be interesting to see how they do as team owners.