The Duchess of Sussex, Meghan Markle, and the Queen of pop music, Beyoncé, shared a warm hug and a kiss on the cheek when they finally met at the European premiere of The Lion King in London last night. 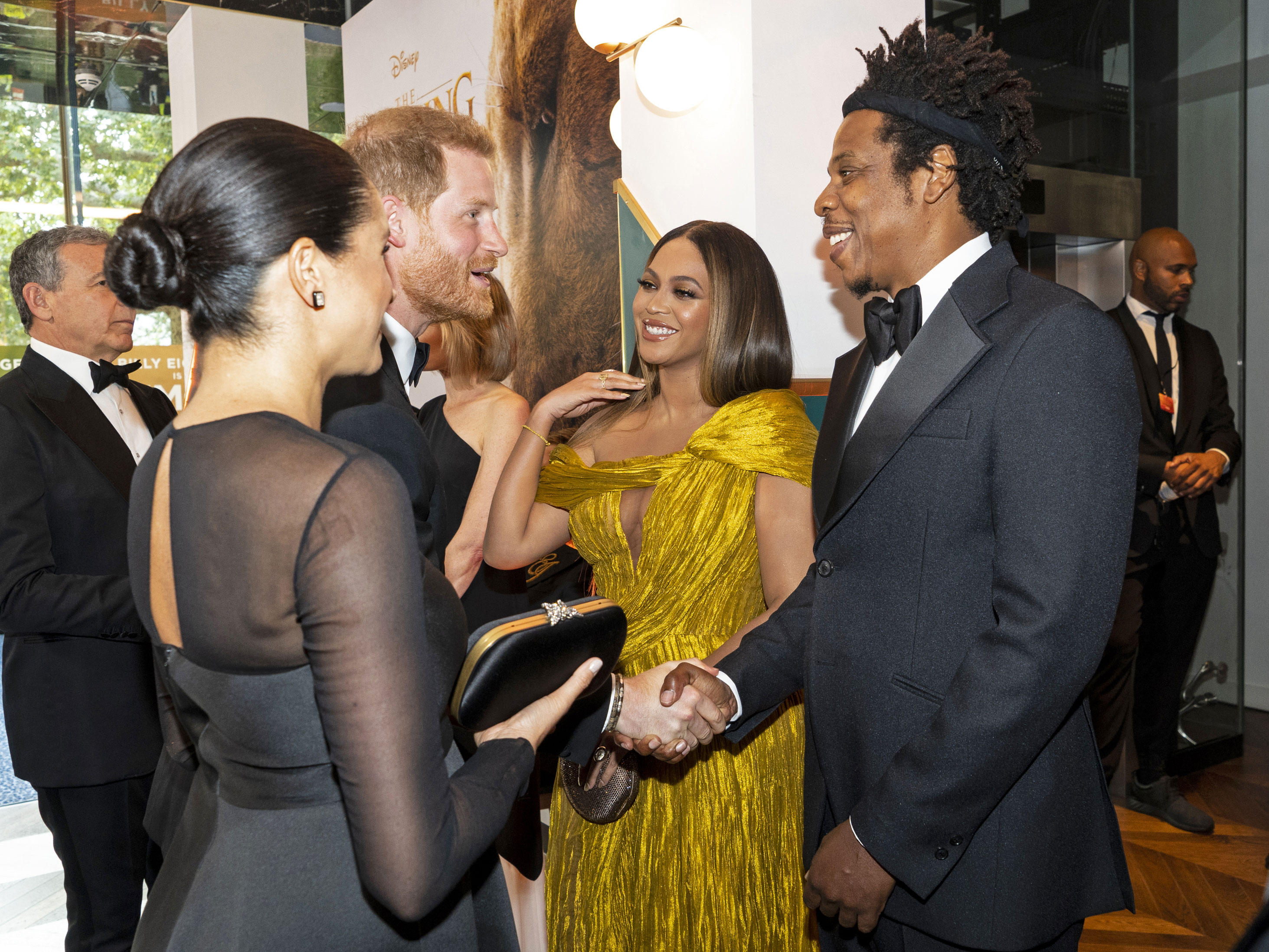 As the two powerful women came face to face at the star studded event, the pair embraced in a tight hug.

As Prince Harry, 34, and Meghan, 37, took to the red carpet for the launch of the live action reboot of the Disney classic, the new parents enjoyed a long awaited meeting with the 37-year-old songstress and her rapper husband, Jay Z, 49.

Looking ultra chic and classy in a black, sheer shouldered Jason Wu dress, reported to be worth $4,343, former Suits actress Meghan wore her hair in a sleek, low bun.

Meanwhile, mum-of-three Beyoncé, who voices the role of Nala in the revamped version of the 1994 movie, stunned in a golden yellow, split leg gown with her long locks worn straight with a slick middle parting. 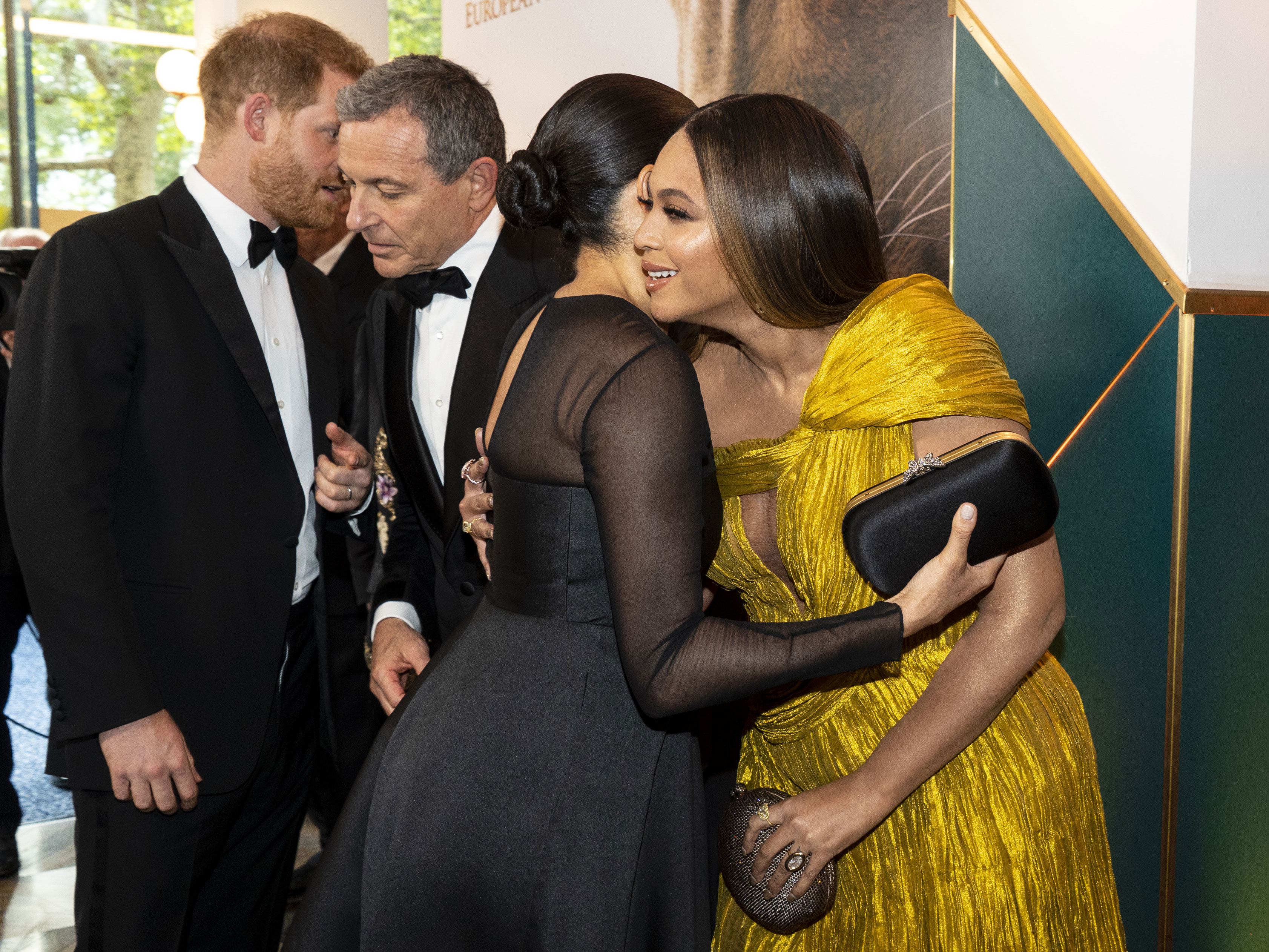 Standing beside their tuxedo-wearing spouses as they shared a handshake, the iconic female figures looked content as they chatted and laughed with one another.

Speaking to The Mirror, body language expert, Judi James, decoded what the behaviour between Meghan and Beyoncé during their greeting meant.

Analysing the moment, she explained that it looks as though Beyoncé sees herself on equal terms with the Royal. 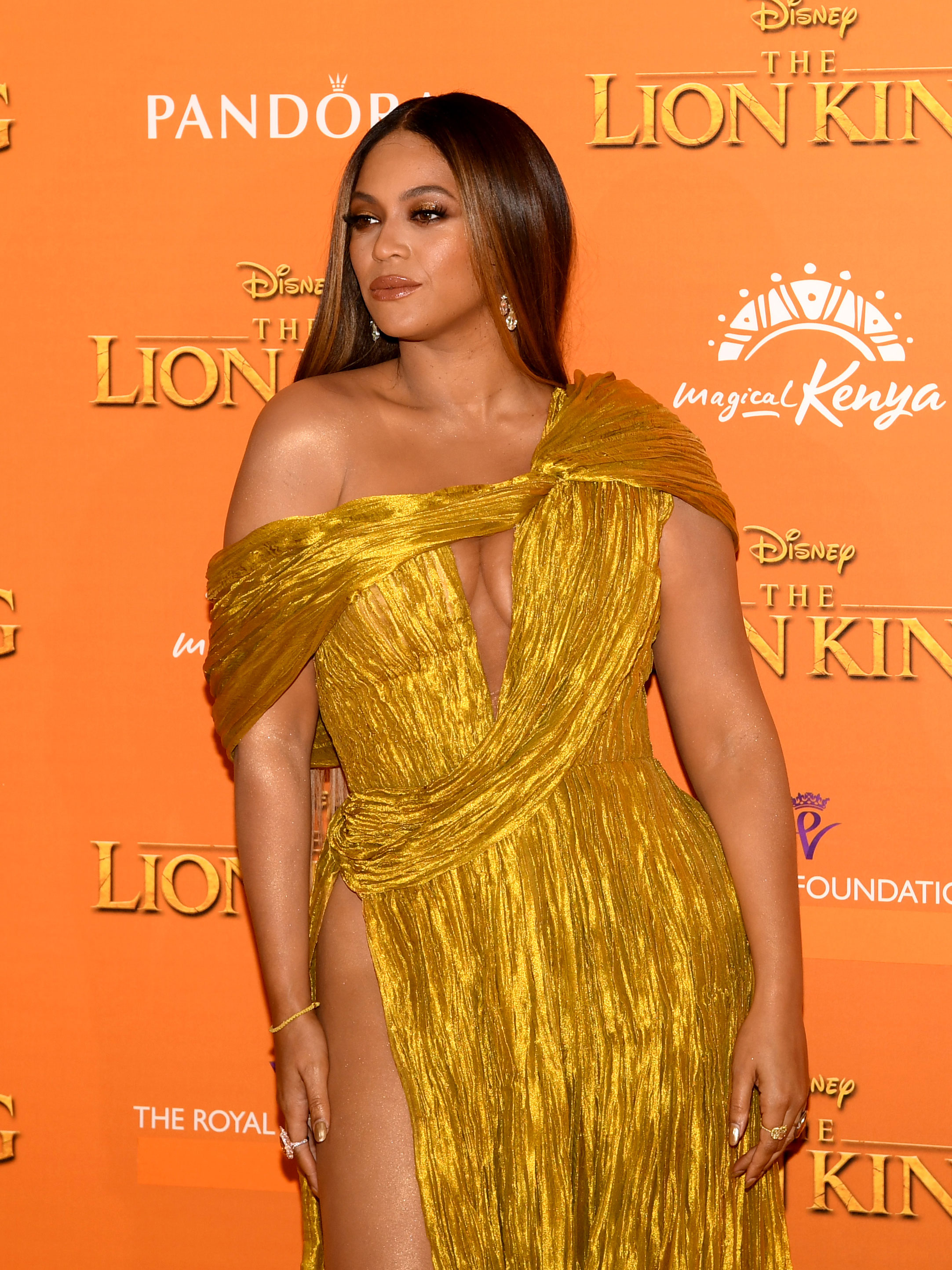 Judi said: ‘These two greet one another with a ritual that defines them as warm friends.

‘Meghan performs a head tilt of friendly recognition as she gets to Beyoncé in the line up, then announces and instigates the embrace by raising her left hand up.

The women start with a cheek-kiss that converts into a mutual hug, with Beyoncé closing her eyes to register deep affection. 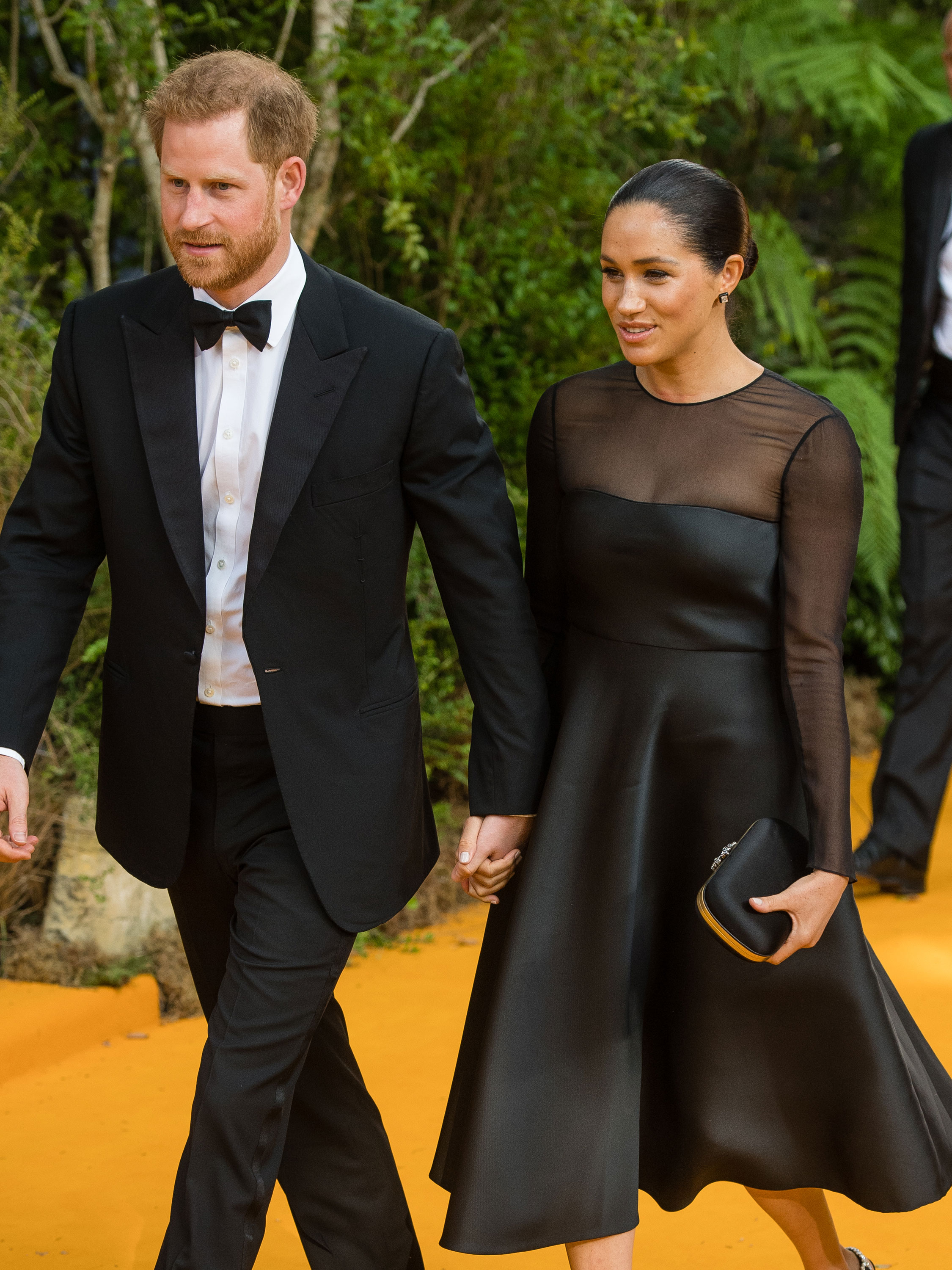 ‘They keep their hands in place as they part to talk, with their left hands clasped and performing the kind of judder that is a strong tie-sign of mutual friendship.

‘Meghan then looks impatient to introduce Harry to Beyoncé, touching Beyoncé’s arm before the pair perform a cheek-kiss.’

Britney Spears Has a Conspiracy Theory About Paparazzi Photos