Megan Thee Stallion is coming in hot with her look for the 2021 GRAMMYs!

The 26-year-old rapper, who’s received four nominations including Best New Artist, dressed to impress for the awards show Sunday night, wearing a fantastic bright orange strapless gown by Dolce & Gabbana. The design featured a thigh-high slit and a dramatic bow on the back.

She accessorized with Chopard jewelry, which included a necklace that has almost 100 carats of diamonds.

This is the first of many looks we’re expecting from Megan on Sunday, as she’ll be taking the stage to perform her hits “Body” and “Savage” during the ceremony. Later, she’ll also be performing “WAP” with Cardi B, a performance you definitely won’t want to miss!

“I’m bringing what the Hot Girl Coach brings,” she told ET’s Kevin Frazier on the red carpet about her performance. 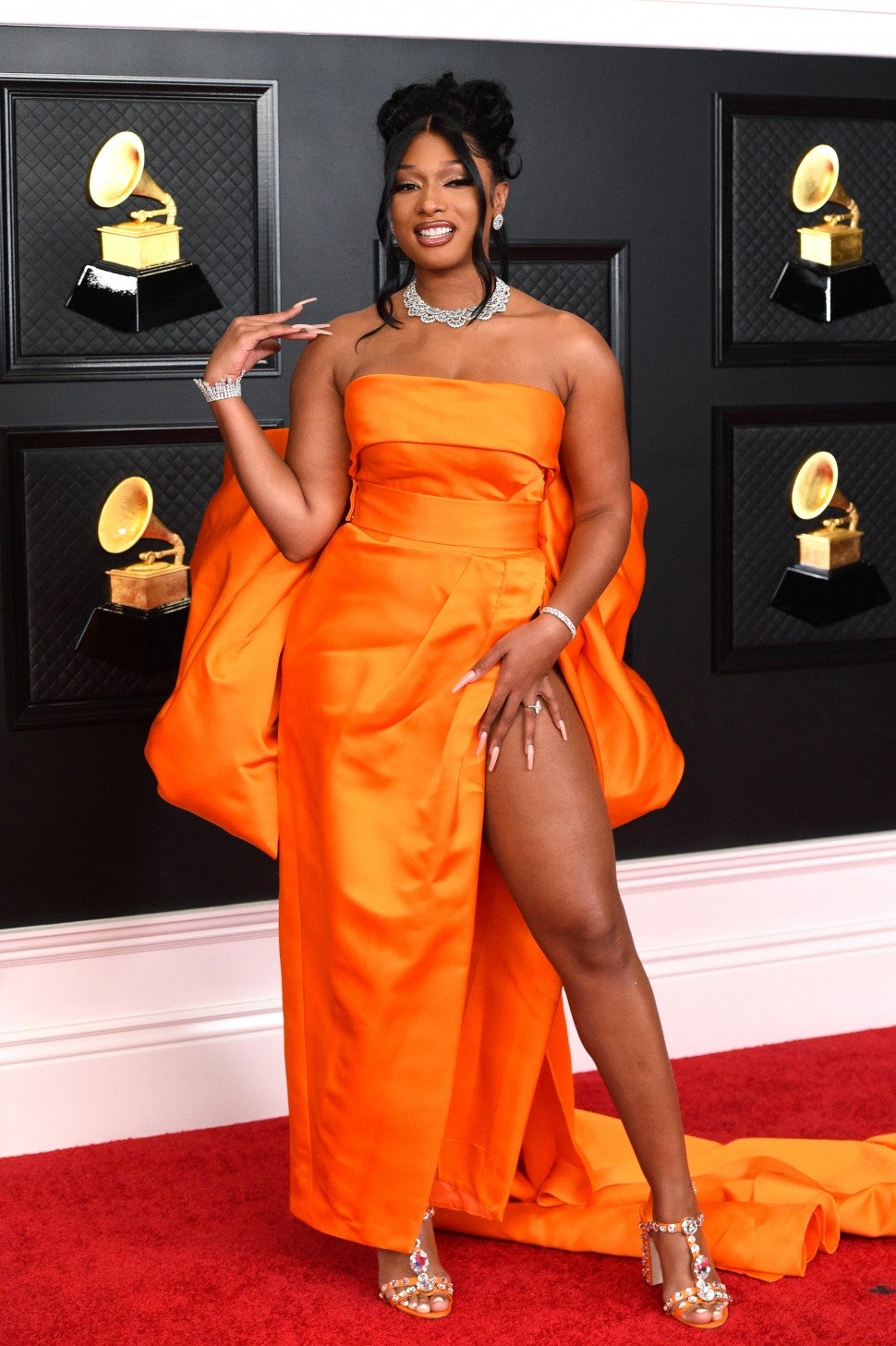 On top of her GRAMMYs recognitions, Megan is also celebrating another big milestone: graduating college. The multi-talented entertainer told Harper’s Bazaar last month that she’s in her final semester of college at Texas Southern, where she’s pursuing a degree in health administration.

“Before my mom passed, she really would be on my butt about getting my degree,” Megan said of her mother, Holly Thomas, who died in 2019. “You fought through the procrastination. You fought through crazy professors. You made it home the next day from the party and still went to class. You know what I’m saying?”

The 63rd GRAMMY Awards air Sunday, March 14 at 8 p.m. ET/5 p.m. PT. Follow along right here at ETonline.com for everything you need to get ready for the annual awards show, including how to watch the GRAMMYs, GRAMMYs performers, Best Dressed stars and more.