Megan Thee Stallion is standing in solidarity with the Asian-American community following the senseless spa shootings in Atlanta earlier this month. The GRAMMY-winning rapper took to Instagram Sunday to announce that she’s partnering with Fashion Nova Cares and Asian activist, May Lee, to donate to Advancing Justice, an Atlanta-based nonprofit dedicated to the civil rights of AANHPI in Georgia and the Southeast.

Eight people were killed in the attacks, with six of those people being of Asian descent. Two days after the March 16 incident, police announced that 21-year-old Robert Aaron Long was arrested for and confessed to the rampage, though he claims it wasn’t racially motivated.

“I am heartbroken by the loss of eight individuals taken from their families on March 16 in a senseless, violent attack against Asian Americans,” the rapper wrote.

In memory of the victims, Megan, Fashion Nova and Lee are partnering to donate $50,000 to the nonprofit.

“To honor the memory of these victims, @FashionNova and I have partnered with the journalist and Asian activist @mayleeshow on a $50,000 donation to @advancing_justice_atl who work tirelessly to protect the civil and human rights of Asian Americans in Georgia and the Southeast,” the rapper pledged.

Adding, “We stand in solidarity with all Asian Americans in saying that enough is enough. #StopAsianHate #StandWithAANHPICommunity.”

Megan is just one of many celebrities speaking out against the rise in hate crimes against the Asian-American community.

Rihanna, Pharrell Williams, Ariana Grande, Joe Jonas, Mindy Kaling, LeBron James and more have taken to social media in the wake of such incidents and have provided resources for people who want to help.

The shootings came amid increasing rates of racial violence against Asian Americans, which have skyrocketed since the beginning of the coronavirus pandemic. Stop AAPI Hate, which was created in response to the increase in anti-Asian hate crimes amid the pandemic, released a report stating that it received 3,795 reports of incidents between March 2020 and February 2021.

Chrissy Teigen Shares a Call to Action Against Anti-Asian Violence 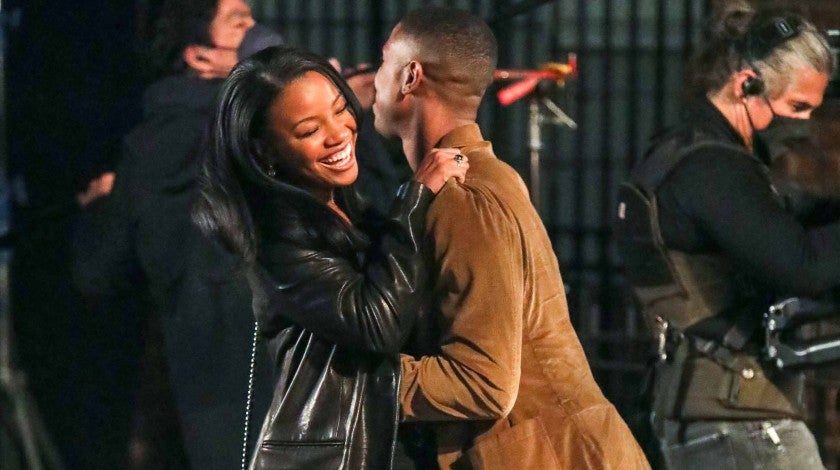 Dean Cain: Superman being bisexual in DC Comics is 'bandwagoning'

Teresa Giudice's New Fiancé Secretly DM'd Her Ex-Husband Joe – But It's Not What You Think!