PICTURED: Matthew Perry looks worse for wear as he puffs on cigarette during spin through LA in first sighting since Friends reunion

Matthew Perry looked worse for wear while out in Los Feliz in his first sighting since the Friends reunion aired four months ago.

Perry, 52, was spotted puffing on a cigarette while driving with a friend through the Los Angeles neighborhood on Saturday.

The actor also stopped for coffee at Starbucks, picking up an extra large blended beverage.

Coffee break: Matthew Perry looked worse for wear while grabbing coffee in Los Feliz in his first sighting since the Friends reunion aired four months ago

Overall the actor appeared relaxed as he took a spin through the city, at one point resting his arm out the open window of his car.

The sighting marked the first time Matthew had been seen publicly since starring in the Emmy-nominated HBO Max show, Friends: The Reunion. 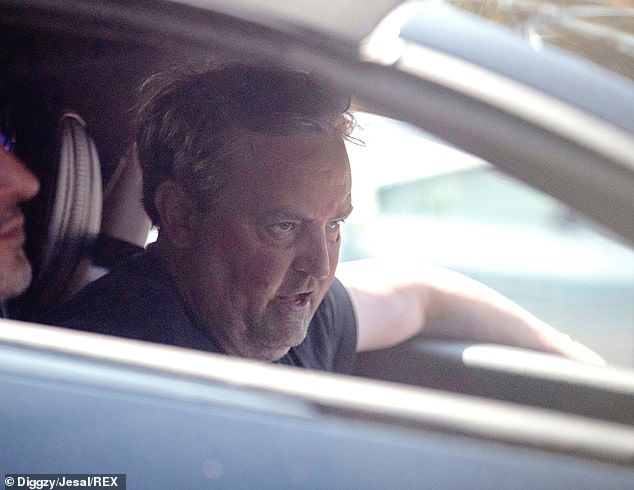 On the go: The actor rested his arm out the window as they cruised through the city 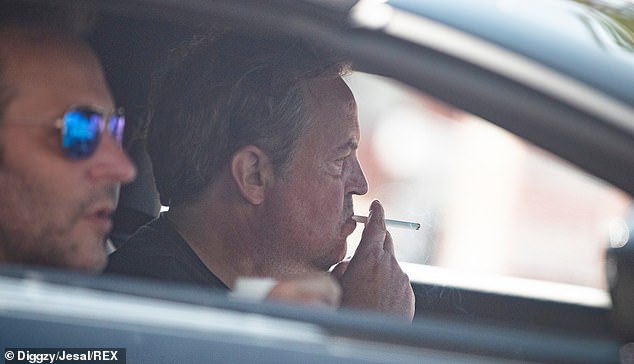 Smoke break: Perry appeared contemplative as he puffed on his cigarette

On the show, the actor admitted he was gripped with nerves as the show was shot in front of a live audience, with their reactions driving potential script changes, and he lived in terror of them not finding his performance funny.

‘To me, I felt like I was going to die if they didn’t laugh,’ he said. ‘It’s not healthy, for sure, but I would sometimes say a line and they wouldn’t laugh and I would sweat and just go into convulsions if I didn’t get the laugh I was supposed to get. I would freak out.’

Matthew’s admission shocked his co-stars as Lisa Kudrow replied: ‘You didn’t tell us that. I don’t remember you ever saying that.’ 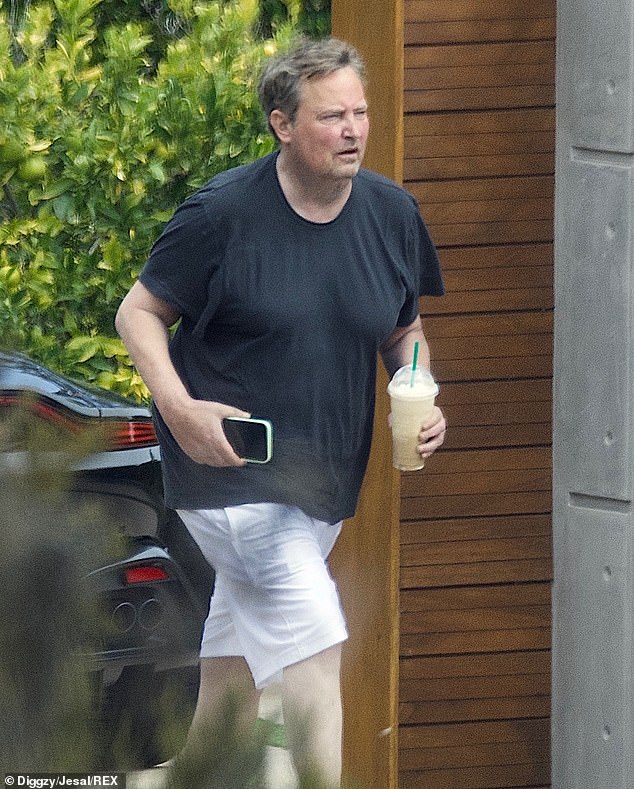 Out and about: The sighting marked the first time Matthew had been seen publicly since starring in the Emmy-nominated HBO Max special, Friends: The Reunion 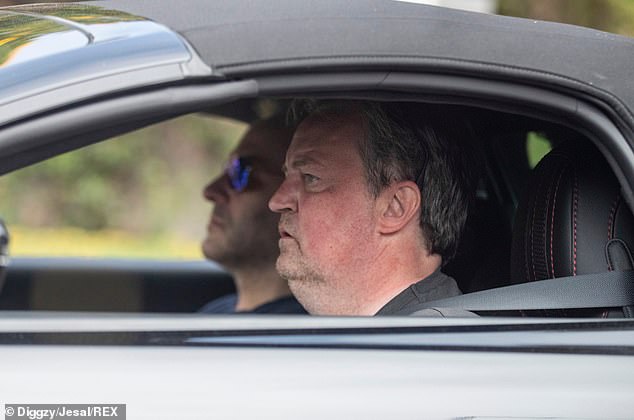 ‘I would freak out’: On the show, the actor admitted he felt as though he was ‘going to die’ if his jokes on were not met with laughter by the audience

Matthew admitted: ‘I felt that every single night.’

Matthew has battled addictions to Vicodin, methadone, amphetamines and alcohol through the years, and also had two stints in rehab.

Critics noted there was ‘palpable unease’ on set of the HBO Max reunion.

‘The special ultimately declines to discuss any of his troubled experience explicitly, but it nonetheless lingers around the margins with palpable unease,’ Variety critic Caroline Framke said.

‘When his castmates talk about staying in touch with each other, he cracks a joke about how he doesn’t hear “from anyone” so dryly that it’s impossible to tell if it’s actually a joke.’

Fans also noticed Perry’s slurred speech in reunion promos, which was later addressed as due to an ’emergency tooth procedure’ performed on the day of filming. 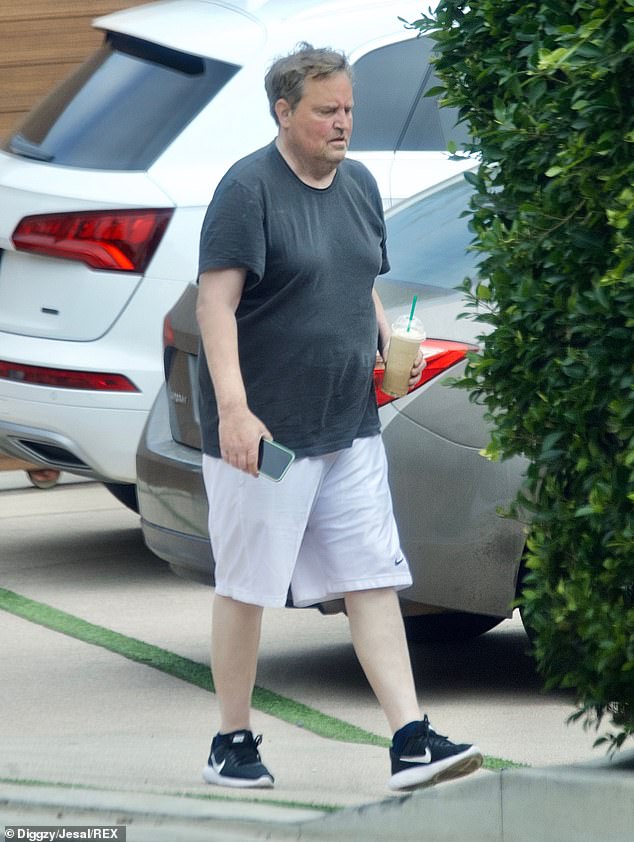 Sparked concern: Fans also noticed Perry’s slurred speech in reunion promos, which was later addressed as due to an ’emergency tooth procedure’ performed on the day of filming 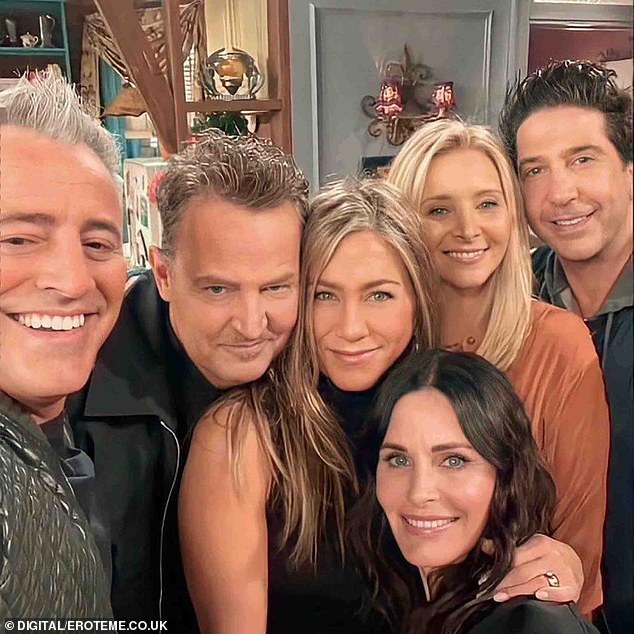 I’ll be there for you! Perry reunited with his all-star cast for the long-awaited Friends reunion which premiered this year

Get to Know ‘This Is How I Lost My Friends’ Rising Star Laraw With These 10 Fun Facts! (Exclusive)