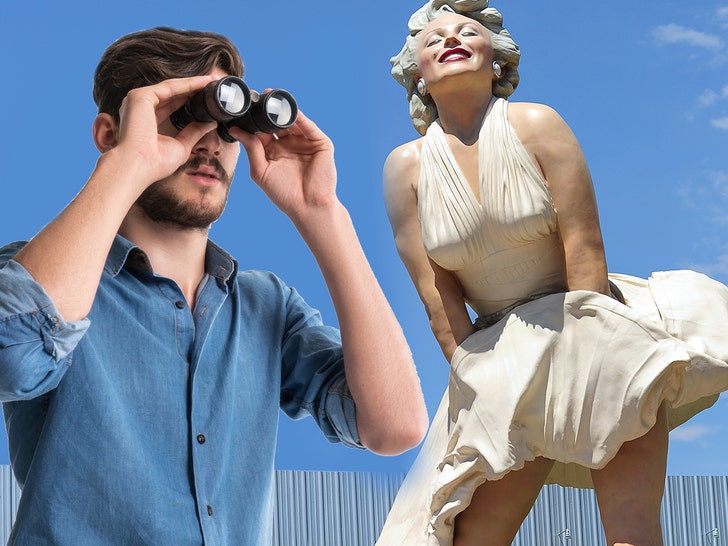 The folks tasked with returning the giant Marilyn Monroe statue to Palm Springs say haters need to give her a shot, claiming kids won’t be able to see up her skirt with the naked eye.

PS Resorts is the tourism organization bringing back the 26-foot tall stainless steel monument that will soon tower in front of the entrance to the Palm Springs Art Museum … and honchos are brushing off concerns students will get an eyeful of her panties.

Aftab Dada, Chairman of PS Resorts, tells TMZ … experts determined kids leaving the museum would need binoculars to catch a glimpse of her underwear, and people just need to give Marilyn a chance because she’s harmless. 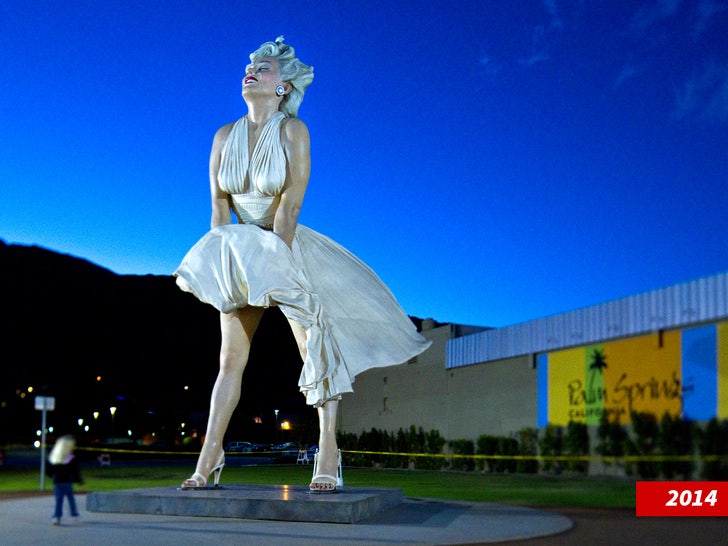 The statue, dubbed “Forever Marilyn,” is coming back after a 7-year hiatus, and once it goes up in June it’s got 3 years to stand in front of the museum, which opposes the whole thing.

The museum’s board of trustees tells us the statue’s placement outside makes it seems like it’s part of their collection, and they feel it’s in poor taste … but PS Resorts says the statue will be over a football field’s length away from the museum, and that’s plenty of separation.

Dada says the statue will bring back tourists to Palm Springs after the pandemic, and he’s pleading with folks to give it a couple years until a study on the economic impact comes out.

He’s also taking a parting shot at the museum … telling us Marilyn will be a huge plus for the struggling business, whose opposition shows “they clearly don’t want visitors.”

Lebron James’ 14-Year-Old Son Looks to Be Amazing at Basketball, Too!

Critics Choice Awards: All the winners as the industry celebrates TV and film