Lorraine Kelly has taken to Twitter to pay her respects to the Queen following the heartbreaking news of her death. The ITV daytime presenter, 62, praised the Queen in her own unique way after she made a shocking discovery about the royal.

In view of her 712,000 followers, the ITV star shared a post from Emmy winner Danny Deraney.

It read: “Queen Elizabeth was the only person in the UK allowed to drive without a licence.”

He also shared a snap of the Queen below the wheel of one of her cars.

Lorraine promptly addressed the post, admitting she had never heard of it before. 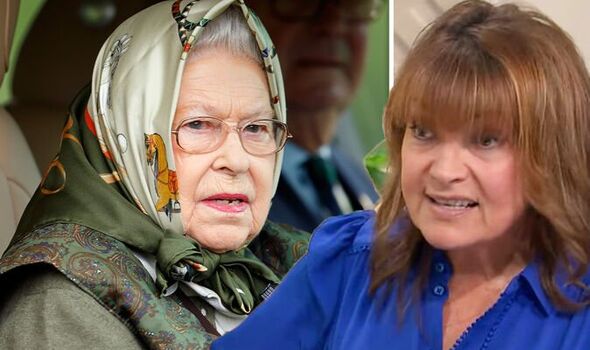 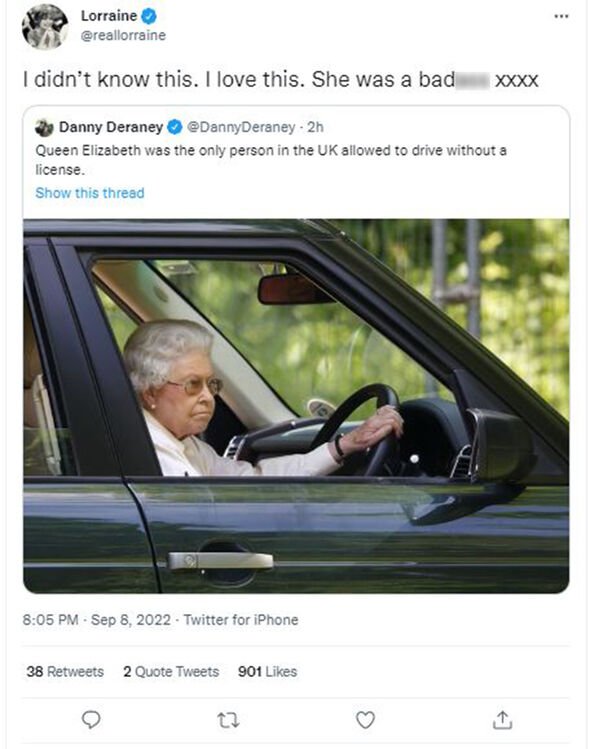 She wrote: “I didn’t know this.

Following her post, Lorraine’s fans took to the comments to weigh in on the matter.

Disputing the claim, twitter user @therealCDRL wrote: “@reallorraine Not true, a lot of people over a certain age didn’t have to get a licence. 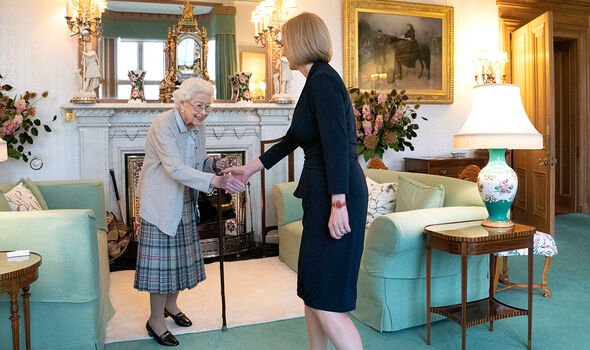 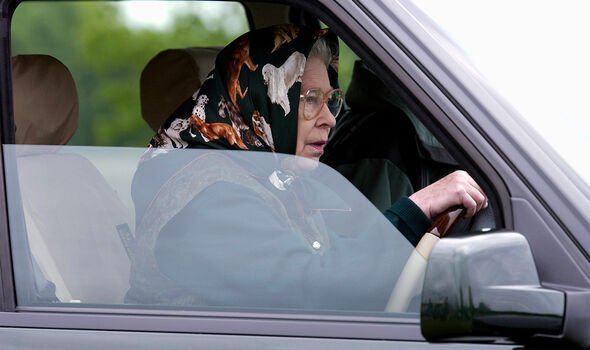 “Still people on our roads that never sat a test but can legally drive.”

However, @guildwars22 fired back: “Legally she didn’t need a licence as well the laws are written in her name.”

@StephEoo7 commented: “She was so totally awesome!! Her smile is making me cry.”

While @serinastenson added: “Makes sense it was her land god bless her.”

It comes after the Queen passed away aged 96 at her private royal residence in the Scottish Highlands, one of her favourite places, surrounded by close family who rushed to be at her side.

Charles has become King Charles III having acceded to the throne immediately on the death of his mother.

In a statement at 6.30pm, the Palace said: “The Queen died peacefully at Balmoral this afternoon. The King and the Queen Consort will remain at Balmoral this evening and will return to London tomorrow.”

The UK will enter a period of national mourning for the Queen, who dedicated her life to royal duty and for most Britons is the only monarch they have ever known.

In a statement, Charles said: “The death of my beloved mother, Her Majesty the Queen, is a moment of the greatest sadness for me and all members of my family.

“We mourn profoundly the passing of a cherished sovereign and a much-loved mother. I know her loss will be deeply felt throughout the country, the Realms and the Commonwealth, and by countless people around the world.

“During this period of mourning and change, my family and I will be comforted and sustained by our knowledge of the respect and deep affection in which the Queen was so widely held.”

The Queen’s coffin will lie in state Westminster Hall in the Palace of Westminster to allow the public to pay their last respects, before her funeral is held in Westminster Abbey in around 10 days.