Melissa Gilbert got her first big break as Laura Ingalls on Little House on the Prairie. After the series ended, she landed roles after the NBC series on Nip/Tuck, 7th Heaven, and Fat Actress. She also acknowledged her popular character by naming her memoir, Prairie Tale, after the hit show. 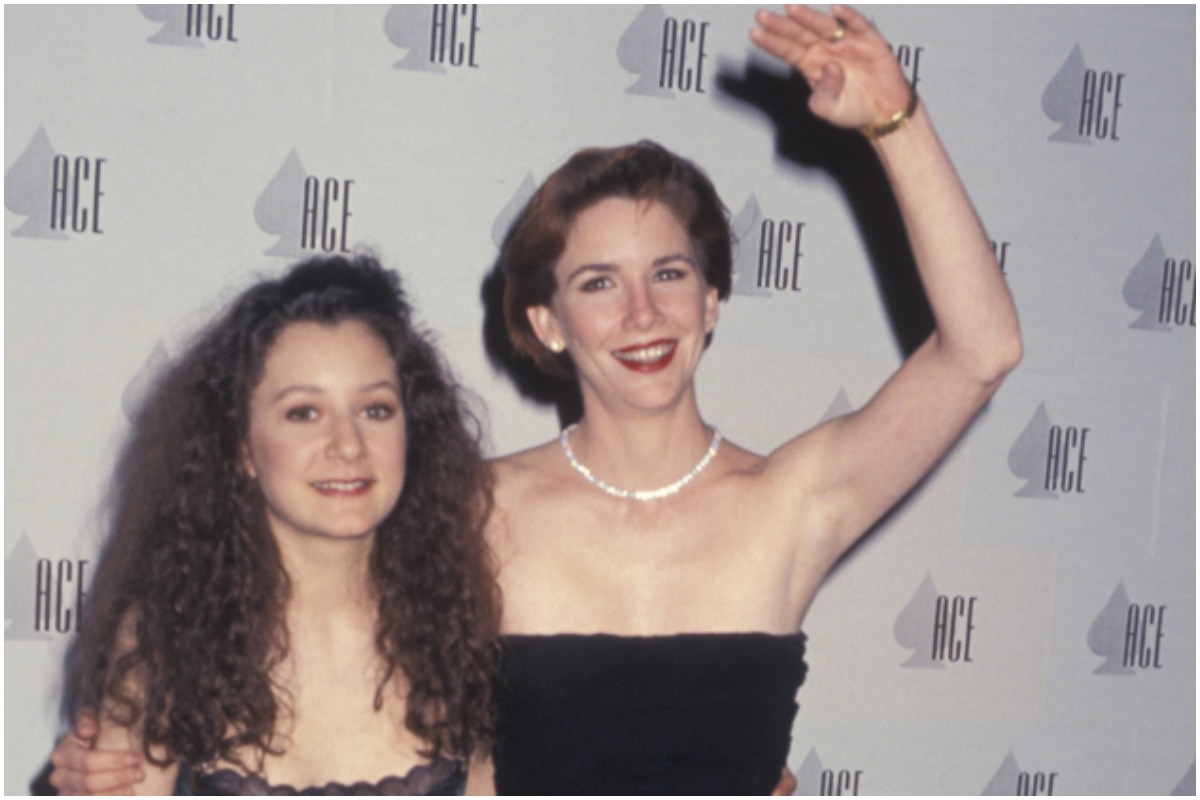 In the 1990s, the Miracle Worker star’s sister, Sara Gilbert, started to follow in her footsteps.

Melissa was born on May 8, 1964, in Los Angeles. She was adopted by her parents, entertainers Paul Gilbert and Barbara Crane when she was an infant. According to Prairie Tale, Melissa’s parents weren’t sure if they wanted to be adoptive parents when they initially heard about her. As her stepfather, Warren Cowan, was dying; she said her mother revealed that she and Paul were trying for a biological child but decided to bring her home instead.

“Tired and vulnerable, she opened up and said that she and my father had been trying to have a baby and were actually going through fertility treatments when she got the call,” Melissa wrote of her mother. “The strange part was, until then, they had not spoken about adoption — or so she said.”

Once Melissa was born, the Gilberts decided to add another addition to their family. Paul and Barbara adopted son Jonathan Gilbert in 1967. However, the couple divorced in 1972 after 10 years of marriage. In 1973, Paul died by suicide. The cause of her father’s death was kept from Melissa for multiple years.

At the time of Paul’s death, Barbara had already married an attorney named Harold Abeles. After they tied the knot, the couple welcomed a daughter, Sara, on Jan. 29, 1975.

Melissa’s mother came from a star-studded family. Her father, Harry Crane, created the popular TV show, The Honeymooners in the 1960s. Additionally, Barbara appeared in movies in the 1950s, including Unwed Mother and Sorority Girl.

With her mother’s background, it came as no surprise that Melissa would venture into acting. She booked several commercial appearances before she played Laura Ingalls. Once Melissa joined the cast, her brother, Jonathan, followed suit. The actor starred on the show as Willie Oleson, the sibling of Laura’s rival, Nellie.

Soon after seeing her sister’s success, Sara decided to try her hand at acting. According to AmoMama, the Roseanne star’s decision came after she saw Melissa receive a star on Hollywood’s Walk of Fame. The Splendor in the Grass actor received her star in March 1985.

Once she saw her sister get recognized for her accomplishments, Sara decided to pave her way in Hollywood. In 1984, she appeared in the television movie Calamity Jane. She then booked her breakout role as Darlene Conners in Roseanne. Sara stayed on the series until it ended in May 1997. However, she reprised her character when the show was picked up for a reboot in 2018.

While working on the new Roseanne and eventually The Conners, the mother of three became overwhelmed with other projects. Before the show got picked up, she hosted, and executive produced CBS’ daytime show, The Talk. In April 2019, Sara decided to exit The Talk to focus on The Conners and her family.

Following her little sister’s announcement, Melissa shared via Twitter that she fully supported her decision to leave The Talk. She said the exit was the start of a new chapter for Sara.

“I love my baby sister [Sara Gilbert] so much,” she wrote. “I am so incredibly proud of her. She created an incredible show in [The Talk]. I know that this, for her, may feel like an ending, but I also know, with all my heart, that this is really the beginning. Just watch!”