This has been a tumultuous year at Longleat. First, Alexander, the outlandish 7th Marquess of Bath, fatally succumbed to coronavirus, then the fabulous Wiltshire house and its famous safari park was sealed off from the outside world.

But yesterday a new era dawned as Strictly star Emma Weymouth — or, more properly, the Marchioness of Bath, as she became when her husband Ceawlin succeeded his father as 8th Marquess in April — welcomed the first visitors to the 9,000-acre estate since the beginning of the Covid outbreak.

‘It’s going to be a phased reopening,’ explains Emma, 34, who has been chatelaine of Longleat since marrying Ceawlin in 2013. ‘Annual pass-holders will be the first to come back.’

But, as from Thursday, everyone will be welcome, although Emma emphasises that the reopening will be monitored. 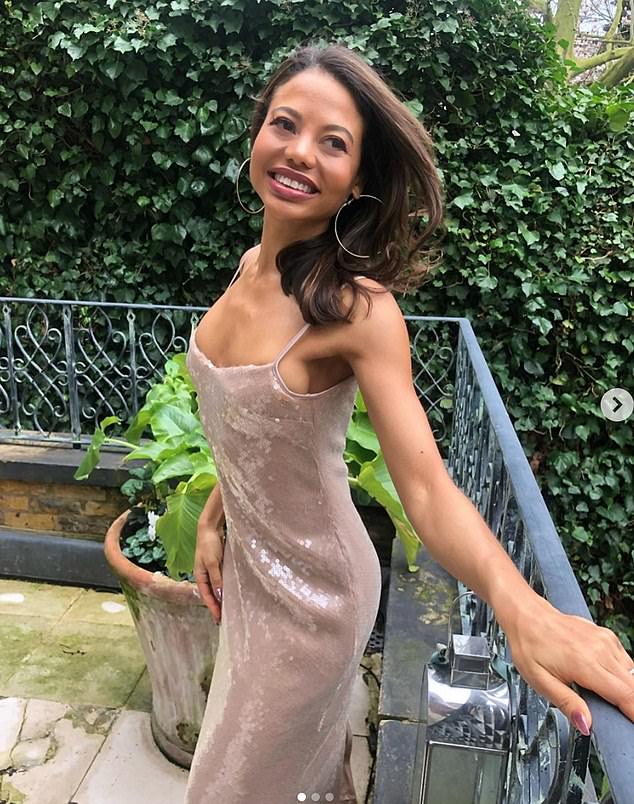 But yesterday a new era dawned as Strictly star Emma Weymouth (pictured) — or, more properly, the Marchioness of Bath, as she became when her husband Ceawlin succeeded his father as 8th Marquess in April — welcomed the first visitors to the 9,000-acre estate since the beginning of the Covid outbre 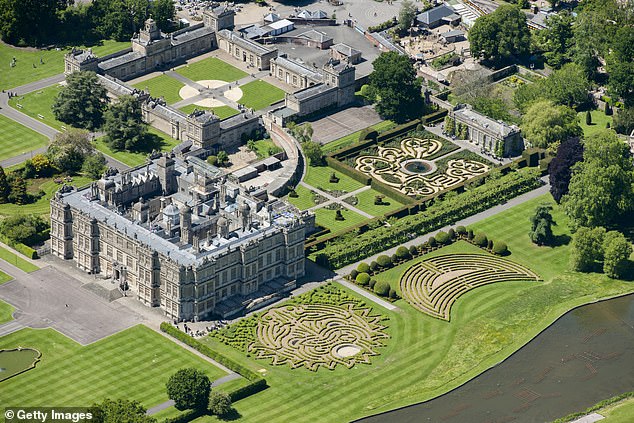 This has been a tumultuous year at Longleat. First, Alexander, the outlandish 7th Marquess of Bath, fatally succumbed to coronavirus, then the fabulous Wiltshire house (pictured) and its famous safari park was sealed off from the outside world 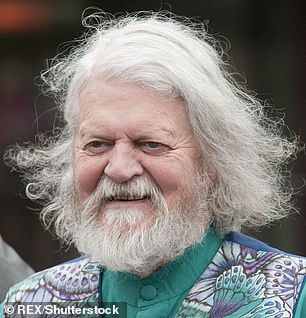 ‘We will be capping numbers and there will be social distancing. The loos will be available — cleaned very regularly,’ she says, adding that even after seven years at Longleat, she’s still thrilled by its extraordinary wildlife.

‘I hear the sea lions barking every day. I think it’s wonderful to share with everyone. It’s such an inclusive family place, and the team are so passionate. They work so hard.’

Earlier this year, two of that team flew Down Under to help with the wildlife rescue operation as Australia was ravaged by bush fires, which, it was feared, had wiped out 30 per cent of the koala population.

The reopening of Longleat is a heartening moment during what has been a difficult chapter for the family, which has had to contend with the old marquess’s death and also the separation of Emma’s much older brother, Iain McQuiston, from Ceawlin’s aunt, Silvy.

It was at Iain and Silvy’s wedding in 1989 that Ceawlin, then 15, first glimpsed Emma, a four-year-old bridesmaid.

Who’s that behind the flashy mask?

Actress Rosamund Pike, who has been spending lockdown in Prague, where she’s been filming Amazon TV series The Wheel Of Time, claims Covid-19 has turned her into a mask addict.

‘I’ve become a very willing mask wearer,’ says the Gone Girl star. ‘I’ve actually discovered my preferred mode of walking about any city and might well adopt it for evermore.

‘I’ve realised I’m very comfortable in mask, headphones, cap, glasses — ideally, no part of my face is exposed and I’m in my element.’

Pike has a favourite mask she calls her clubbing mask: ‘It has a battery pack and can actually flash in time to the music.

‘It’s also enjoyable to wear out. It not only responds to music, it responds to people’s voices, too. It flashes very hopefully to people as they talk to you.’

He may have a smoothie James Bond lounge lizard image, but Pierce Brosnan has recalled his youth as a bovver boot-wearing Mod in late Sixties London.

Brosnan, who left his native Ireland as a teen to study art, recalls: ‘Musically, I was a “mod” and into the Small Faces and The Who.

I hadn’t the money for a scooter, but I had Doc Martens, Ben Sherman shirts and the braces.

‘I was living in Fulham but I had a good mate who was a Tottenham supporter, so we would go there and watch football. It was mayhem.’

Lady Amelia Windsor, once dubbed the most beautiful royal by Tatler, is using her dress sense in a good cause and has voiced her support for Cro-Che designs.

The Duke of Kent’s 24-year-old granddaughter, an aspiring fashion designer, shared a picture of herself wearing one of their £225 fuchsia pink dresses.

‘Cro-Che dresses are handmade by independent female artisans around the world,’ she says.

‘They work from home, allowing them to be with their family instead of having to travel to big cities to work in crowded and often unsafe factories.

‘Crochet technique allows for little or no waste and creates a gorgeous pattern. Love this dress and its story.’

‘In what could be the most disappointing Zoom call of their lives, actors and directors from Chernobyl, The Crown, Fleabag and the rest are going to have to dress up and sit in their kitchens hoping the wifi doesn’t kick out.

Royal Ascot starts today, but with spectators banished, leaving just a handful of trainers and course officials to watch the action.

Trainer George Baker, who has a runner in tomorrow’s Royal Hunt Cup, which he won in 2013 with Belgian Bill, concedes that the absence of spectators has one advantage: ‘No disappointed owners to deal with face-to-face and pour lots of champagne down their throats.’

It’s chocs away for cook Joss

Prince Harry’s friend, singer Joss Stone, has found a new love for cooking while in lockdown.

The Devon-born star has launched an online food series called Cooking With Joss, in which she attempts to create dishes she has never made before. 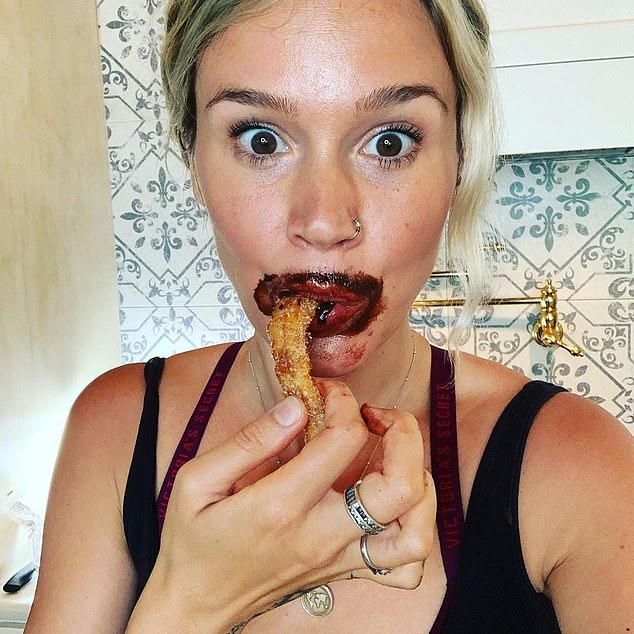 The 32-year-old posted this picture of herself after making churros, the fried pastry snack (pictured)

The 32-year-old posted this picture of herself after making churros, the fried pastry snack.

She writes: ‘Love learning new things with you all and now I am stuffed with chocolate and churros.’