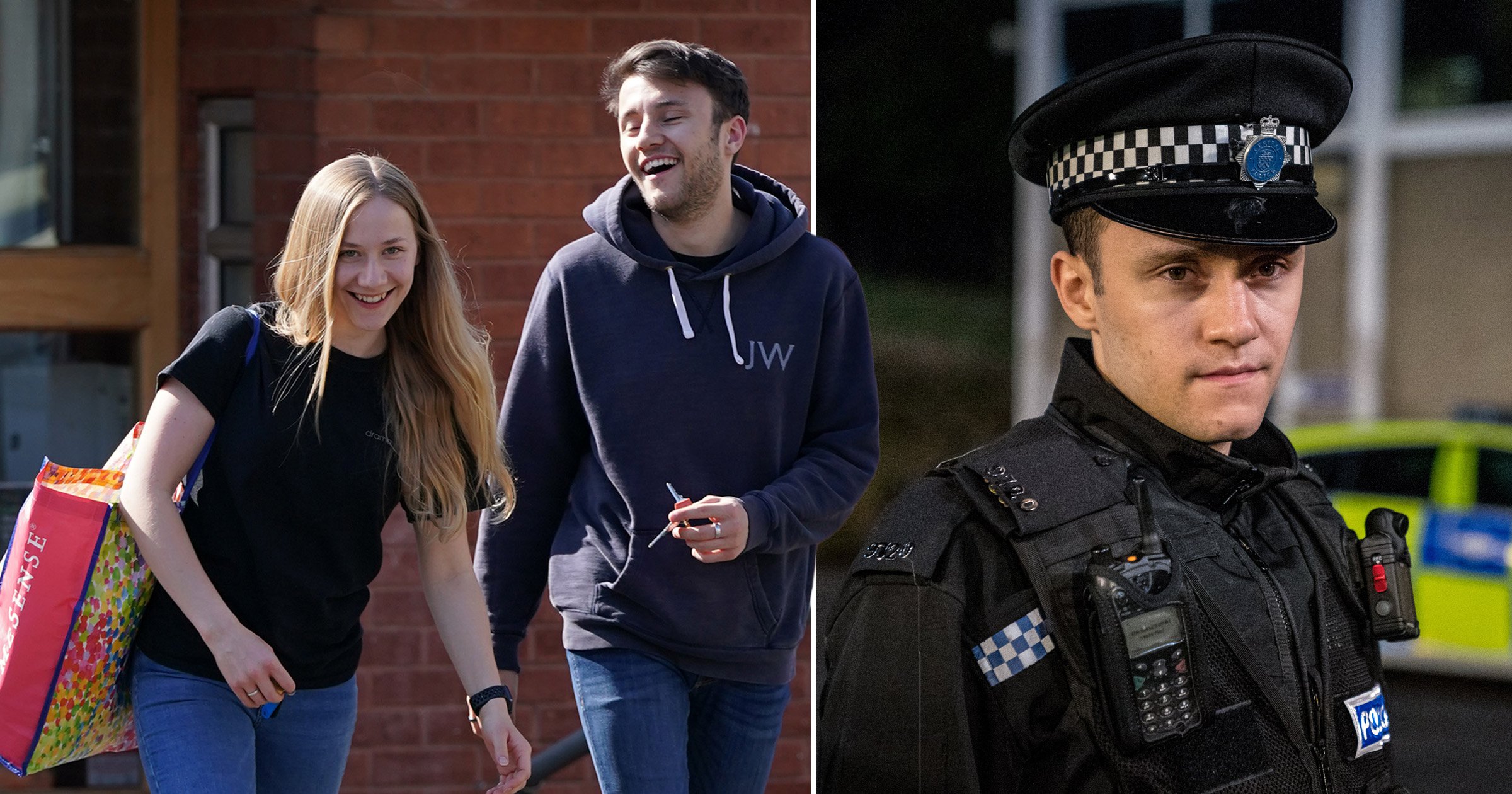 Line Of Duty star Gregory Piper has been spotted looking a far cry from his villainous character Ryan Pilkington as he shared a laugh with his girlfriend Rebecca Fuller.

The actor, who plays the villainous copper, and his partner were in good spirits as they made their way to the West Midlands church, where they teach drama classes for children and young people.

Gregory, 23, looked casual as he sported a navy hoodie with jeans and a pair of trainers, while also shielding his eyes from the sun with a pair of sunglasses.

Meanwhile, girlfriend Rebecca wore a black t-shirt with jeans and red-coloured trainers, as she carried a colourful bag over her shoulder.

Gregory has been dating Rebecca for five years, with the pair celebrating their anniversary together last December.

The star took to Instagram to share a sweet picture of him and his love, as he wrote: ‘Happy anniversary baby!!! 5 whole years! Mad to think how quickly it’s gone!

‘Time flies when you’re in love. You’re my rock to the moon and back girly.’

In the meantime, Gregory has kept Line Of Duty fans on the edge of their seats after his character Ryan was involved in a shocking cliffhanger which aired at the end of the show’s last episode.

The scene in question saw Ryan involved in a tense showdown with Kate Fleming (Vicky McClure), with both drawing guns at each other.

Both characters screamed at each other to drop their guns, but, before we knew it, the episode cut to black as gunshots rung out, leaving fans wondering who, if anyone, had been shot.

And some viewers think they may know what the outcome may be thanks to a teaser trailer that was released in March ahead of the start of series six.

The clip sees Superintendent Ted Hastings (Adrian Dunbar) seemingly speaking to both Kate and Jo Davidson (Kelly MacDonald) in the street, saying they will be ‘treated fairly with the full protection of the law’.

The two women are wearing the same clothes from the previous episode with Jo standing with her hands raised. 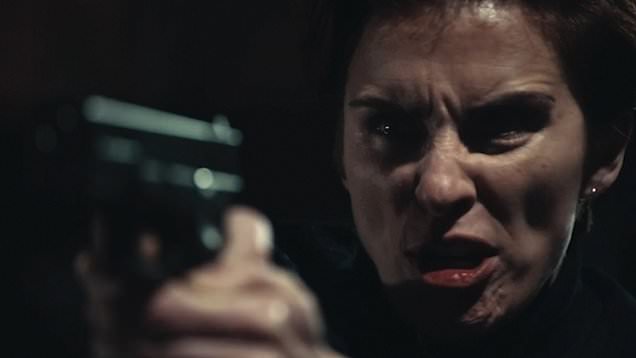 Many have predicted this scene takes place after the stand off in episode five, so if Kate and Jo are still standing, then Ryan might have been the one who was shot.

And if that wasn’t enough, some fans have spotted that Vicky is missing from the cast list for the series’ forthcoming episode.

Although after all, it could be a red herring.

Kevin Hart Defends Ellen DeGeneres: ‘We Are Falling in Love with People’s Downfall’