After Larsa Pippen tried to set the record straight on when she started dating Malik Beasley, his ex, Montana Yao, jumped in with quite a different story.

Things are getting intense in the Larsa Pippen, Malik Beasley and Montana Yao love triangle. Larsa took to Twitter on Dec. 27 to comment on some Internet rumors that had begun circulating about her, and she also briefly dished on her romance with Malik. “Malik and his ex were separated before I ever met him,” Larsa tweeted. “That’s a fact.”

When Larsa and Malik were first spotted together in November, fans were under the impression that he was still with his wife, Montana, who he shares a son with, but Larsa is insisting that’s not the case. However, Montana stands by the original timeline. In direct response to Larsa’s tweet, she wrote, “This is 100% false. Continue to speak on my name and my relationship and we’re going to have issues. Receipts don’t lie. Let’s not go there. I think you’ve embarrassed yourself enough already.”

News of Larsa and Malik’s romance went public when they were photographed holding hands in Miami in November. Shortly after the outing, Montana hinted on social media that this was the first she knew of Malik’s new relationship. “This is wild y’all,” she wrote, cryptically, on Instagram. “I’m seeing it for the first time like y’all.” 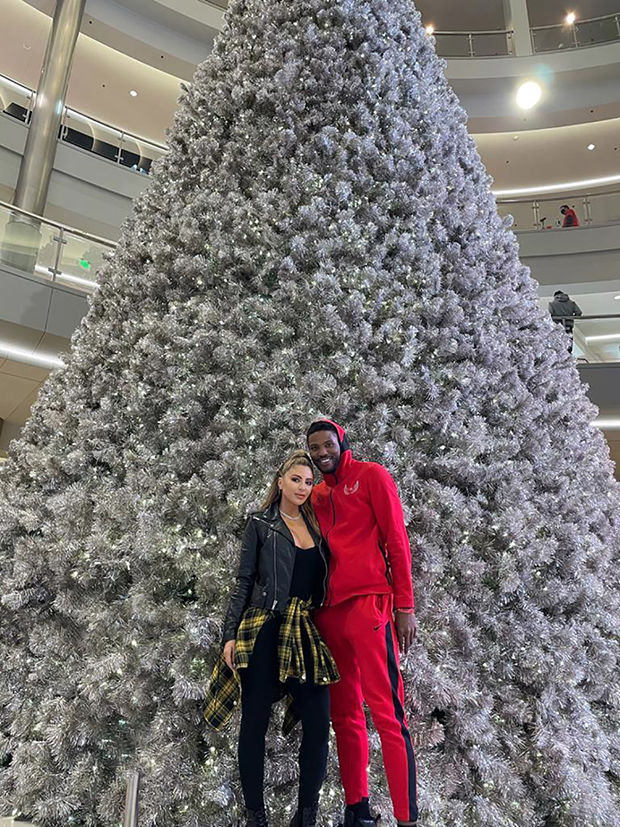 Montana eventually filed for divorce from Malik on Dec. 8. She also publicly called Malik out on social media for never issuing her a private or public apology. “Things have been pretty rough, I’m not going to lie,” Montana wrote in her post. After the divorce filing, Larsa and Malik continued to flaunt their new romance when she flew to Minnesota to spend more time with him.

Not only did the two make their relationship publicly official by posing in front of a Christmas tree, but they were also spotted nearly kissing each other during another outing. Amidst all of this, they’ve also been throwing each other ‘likes’ and flirty comments on Instagram.

Now that the dust has somewhat settled, though, Montana seems to be ready to move on. On Christmas Eve, she even uploaded a video of herself rapping about how she’s ready to live for herself and not the man in her life. “I’m not impressed by you, boy you a sloppy mess,” she rapped, seemingly referencing Malik. “Went and did me wrong and try to send a miss you text. That don’t work on me, that ain’t how it goes, you went and picked a side with a lame a** thirsty h**.”