Lady Gaga waved to onlookers when she walked out of Radio City Hall in a stylish summer outfit that showed off her toned figure and was paired with sunglasses and platform boots.

Lady Gaga, 35, turned heads on Aug. 4 when she left one of New York City‘s biggest venues in a skin-baring outfit! The singer rocked a powder blue sleeveless crop top and matching leggings that ended above her knee as she left Radio City Music Hall. She paired the epic look with pointy framed sunglasses and thick gold hoop earrings as her hair was pulled up and back. 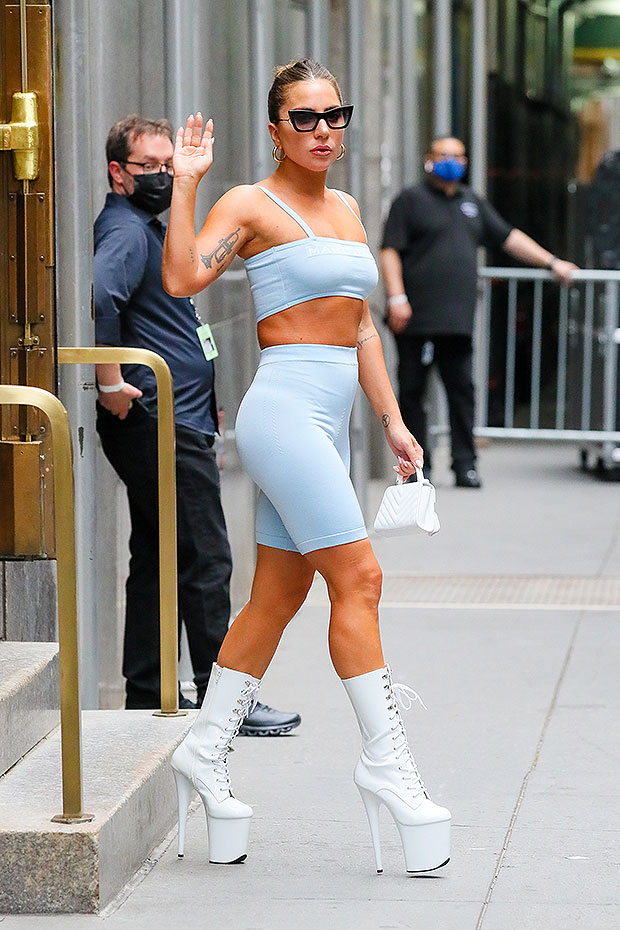 She added laced platform white heeled boots to the look and carried a mini white purse as she appeared to wave at onlookers who were in the area. She also wore a pinkish lipstick and her toned midriff could be seen between her top and shorts. 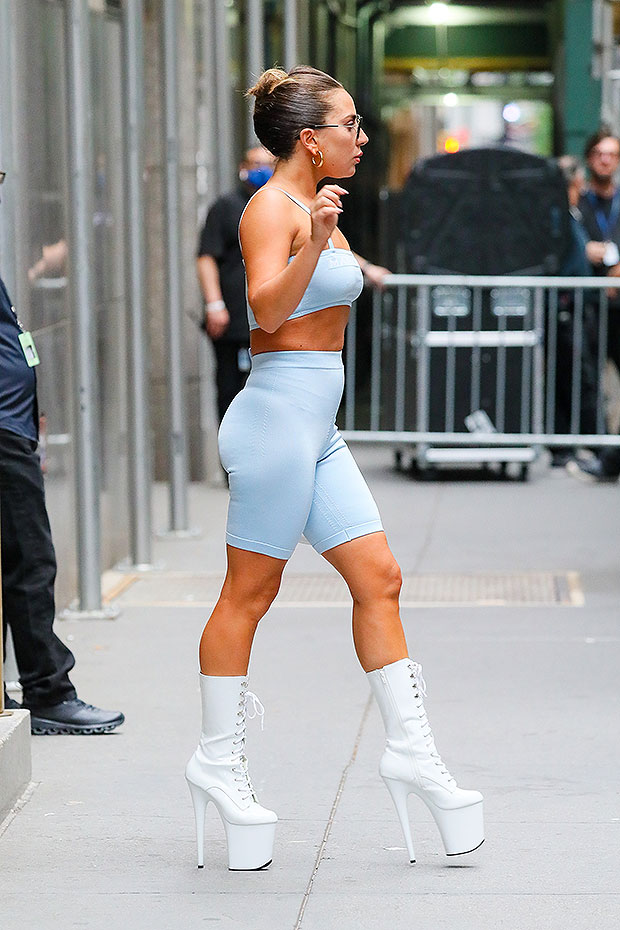 Gaga seemed to be leaving rehearsals for her epic shows with legendary singer Tony Bennett, 95, who has been battling Alzheimer’s disease since 2016. She already performed with him at the iconic NYC venue and is set to do it again on Aug. 5. Their set of shows is being called, One Last Time: An Evening With Tony Bennett And Lady Gaga, and is apparently the “last NYC performances of” Tony’s “career,” according to a press release.

The dynamic duo has been performing various hit songs such as “Luck Be A Lady” and “What A Difference A Day Makes” together at the shows and are getting ready to release their second album together, Love For Sale, which comes out on Oct. 1. Their first album, Cheek to Cheek, was released in 2014.

When Gaga isn’t doing what she does best with Tony, she’s working hard in her acting career. She just finished filming Ridley Scott‘s upcoming film, House Of Gucci, in which she plays the role of Patrizia Reggiani, the ex-wife of Maurizio Gucci. Patrizia plotted to kill her husband after he left her for a younger woman in 1985 and he was eventually murdered by a hitman she hired in 1995. The feature will detail their turbulent marriage and divorce.