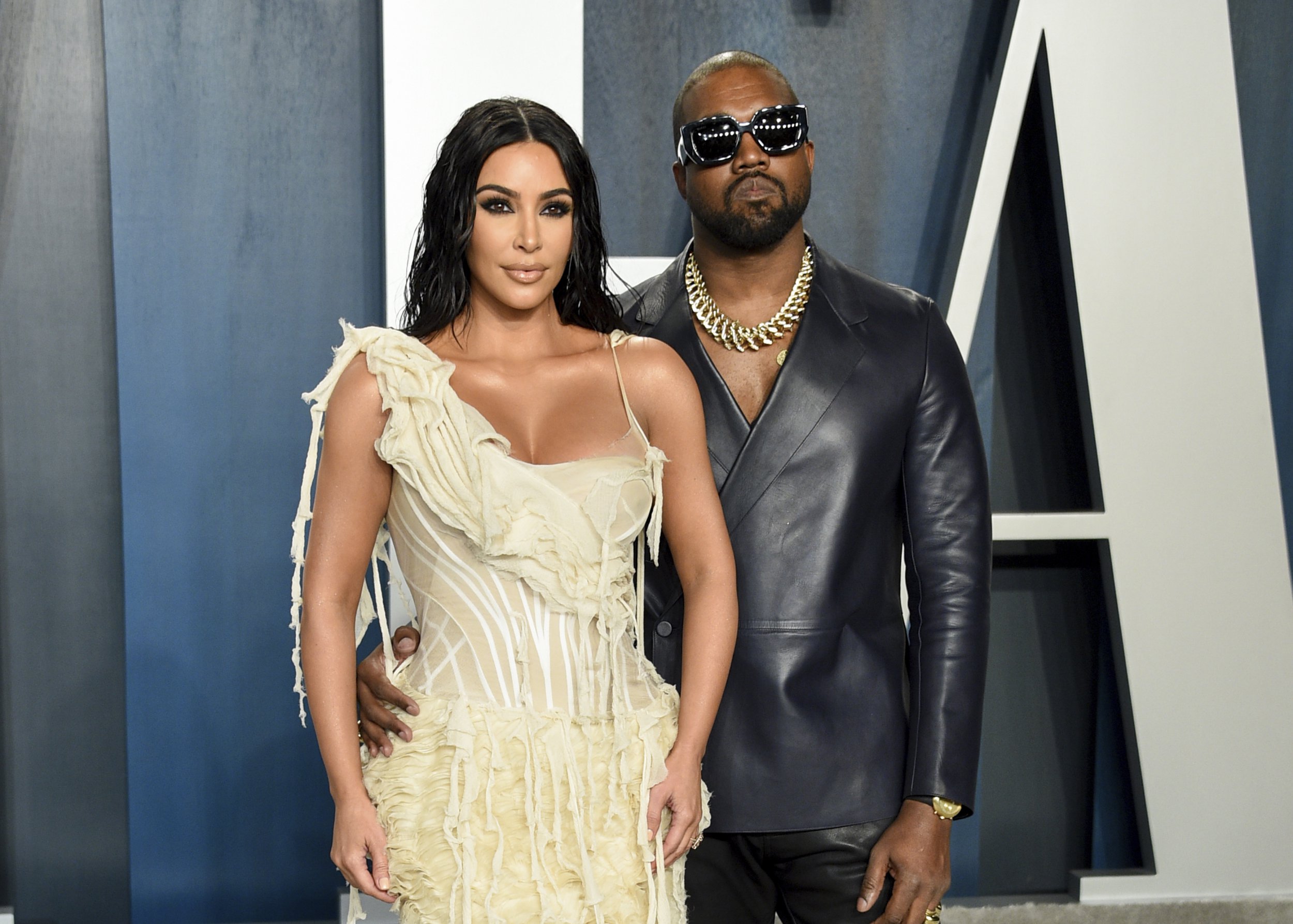 Kim Kardashian has fired back at Kanye West over claims he made about their children.

The Gold Digger rapper shared a series of now-deleted Instagram posts yesterday, claiming that the Keeping Up With The Kardashians star prevented North from attending his Donda 2 release party in Miami.

He also alleged that she was stopped from going to a basketball game, and was at a sleepover so had to miss his Sunday Service session.

In another post on social media, he shared a picture of three badges on the eight-year-old’s backpack, showing Kim, Kanye and an alien.

‘This was on my daughters back pack when I was “allowed” to see her last week,’ he captioned the upload.

‘This is why I go so hard for my family I am wired to protect my family at all cost As the priest of my home Don’t worry Northy God is still alive.’

Sliding into the comments below, Kim hit back at the caption – claiming that her ex-husband was at the family home earlier today.

‘Please stop with this narrative, you were just here this morning picking up the kids for school,’ she penned.

Kim and Kanye were married for six years and share four children together – North, Saint, Chicago and Psalm – before the Skims businesswoman filed for divorce last year.

She was declared legally single in a recent hearing, and has since made her relationship with Pete Davidson Instagram official, with the SNL star appearing to hit out at the Grammy-winner in leaked texts.

The Skims businesswoman famously set up a joint TikTok account with North in November – which boasts more than 6million followers, but her ex-husband voiced his upset over the account.

Lashing out at the latest TikTok post in a series of now-deleted videos on Instagram, he said: ‘Hey everybody, I just got off the phone with Kim. I told her to stop antagonising me with this TikTok thing.

‘I said it’s never again. I am her father. I know y’all don’t respect fathers and the idea of family, and media tries to promote something.

‘I said I’m not allowing my daughter to be used by TikTok, to be used by Disney. I have a say so. And then when people say, “Oh, they’re gonna use this for you in court.”

‘I didn’t have a say so on whether or not they went to [school]. Most men do not… There’s no such thing as 50/50 custody in society today. It always leans towards the mum.’

Heidi Klum Shares Rare Photos of Her Kids While Sightseeing in Germany!