Kevin Clifton couldn’t resist sharing a candid moment between him and girlfriend Stacey Dooley with fans. The Strictly Come Dancing star posted in view of his 248,000 Twitter followers that she had “cried”.

The 37-year-old went on to reveal the reason she was feeling emotional, and many agreed with her.

The dancer explained how it was all due to a popular Netflix show, that recently released its third season.

He tweeted: “My gf just cried cos someone sold a house on Selling Sunset.”(sic)

The reality show follows a group of glamorous Oppenheim Group agents, as they navigate the Los Angeles property market. 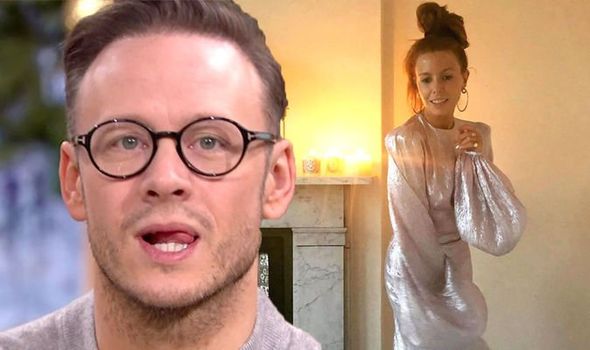 Stacey, 33, soon replied, seemingly unphased that he had shared her reaction, as she listed her favourite stars.

One user replied to Kevin, writing: “Got to be Amanza’s sale, be honest you’re secretly hooked as well I bet #SellingSunset.”

To which Kevin added: “Can’t believe Davina [Potratz] at the wedding.”

He was also inundated with replies, as people agreed they were also watching and enjoying Selling Sunset.

One stated: “Watched all 3 seasons in the last 24 hours. Truly addictive. Thanks to twitter, otherwise I’d have never known about it.”

A second said: “Love love that program, i probably did too when i binged watched them, maybe it was the price of the commission they get that made her cry @sellingonsunset is simply the best.”(sic)

Earlier on in the day, Kevin had replied to actress and singer, Rhiannon Chesterman.

She had initially posted: “I am on season 4 of Schitt’s Creek and Selling Sunset is happening next!”

He then revealed: “Stace is obsessed.”

While Stacey on Friday had initially tweeted: “Omg @Chrishell7 you look A WHOLE MOOD WITH YOUR HOOPS AND BLACK JUMPSUIT IN THE VERSACE HOUSE.”(sic)

Kevin is no stranger to sharing insights into his romance with the BBC star, after they met on the BBC programme in 2018.

This week he even shared a snippet of their late-night conversation.

Trump Rips Off T.I.’s Classic ‘Whatever You Like’ To Slam Joe Biden In New Snapchat Video

Hayden Panettiere returns to Twitter with shaved hair, did she dump abusive boyfriend?