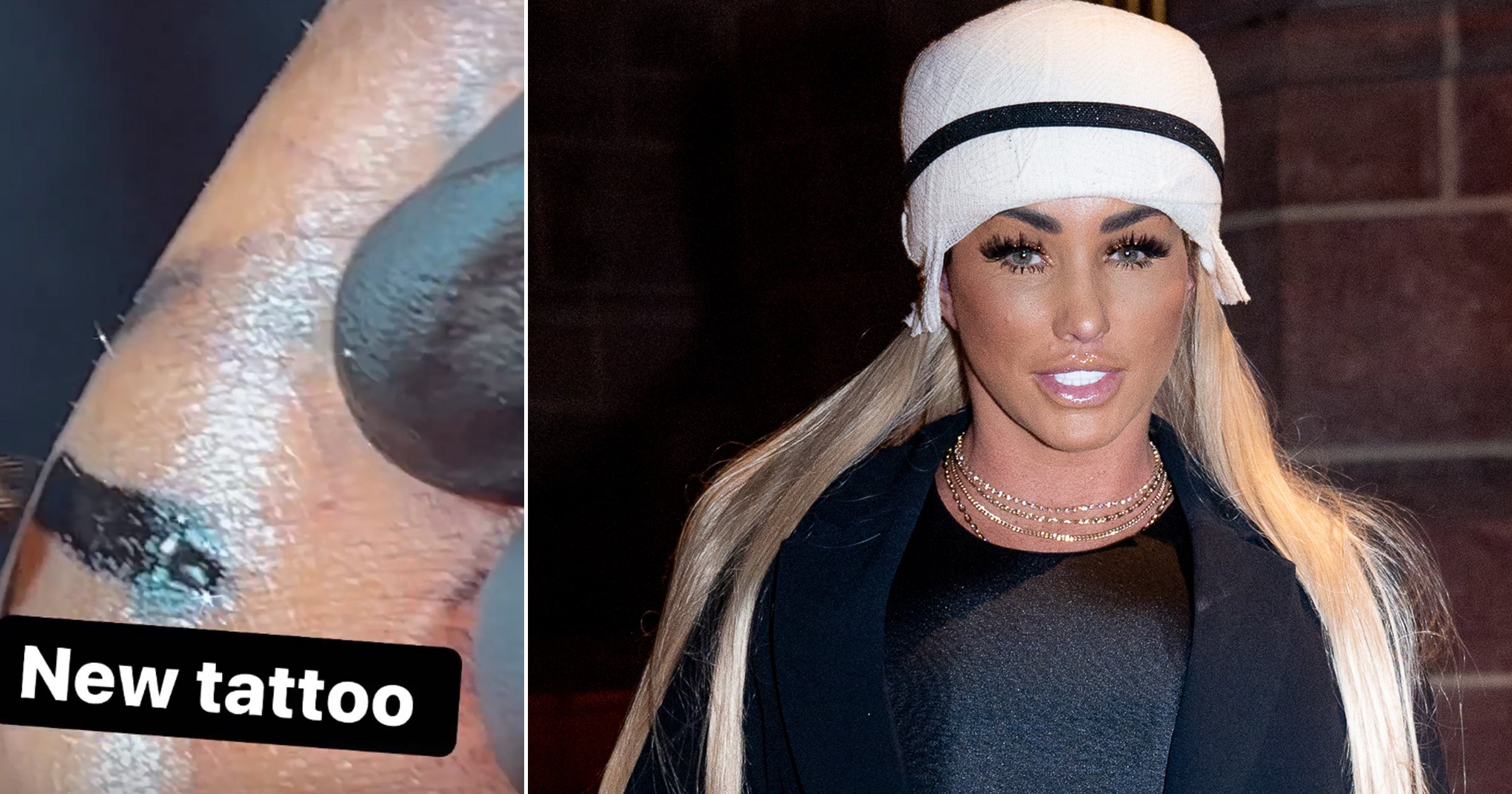 Katie Price has revealed that she’s had a brand new enormous tattoo just after she got her biggest boob job ever.

The 43-year-old former glamour model, who is currently on holiday in Koh Samui in Thailand with her fiance Carl Woods, had a three-hour sitting at the tattoo parlour Samui Ink.

The reality star had lilies, daffodils, and hyacinths drawn onto her forearm in her largest ever inking, with the incredible artwork thought to have cost her around £180.

The tattoo is also thought to be her 13th, which will appear below a garter belt on her thigh, a bow above her bum and a crown on her right hand, reports the Sun.

Katie also has a large portrait of fiance Carl tattooed on her arm after the pair decided to do one better than simply get each other’s names tattooed.

Carl now has three portraits of the former glamour model inked onto his skin.

The tattoo follows photographs in which the star revealed her largest ever boobs, after she had her 14th breast operation.

The pair were seen lounging by the pool in idyllic scenes, next to the sparkling blue ocean, while she enjoyed a drink from a coconut after her 14th op.

In December, Katie underwent liposuction, fat removal from her bum, and a breast lift at the BeClinic in Brussels.

Speaking to The Sun about the pain she experienced with each boob job, she said: ‘If I’m honest with you, if there’s no pain, there’s no gain. The price of beauty is sometimes you have to go through pain.

‘Is it painful? The first surgery I had was uncomfortable.

‘These boobs have been to America, England, Belgium and now these are Turkey boobs. I’ve just had them reduced.

‘My old implants – I have them in a bag – they were a thousand CC and, Jesus, when I hold them they were really heavy.

‘I think I’ve got 795 in so that is a lot smaller and they feel smaller. I’m so excited because finally I’m gonna be able to wear clothes I don’t look fat in.’

Katie first went under the knife in 1998, increasing her breasts to a 32C cup.

Ever since, she’s had a number of operations, from botox to multiple face lifts.

Katie’s family are not impressed by the further operations, however. Speaking to The Mirror, a source said: ‘It’s getting really silly now and more than a little irresponsible. Everyone’s quite horrified, to be honest.’