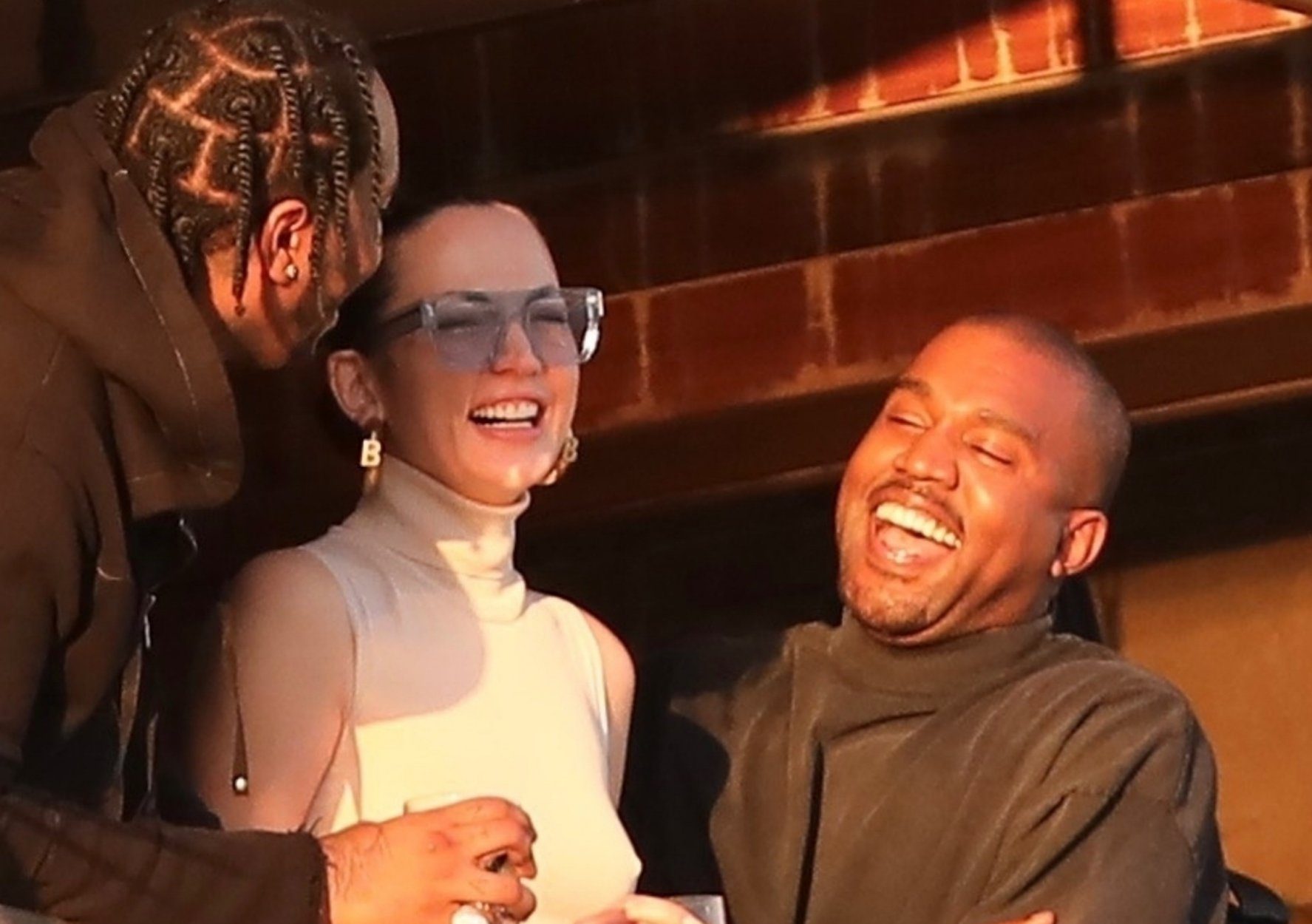 Kanye West was all smiles and laughter during an outing in Malibu, amid his budding relationship with Julia Fox.

The Praise God rapper, 44, made the most of the sunshine over the weekend, and was spotted holding court at the swanky Soho House.

At one point, he was pictured leaning against the balcony, laughing away with mystery companions.

Despite their luxury surroundings, the dad-of-four went casual for the outing, donning a long-sleeved black jumper and grey jeans.

Kanye’s day out comes after his relationship with Julia – or Juliye, as she has dubbed them – has continued to raise eyebrows and make headlines.

The Grammy-winner split from ex-wife Kim Kardashian last year, and has since moved on with the Uncut Gems actress.

They were first spotted together on New Year’s Eve and have been inseparable ever since, jetting to Paris together last month.

Their romance has been hitting several milestones in the last weeks with pictures of their PDA making the rounds on social media.

However, during a recent appearance on a podcast, Julia blasted the notion that she was dating the Yeezy designer for ‘clout’.

‘It’s funny cause I’m getting all of this attention, but I really couldn’t care,’ she said of the splash their fling had made.

Julia insisted that she simply wanted to focus on creating art and ‘putting things into the world’, not the attention her relationship was getting, adding: ‘Watch my movie, read my book.

‘That is more thrilling to me now than eyes on me. I couldn’t care less.’