President Joe Biden received many well wishes from his supporters in honor of his 79th birthday on Nov. 20, and they thanked him for building ‘the country back better’ and more.

President Joe Biden turned 79 on Nov. 20 and it didn’t go unnoticed! The politician was shown a lot of love for his special day from some of his closest friends and colleagues on social media and their messages were truly memorable. People like Vice President Kamala Harris, former President Barack Obama, and more were among the birthday wishers and we’re taking a look at exactly what they shared below!

Kamala was one of the first to post about Joe and she included a photo of the two of them standing in the White House together while sharing a lighthearted laugh. “Wishing you a happy and joyous day, @POTUS. Happy birthday!” she wrote alongside it. 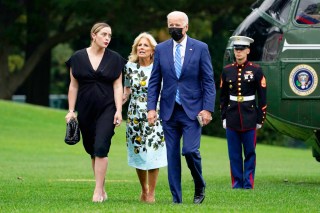 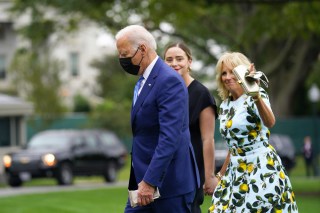 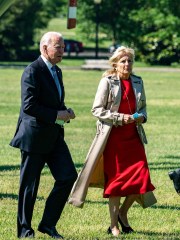 Barack posted a photo of him and Joe sitting outside in folding chairs while wearing suits and ties without the blazers and sharing a laugh. “Happy birthday to my friend and my brother, @POTUS! Thanks for giving all of us the gift of better infrastructure. Grateful for all you’re doing to build this country back better,” he wrote in the caption.

Senator Tammy Duckworth from Illinois also shared a birthday message for Joe along with a cute pic of the two of them smiling and posing together. “Happy birthday, President @JoeBiden! America’s best days are ahead because of your leadership—and I couldn’t be prouder to build back better alongside you,” she wrote.

In addition to people in the public eye, Joe’s everyday supporters on Twitter and Instagram also shared many birthday wishes along with pics and celebratory memes and gifs. They also used the posts to share their joy over him winning the election last year. “For four years I woke up nervous every day. No longer. What a relief to have Joe Biden as the President for ALL of us. He’s accomplished so much and has only begun. Our future is looking so much better with him at the helm.  Happy birthday Joe!” one Twitter user wrote.