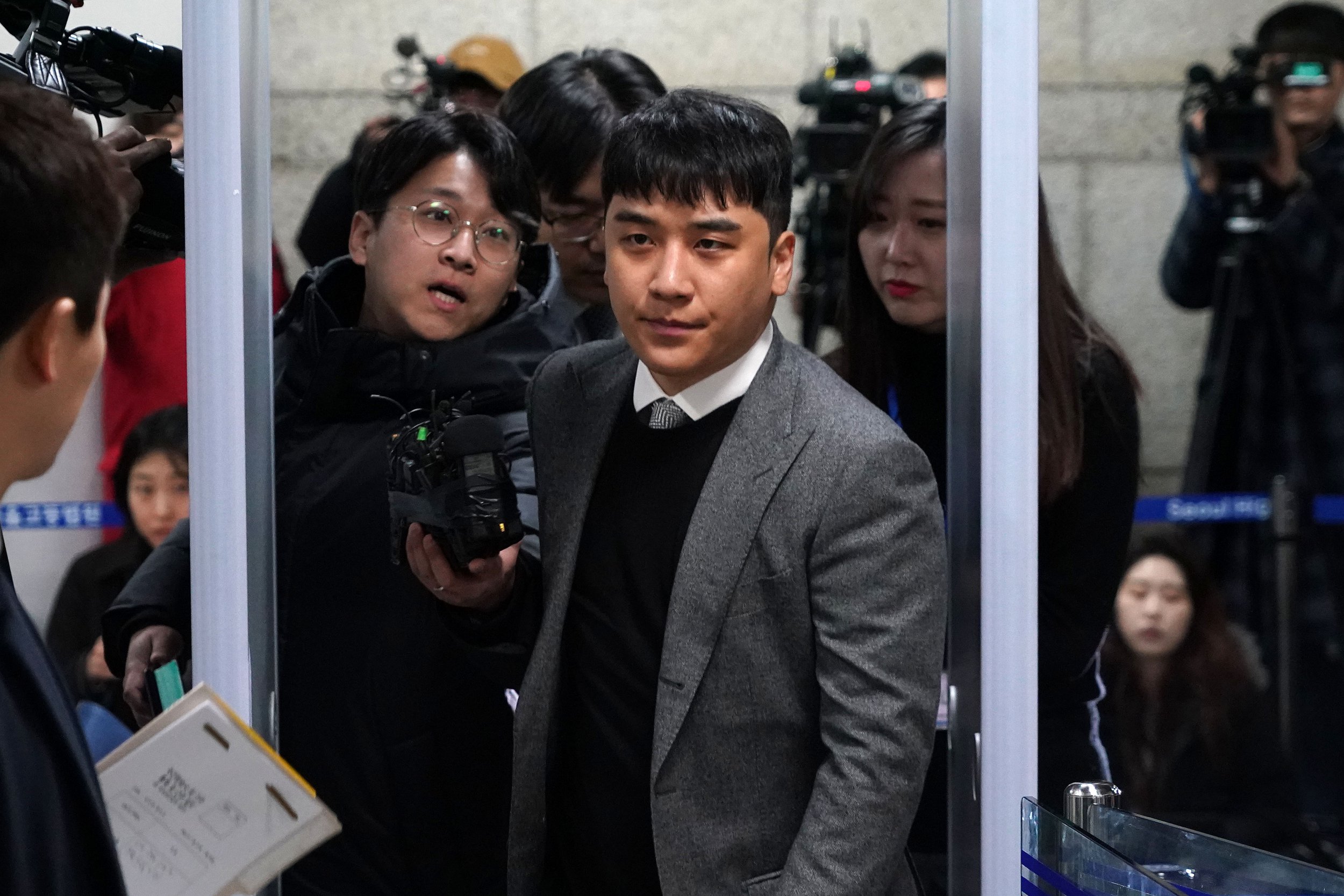 The 30-year-old was sentenced to a three year prison term at the Army’s general military court in Yongin, south of Seoul, on Thursday.

Seungri, real name Lee Seung-hyun, had been on trial at the military court as he enlisted in the military in March 2020, two months after his indictment on multiple charges.

The K-pop star had been charged with operation of an unlicensed adult entertainment establishment and embezzlement following an investigation into his involvement into the Burning Sun scandal.

Seungri had denied allegations of procuring prostitutes for investors from Taiwan, Japan, Hong Kong and other countries from December 2015 to January 2016 to get investment for his nightclub and other businesses.

The singer was also charged with misappropriating about 528 million won (£327,000) from his club funds and habitually gambling in Las Vegas from December 2013 to August 2017, with combined gambling money of about 2.2 billion won (£1.3million) at stake.

Seungri had denied the majority of the charges, alleging that his business partner was responsible for organising prostitutes and claimed he did not visit the United States for gambling.

However, according to Yonhap, prosecutors had demanded a five-year sentence and a fine for Seungri at a hearing last month, saying the star had ‘shown no remorse and shifted blame to other people despite enjoying large benefits from his crimes’.

He will begin his three-year sentence immediately.

Seungri had sat on the board of the Burning Sun nightclub in Seoul which was at the centre of a major investigation.

Police alleged that the nightclub was the site of bribery, violence against customers, securing prostitutes for VIPs and drug use, while there were also allegations of sexual assault at the club.

The nightclub has since closed.

‘During the past month and a half, I have received criticism and hate from the public and been in a situation where every investigative agency in this country is investigating me. I just cannot accept causing pain to those around me just for my sake.’

Seungri had debuted with Big Bang in 2006 alongside T.O.P, Taeyang, G-Dragon and Daesung, and had huge success with songs like Fantastic Baby and Bad Boy.

In ‘Freaky,’ Kathryn Newton Is A Different Kind Of Scream Queen — EXCLUSIVE