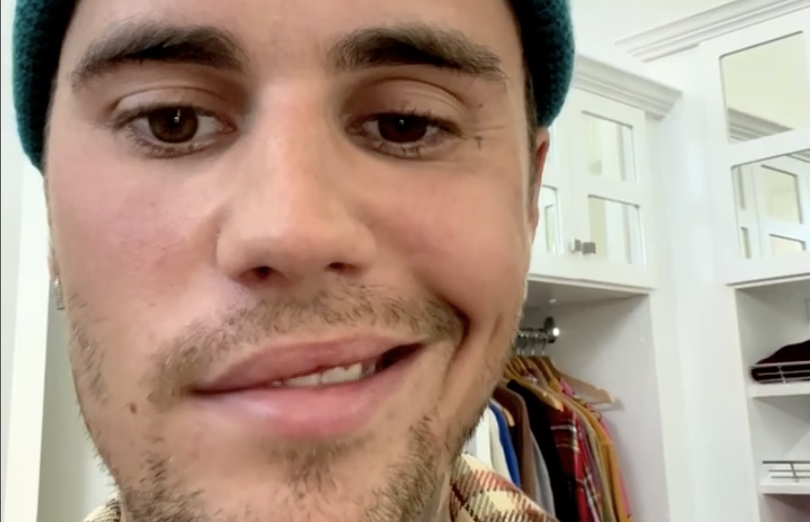 Justin Bieber has revealed he has Ramsay Hunt syndrome, causing paralysis to his face as a result of a virus.

The singer, 28, had recently cancelled some dates on his Justice World Tour and took to Instagram to share the reason with fans.

He explained: ‘Hey everyone Justin here, I wanted to update you guys on what’s been going on.

‘Obviously as you can probably see with my face, I have this syndrome called Ramsay Hunt syndrome and it is from this virus that attacks the nerves in my ear and my facial nerves and has caused my face to have paralysis.’

Justin added that it was ‘pretty serious’ and told fans: ‘Obviously my body is telling me I’ve got to slow down.’

In the video Justin showed that he was unable to smile, blink or flare the nostril on one side of his face as a result of the nerve issue.

He added: ‘So for those who are frustrated by my cancellations of the next shows, I’m just physically obviously not capable of doing them. This is pretty serious, as you can see, I wish this wasn’t the case.

‘But obviously my body is telling me I’ve got to slow down and I hope you guys understand.’

Justin had earlier revealed that the upcoming shows on his 130-date tour would be cancelled due to a ‘non-Covid related illness.’

He wrote at the time: ‘Can’t believe I’m saying this. I’ve done everything to get better but my sickness is getting worse.

‘My heart breaks that I will have to postpone these next few shows (doctors orders). To all my people I love you so much and I’m gonna rest and get better.’

Justin added that he was doing facial exercises to regain the feeling in his face and vowed to get back to full health.

Ramsay Hunt syndrome occurs when a shingles outbreak affects the facial nerve near the ear, which can cause facial paralysis and hearing loss in the affected ear.

It is caused by the same virus that causes chickenpox, with the virus remaining dormant in the nerves with the potential to flare up years later.

Ramsay Hunt syndrome needs prompt treatment to reduce the risk of complications which can include permanent facial muscle weakness and deafness, according to the Mayo Clinic, but for most the effects are temporary.

Which Kardashian Family Member Has Had the Most Marriages? (The Answer Will Surprise You)