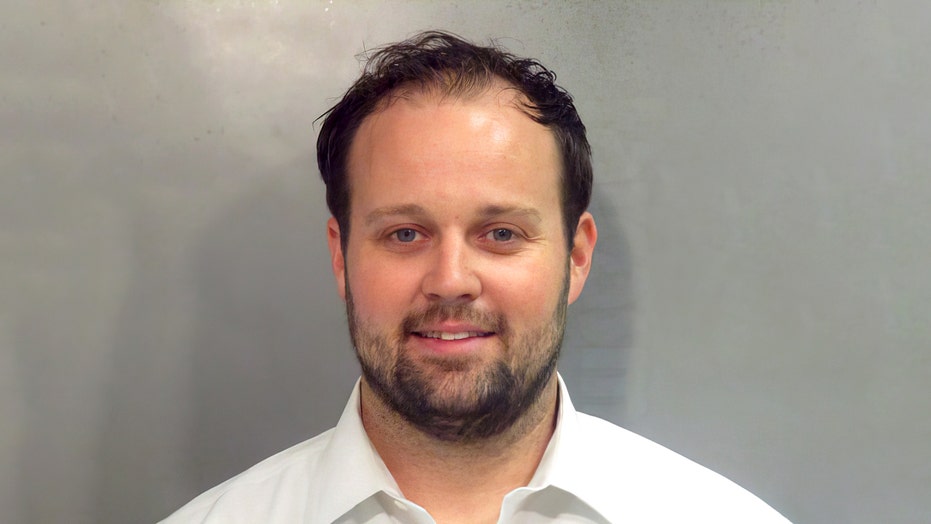 Northwest Arkansas locals who have been living in the same community as the Duggar family for years are “ecstatic” about Josh Duggar’s conviction on child pornography charges, telling Fox News they hope to see him sentenced to the maximum amount of years in prison.

The former “19 Kids and Counting” star faces up to 20 years in prison and $250,000 in fines for each count when he’s sentenced sometime in 2022. A federal jury found him guilty on two counts of downloading and possessing child pornography. A judge estimated his sentencing date will be in four months’ time, according to local reports, although no hearing date has yet to be announced.

One source, who is a resident in Northwest Arkansas and has spotted the Duggars around town since they became famous for their former reality show “19 Kids and Counting,” said they were “actually shocked” by Thursday’s verdict because it has been a long wait for justice to be served.

“I’m really shocked that the truth was actually recognized. I’m not shocked at the verdict, but shocked that somebody finally listened,” said the Arkansas insider. “Vindication isn’t even close to the word. It’s just more empathy for his sisters and the victims.” 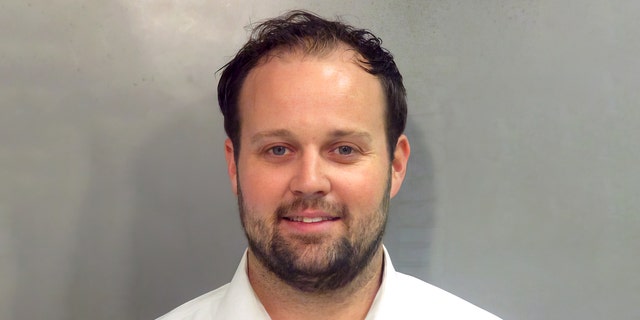 The source made note of Duggar’s 2015 molestation scandal involving revelations that he had molested four of his sisters and a babysitter. Authorities began investigating the abuse in 2006 after receiving a tip from a family friend but concluded that the statute of limitations on any possible charges had expired. Duggar’s parents said he had confessed to the fondling and apologized. At the time, Duggar apologized publicly for unspecified behavior and resigned as a lobbyist for the Family Research Council, a conservative Christian group.

Duggar later apologized for a pornography addiction and for cheating on his wife, calling himself “the biggest hypocrite ever.”

“He’s belonged in prison for a long time. You can only admit guilt so many times. He admitted it, that’s the thing. Everybody was screaming at the top of his lungs he was guilty. It took all this for someone to listen,” said the source.

While the Duggars are known around the country thanks to their former hit TLC show, the insider stressed that his conviction is particularly a significant outcome to locals.

“Some people say they’ve been with this story from start to finish? Those of us who live and work in Northwest Arkansas have been there before that. We’ve been there since the rumors, years before any of this went public. And no one listened to the truth back then. Maybe they will now,” the source added, referencing the 2015 molestation scandal. 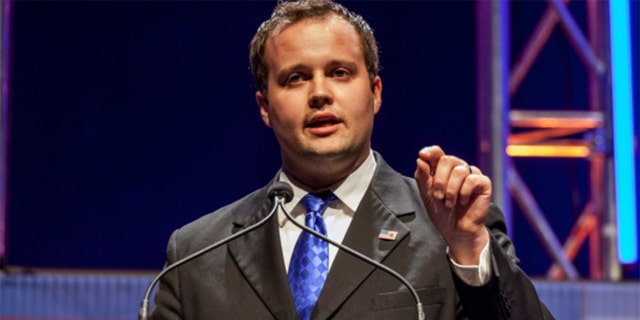 A second Northwest Arkansas resident, who wished to stay anonymous, is hopeful that the 33-year-old Duggar will get the maximum sentence.

“I hope he gets the whole 40 years, of course,” said the insider. “A lot of people in this community seem ecstatic by the verdict.”

The second source admitted that they are “still scared he will end up only serving a few years.”

A third source described Duggar’s conviction as a “divine intervention.”

“From the very beginning I genuinely believe that is what this is. I of course hope he gets the full 40 years and am thankful that the jury had the evidence needed to see through his clothing,” the third insider said.

Kesha Zaffino, a resident and attorney who practices in Northwest Arkansas and once represented a man suing Duggar over a real estate dispute, told Fox News on Thursday that she’s “not surprised” by the outcome of the trial. “Eventually the bad things you do will catch up to you. If there are heavy sentences out there in the world, these are the crimes that it’s appropriate for.”

Zaffino added that she was once present for a four-hour deposition of Duggar, in which she found herself taken aback by his demeanor.

“I found him to be pretty pleasant. I was pleasantly surprised,” said Zaffino. “He seemed to have a sense of humor and was cordial the whole time.”

Judge Timothy L. Brooks, who oversaw Duggar’s child pornography trial, noted in the courtroom on Thursday that he “100% has been compliant awaiting trial.” However, Duggar was taken into custody after the verdict because of the guilty offenses.

Zaffino said she feels the relatively short jury deliberations means “the jury was on the same page and there wasn’t much to debate.” She noted that Duggar’s reputation has been damaged for years and it’s something that’s been impossible for many in Northwest Arkansas communities to ignore.

“There’s just so much stuff that’s come out about him over the years. The common thread is there’s always something sexual and with women. That doesn’t help,” she said.

Whether Duggar’s past molestation scandal could be introduced during the trial was a point of tension between the prosecution and the defense. A judge ultimately ruled that it could be introduced, and the scandal was discussed as the prosecution tried to prove that the former reality star downloaded child pornography on a computer at his workplace. 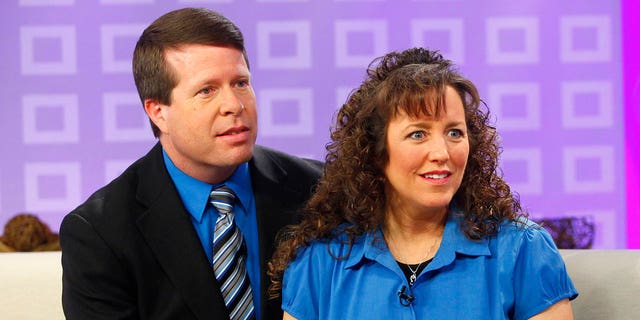 Jim Bob and Michelle Duggar gained notoriety for having 19 children. Their lives living as a religious family in Northwest Arkansas was documented on the former TLC show "19 Kids and Counting" before it was pulled from the air due to son Josh’s molestation scandal in 2015.
(Photo by Peter Kramer/NBCU Photo Bank/NBCUniversal via Getty Images via Getty Images)

Many of Duggar’s family members attended his trial over the last week and his wife Anna was photographed several days walking into the courtroom alongside her husband, holding his hand. Duggar’s parents released a statement on Thursday hours after the verdict was announced.

“This entire ordeal has been very grievous,” they said. “Today, God’s grace, through the love and prayers of so many, have sustained us. Our hearts and prayers are with anyone who has ever been harmed through CSAM [Child Sexual Abuse Material].”

“In the days ahead, we will do all we can to surround our daughter-in-law [Josh’s wife] Anna and their children with love and support,” the duo continued. “As parents, we will never stop praying for Joshua, and loving him, as we do all of our children. In each of life’s circumstances, we place our trust in God. He is our source of strength and refuge. Thank you for your prayers.” 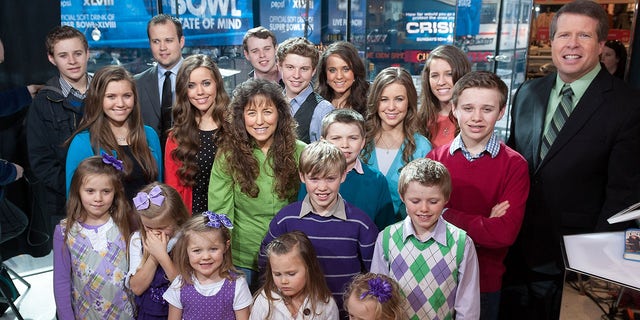 Duggar’s cousin Amy King, who has been outspoken against him in recent weeks, tweeted that “justice has been served.”

“May the juror’s and Judge Brooks seek healing / counseling from all that was exposed to them,” her statement on Twitter began. “May the children grow up with real Godly men as father figures who will guide and protect them. May the people who were once in disbelief have their eyes opened for the first time.”

“May the daughters who were abused feel validated,” she continued. “You are truly beautiful and worthy of love. May there be intense counseling / healing. May there be wisdom for all those involved on how to move forward. Thank you Jesus. Justice has been served.”

Duggar’s sister Jill and her husband Derick Dillard shared a lengthy statement on their family website, calling Thursday’s hearing “difficult for our family.”

“Josh’s actions have rippled far beyond the epicenter of the offense itself,” the lengthy statement reads in part. “Children have scars, but his family is also suffering the fallout of his actions. Our hearts are sensitive to the pains Josh’s wife, Anna, and their seven children have already endured and will continue to process in the future. This trial has felt more like a funeral than anything else. Josh’s family has a long road ahead. We stand with them, we are praying for them, and we will seek to support them however we can during this dark time.”

Demi Lovato Recalls ‘Beautiful’ Moment She Came Out To Her Parents

Nicole Scherzinger and Lewis Hamilton – Why did they break up? Who is Nicole dating now?