Jesy Nelson and Chris Hughes have split after 16 months as a couple.

Insiders revealed to MailOnline that the Little Mix star, 28, broke up with Chris, 27, over the phone in the midst of their separate self-isolation amid the nationwide coronavirus lockdown.

Sources said: ‘She split up with him last week in a phone call, as she thought the relationship had run its course. There are no hard feelings. Jesy said he was surprisingly fine about it and thinks she will stay friends with him.’ 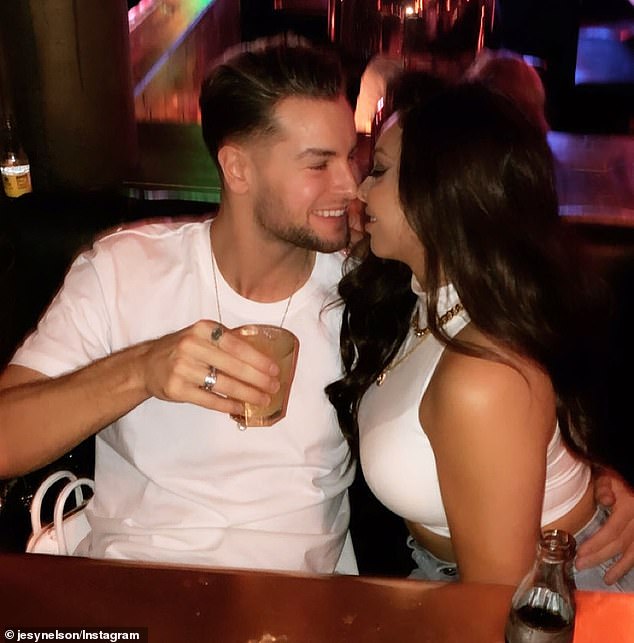 It has been confirmed that the couple have parted ways after Jesy decided their romance had run its course after 16 months.

Jesy and Chris have been living separately during the nationwide lockdown in the midst of the coronavirus pandemic.

Last week, the songstress said: ‘Chris isn’t with me right now because he is in isolation with his flatmate, so I haven’t seen him for a while.’

She has been littering social media with sexy snaps during the lockdown, no doubt showing Chris what he is missing since their break-up.

MailOnline have contacted representatives for Jesy and Chris for comment. 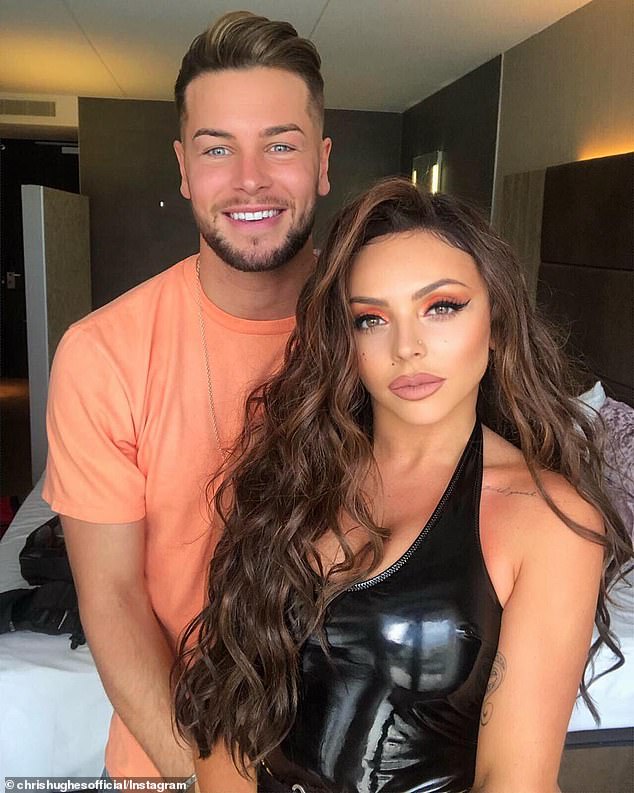 Oh! Insiders revealed to MailOnline that the Little Mix star, 28, broke up with Chris, 27, over the phone as she felt things had run their course in their 16 months as a couple

Last week, Jesy spoke to MailOnline about how she was keeping in touch with Chris: ‘Now it’s just strictly FaceTime. We just FaceTime, WhatsApp, all that jazz. I’m used to [being away from Chris] as we’re apart when I’m on tour, I’m always travelling.’

When asked about the prospect of having children, Jesy confessed: ‘Yeah in the future, one day. I’m a kid myself right now so I’m not even thinking about having a kid right now. I want to get married, that’s for sure. When that will be, I don’t know.’

The timely news come after Little Mix released their new track Break Up Song, which they discussed while chatting to Roman Kemp on Wednesday evening. 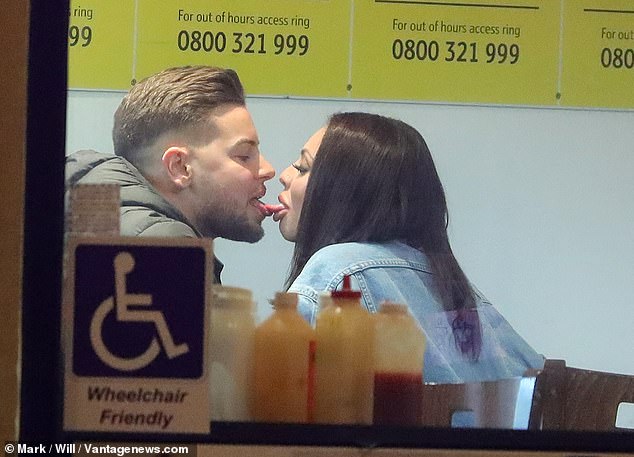 Oh my! Jesy and Chris stunned fans when they confirmed their romance with a steamy date in a kebab shop in January last year 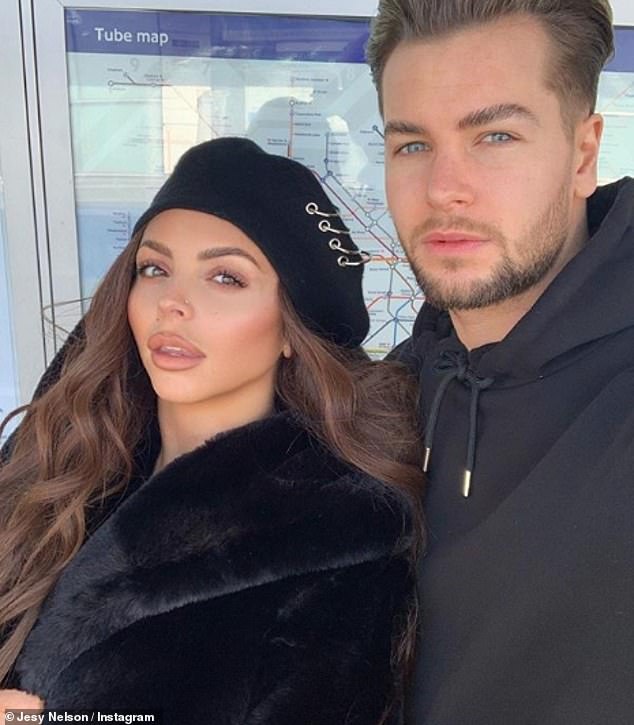 While the other girls spoke about their romances, Roman asked Jesy: ‘So Jesy this song [Break Up Song], have you just been blasting it out since being in isolation?’

Jesy responded: ‘Absolutely, I think my neighbours are getting annoyed with me now because I’ve got it on really loud and I can hear them next door thinking ‘shut up’.

The couple confirmed their relationship in January last year when they were seen enjoying a steamy date in a kebab shop, after weeks of rumours around the union.

Jesy had broken up with her boyfriend Harry James in November 2018, before going public with Chris during their kebab outing two months later. 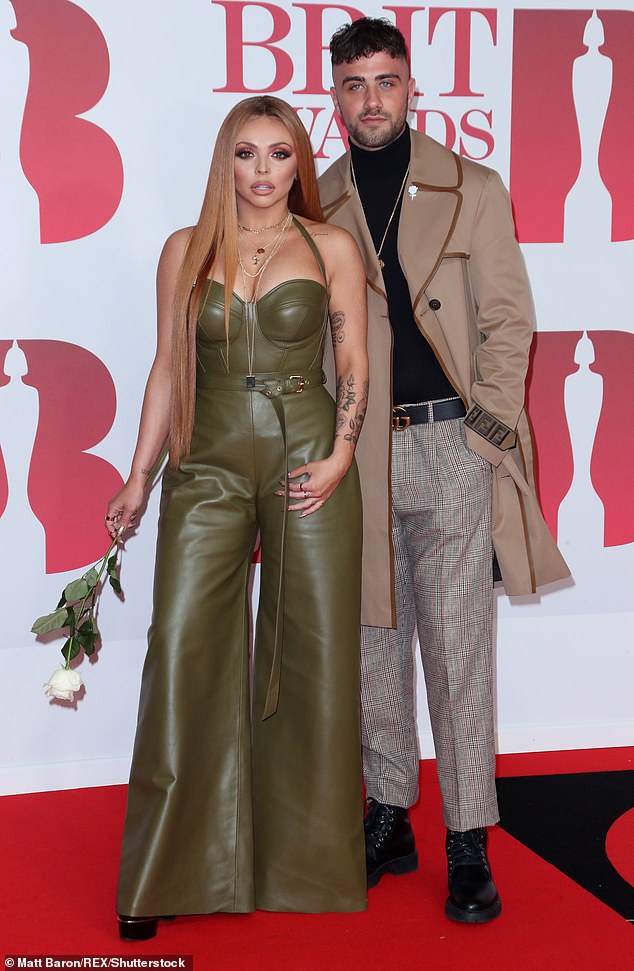 That was then: Jesy had broken up with her boyfriend Harry James in November 2018, before going public with Chris during their kebab outing two months later (Jesy and Harry pictured in February 2018)

Chris was previously in a high-profile romance with fellow Love Island star Olivia Attwood with the pair going their separate ways in March 2018. He was then linked to MIC star Emily Blackwell and Coronation Street actress Georgia May Foote.

Chris has stood by Jesy through what was a difficult time, as he starred in her award-winning documentary Odd One Out, which followed her battle against cruel internet trolls and showed Chris helping boost her confidence.

In January, Jesy won the Factual Entertainment Award at the National Television Awards for the documentary – which was released in November.

Her victory was marred with scandal however as Chris became embroiled in a brawl with a photographer following the triumphant evening. 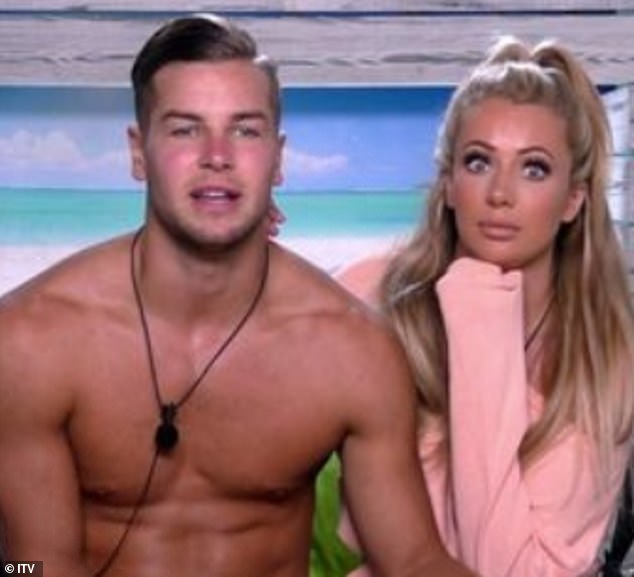 Way back when: Chris was previously in a high-profile romance with fellow Love Island star Olivia Attwood (pictured together on Love Island in 2017) 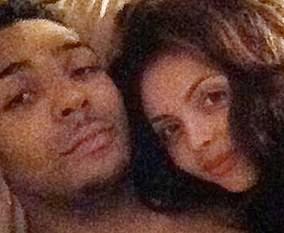 At the start of her career, Jesy dated Diversity star Jordan.

During the height of their romance, her bandmate Jade Thirwall revealed their boyfriends were banned from their tour bus to avoid distracting the band.

The couple’s conflicting schedules eventually ended their relationship after two years of dating. 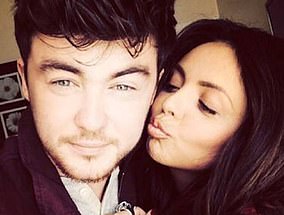 Jesy began dating Jake shortly after her split from Jordan. He is the son of Coleen Nolan and Shane Richie and frontman of indie group Rixton.

After a year of dating, Jake popped the question in 2015 during a Little Mix souncheck and had Ed Sheeran surprise her on stage with her favourite song Tenerife Sea from Ed’s 2014 album X.

They split in November 2015. His mum Coleen revealed they remain friends and the break-up was amicable between the pair. 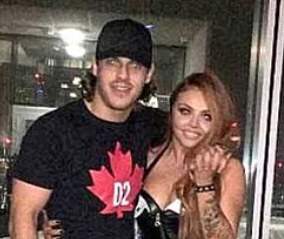 Chris Hughes was not Jesy’s first reality star romance after she dated TOWIE star Chris Clark in 2017 – much to fans’ surprise.

Things ended very badly however when Chris admitted he broke up with Jesy over text – and used his ex-girlfriend Amber Dowding’s phone to send the text.

He said at the time: ‘I used Amber’s to do it. I was never going to escape it. I had to just deal with it. She was on the other side of the world. I am happier now than I ever have been.’ 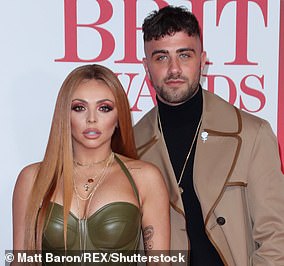 Their romance first came to light when they holidayed together in Mykonos in July 2017.

The following year – and just two months before she began dating Chris – a source close to the star said: ‘Jesy and Harry enjoyed their time together but have decided to call it a day.

Jennifer Aniston Said She Almost Quit Acting Over 1 Role: It 'Sucked the Life Out of Me'