Jeremy Clarkson, 60, found himself stumped during tonight’s Who Wants To Be A Millionaire? episode, which was an all-star celebrity special. The participants aimed to win as much money as possible for charity, as they tried their hand at walking away with the impressive £1,000,000 prize.

Sitting opposite the singing sensation, the former Top Gear host had to confess he didn’t know the answer when she called on him to help her out.

Using her ‘ask the host’ lifeline, the question asked where the American historical figure General Custer held his last stand but Jeremy quite honestly admitted he didn’t know.

The answer was Little Big Horn but his uncertainty shocked viewers watching at home, one of whom took to Twitter to mock the presenter for his lack of historical knowledge. 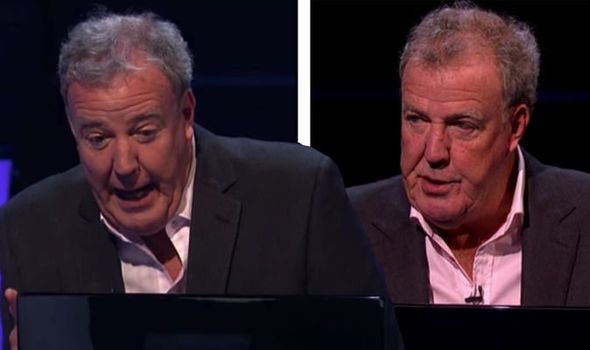 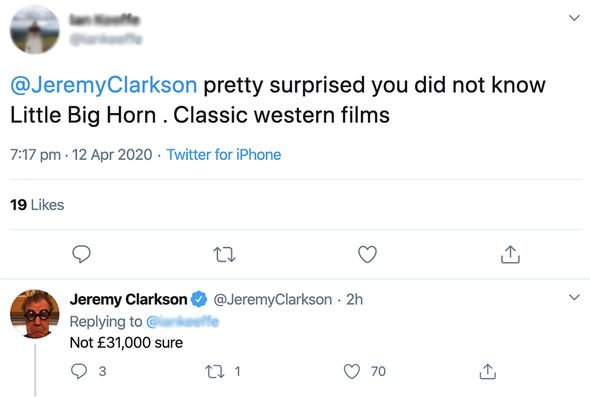 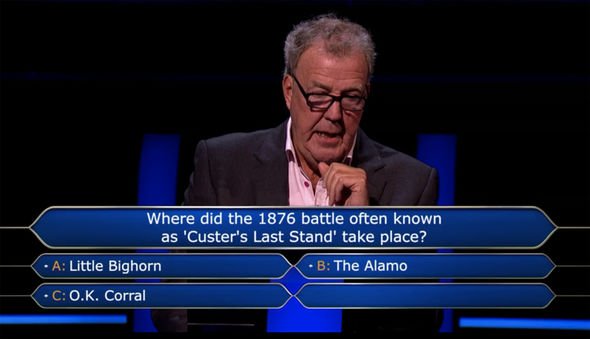 The cheeky swipe provoked Jeremy to come clean and honestly admit guessing wasn’t worth the risk.

Other viewers were in the same boat, wondering how the host could have made that mistake. 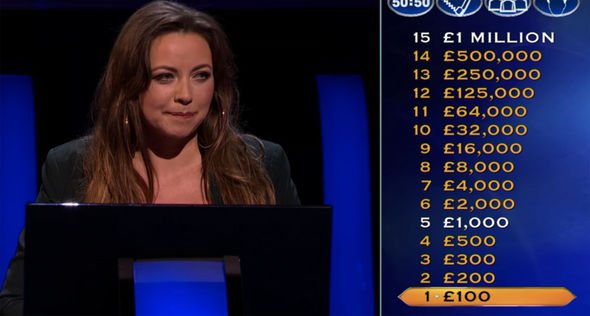 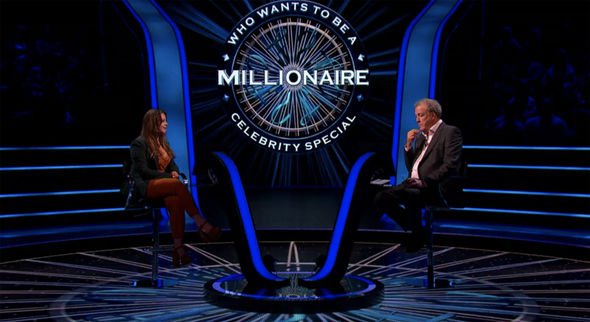 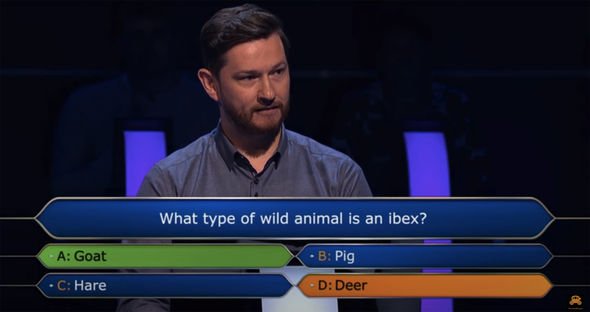 “Is there any point in the ‘ask the host’ lifeline on Who Wants To Be A Millionaire? Jeremy Clarkson always says he doesn’t know and that’s his final answer,” one quipped.

Another was astounded: “@JeremyClarkson just Watching Celebrity Who wants to be a millionaire and I don’t believe you didn’t know that the answer was Little Big Horn!!!”

Well, at least he admitted amicably he didn’t know the answer, and therefore avoiding another situation like that infamous 2018 blunder.

Fans will most likely remember that debacle which Jeremy had to apologise profusely for, during a regular instalment of the show.

The unfortunate contender was asked a wildlife question: “What type of wild animal is an ibex?” To which Jeremy was adamant he knew that answer.

As the contestant gave “deer” as his final answer, Jeremy applauded him, being perhaps a little too over confident in the answer being correct.

“I’m not even going to look at the screen, that’s the correct answer,” he stated as the audience cheered.

But it soon went wrong when the highlighted answer was different.

Jeremy’s face was a picture, as he gasped in disbelief: “It isn’t!” he exclaimed, as the answer was in fact goat.

The embarrassment led the quiz show host to question whether it was a mistake.

“What?! It is a deer isn’t it?! I’ve seen them in Africa boinging along like deers!

Who Wants To Be A Millionaire? Celebrity Special is available to stream via ITV Hub.

Peter Weber’s Breakup Advice On Instagram Is Pretty On Point

Oprah Winfrey Reunites With Stedman Graham After 14 Days of Quarantine