Jennifer Lopez isn’t here for the headlines. The 51-year-old performer took to TikTok on Sunday, and posted a cryptic video that seemingly references the recent split rumors surrounding her and Alex Rodriguez.

“I ain’t worried ’bout a blog or a b**ch,” Saweetie raps over several headlines about Lopez, including one saying Lopez and Rodriguez had broken up. The compilation video then cuts to a clip of Lopez declaring, “You’re dumb.”

Over the weekend, Rodriguez shut down the split rumors, saying in a video obtained by TMZ, “I’m not single.” This was also featured in the headlines that Lopez featured. 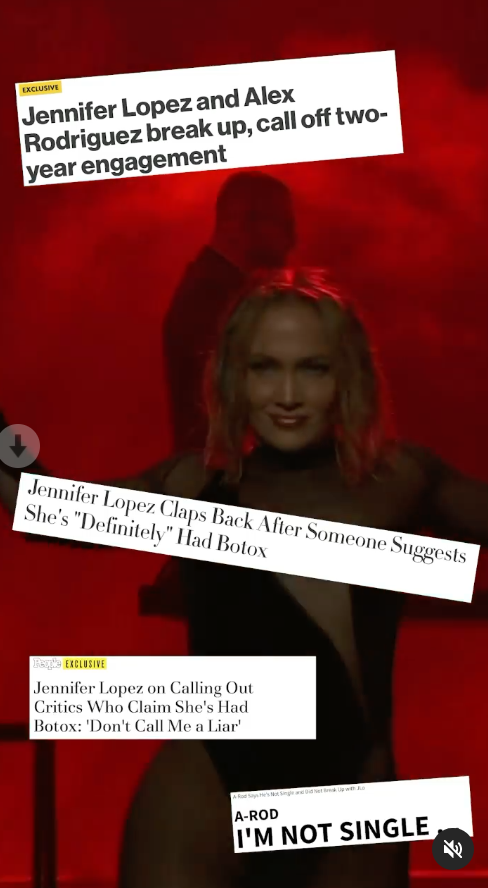 A source previously told ET that the pair “remain a couple.”

“Like any relationship, they have ups and downs and are working through things,” the source said. “There is no third party involved. She’s currently working in the Dominican Republic and he is working in Miami.”

Kailyn Lowry Reveals Reason Why She’s Comfortable In ‘Unhealthy’ Romances: ‘I Like The Ride’