Although one of Jennifer Aniston’s most highly publicized relationships has been with ex-husband actor Brad Pitt, the Friends star has been linked to several celebrities since her stardom. She’s dated the likes of Tate Donovan and John Mayer on her quest for love, but nowadays she’s content with being single. Out of all of her exes, however, she’s only credited one as being the best thing that’s happened to her 40s.

Jennifer Aniston might start dating outside of the entertainment industry 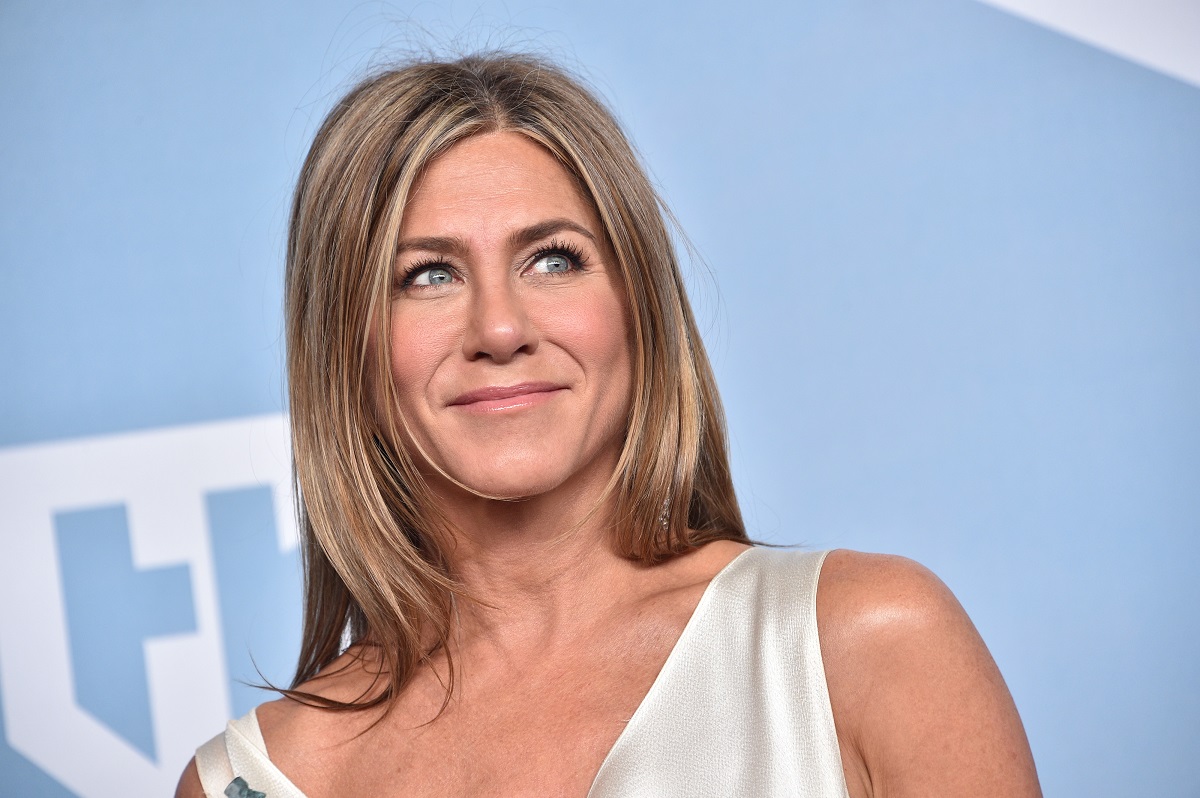 Aniston recently opened up about returning to the dating pool. She revealed that she’s been enjoying the single life for the first time, but she’s also more than ready to settle down.

“I think I’m ready to share myself with another,” Aniston said according to Yahoo. “I didn’t want to for a long time and, and I loved really, being my own woman without…being part of a couple. I’ve been a part of a couple since I was 20. So there was something really nice about taking the time.”

When asked what Aniston was looking for in her next lover, she revealed she’s not searching for much in terms of requirements. A good first kiss, for instance, is pretty important.

“That, and also ease the ease at which the conversation flows the first time. That’s kind of a good indicator. Confidence, but not a cockiness. Humor, please I beg of you…Generous, kind to people, you know, it’s just very few necessities required!”

Aniston also hopes that her future boyfriend won’t be someone linked to the industry. Although being a non-entertainer might not be a requirement, it seems to be on the Bruce Almighty star’s wishlist.

“Of course,” she once said when asked if celebrities could date non-celebrities. “Absolutely. I mean, it’s happened. That’s what I’m sort of hoping for is not necessarily somebody in the industry itself.”

Some may experience a midlife crisis hitting 40, but not Aniston. In fact, the actor embraced turning 40, claiming that was the best time in her life according to Marieclaire.

“I have to say really, I feel better than I ever felt in my life,” Aniston once said. “I did have a moment, though, over the weekend my first like…huh, I don’t want to turn 40.”

Her panic on turning 40 reached its peak when she found a grey hair.

“I found a really long grey hair and it kind of flipped me out,” Aniston confided. “It’s not my first but it was the fact that it was so long. I was like, ‘Oh, that’s been there. How many others are there, and what does that mean?’ It actually brought me to tears slightly.’”

That panic didn’t last long, however. One of the reasons Aniston enjoyed her 40s so much is ex-husband Justin Theroux. When she was asked what the best thing about being 40 was, Aniston gave a one-word response that said it all.

“Justin,” Aniston said according to People. “He’s the best thing this decade.”

Aniston met Theroux on the set of Tropic Thunder in Hawaii when she was 39, the last year in her 30s.

The pair reportedly started dating officially in 2011. They got married in 2015 but divorced three years later.

Why did Justin Theroux and Jennifer Aniston break up?

“That’s a narrative that’s not true, for the most part,” Theroux told Esquire. “Look, people create narratives that make themselves feel better or simplify things for them. That whole ‘This person likes rock ’n’ roll, that person likes jazz. Of course!’ That’s just not the case.”

He later went on to clarify that their split was amicable, and though their marriage didn’t survive, their friendship did.

“Like it or not, we didn’t have that dramatic split and we love each other,” Theroux said. “I’m sincere when I say that I cherish our friendship. We cannot be together and still bring each other joy and friendship.”