Jennifer Aniston just schooled the haters with a lesson in not only science but compassion as well!

ICYMI, the 52-year-old actress revealed in her InStyle cover story that she has made the tough call to full-on cut ties with people who refused to share their COVID-19 vaccination status.

The star explained in the interview:

“There’s still a large group of people who are anti-vaxxers or just don’t listen to the facts. It’s a real shame. I’ve just lost a few people in my weekly routine who have refused or did not disclose , and it was unfortunate.”

Aniston is not messing around, folks! While she recognized that everyone has their own views, the Friends alum also acknowledged how it is a “moral and professional obligation to inform” others of the scientific benefits of getting the vaccine:

“It’s tricky because everyone is entitled to their own opinion — but a lot of opinions don’t feel based in anything except fear or propaganda.”

And after revealing that she ditched some folks over the matter, Jennifer apparently faced a ton of blowback from critics on social media. On Thursday, she even took to Instagram to respond to one commenter who couldn’t understand why she would even care what other people do:

“But if she’s vaccinated she’s protected correct? Why be worried about unvaxxed around her?”

The Morning Show lead then answered in her stories by touching on how even if she is vaccinated, there are still risk factors with the surging coronavirus cases across the country. But more importantly she’s less worried about herself and more worried about everyone else — like we all should be:

“Because if you have the variant, you are still able to give it to me. I may get slightly sick but I will not be admitted to a hospital and or die. BUT I CAN give it to someone who does not have the vaccine and whose health is compromised (or has a previous existing condition) — and therefore I would put their lives at risk.

“THAT is why I worry. We have to care about more than just ourselves here.”

YES! Say it louder for the people in the back!! That expert-level clap back seriously deserved a round of applause. Ch-ch-check out the post (below): 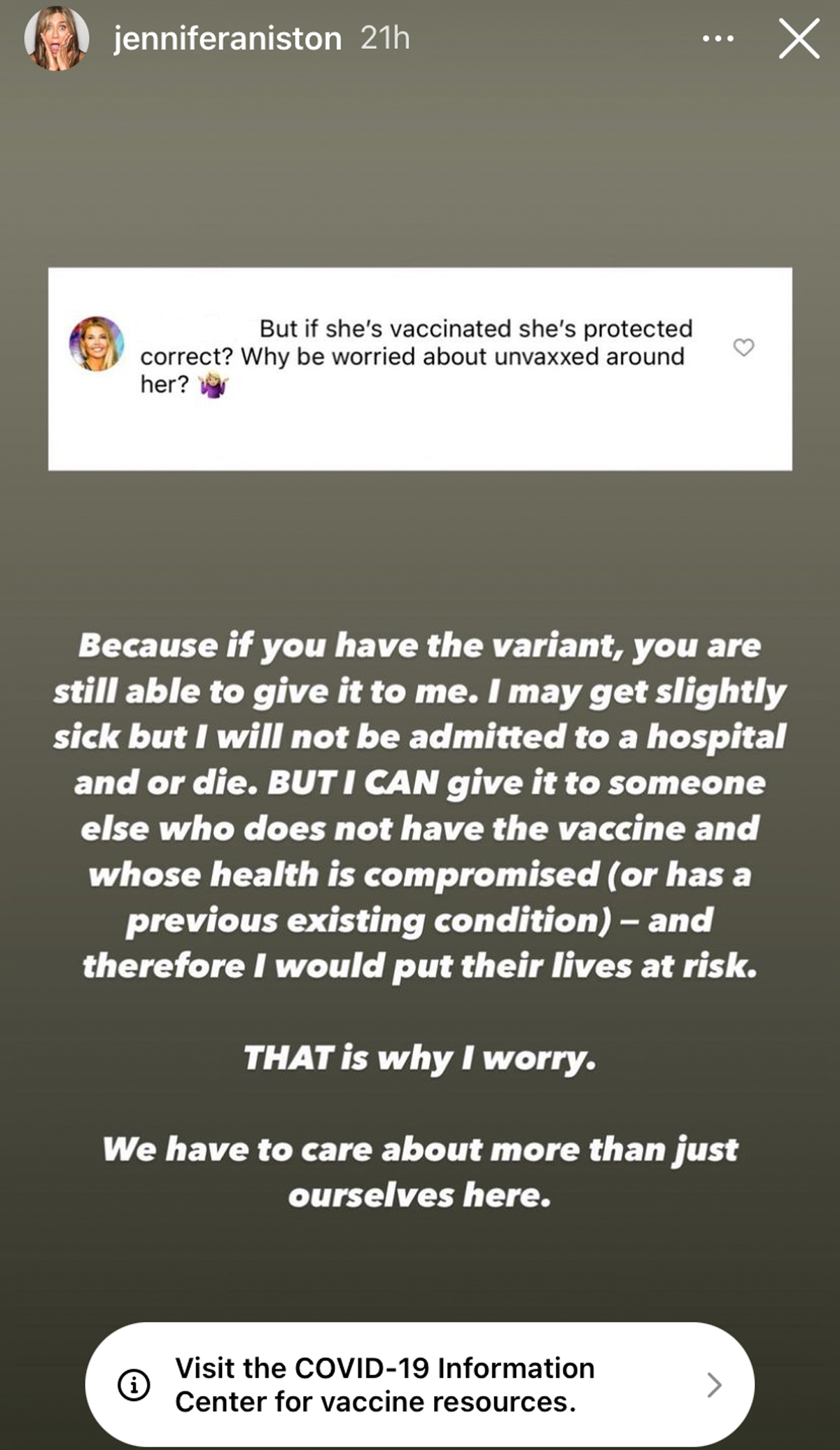 Following her epic note, Jennifer then shared another IG Story of a needlepoint embroidery that reads:

“What doesn’t kill you mutates and tries again.”

Sadly, she isn’t wrong given the current status of the variants running rampant at the moment. Take a look at the artwork (below): 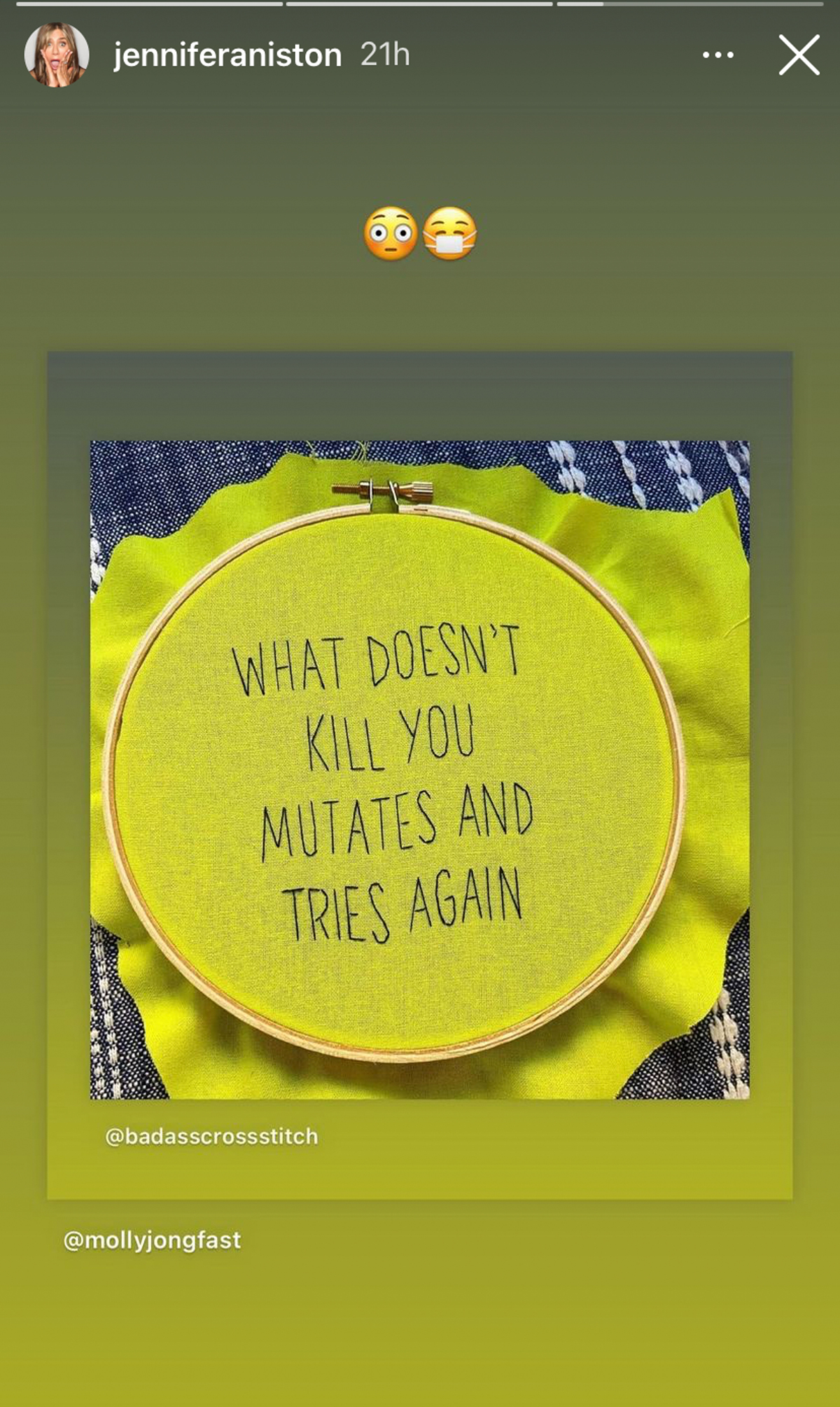 Just to reiterate, again, please get vaxxed! It’s not just about YOU!

But on a selfish note… you don’t want to end up on Jen’s chopping block — which will happen if you don’t do your part in protecting yourself and others!