Jana Kramer is opening up about some recent photos that surfaced online, which appeared to show her ex-husband, Mike Caussin, “canoodling” with a new woman during a Mexico getaway.

The singer and actress, 37, who officially divorced the former NFL tight end, 34, last month after six years of marriage, addressed the photos which were made public on social media by the Instagram account Cocktails and Gossip last week.

Kramer said she falls on both sides of the coin in terms of her feelings towards his swift decision to move on from her so quickly — but she also wonders if there was more she could have done to salvage their union.

“It was the first time that I had seen him with someone else and that’s weird too,” Kramer said on Monday’s episode of her podcast “Whine Down” podcast. “To see the person that you thought you were going to spend the rest of your life with now canoodling with this chica, it’s like, remembering that person wasn’t good for you, and that this is all good, it’s so hard to even tell yourself that, too, because in the moment, you’re like, ‘Why wasn’t I enough?'” 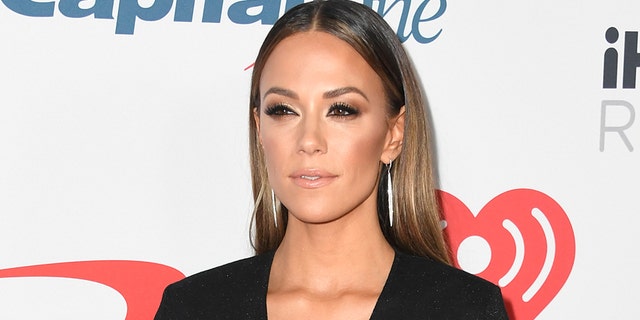 Jana Kramer is addressing the social media photos of her ex-husband Mike Caussin, ‘canoodling’ with a mystery woman in Mexico.
(Frazer Harrison/Getty Images)

In April, Kramer cited “adultery” and “inappropriate marital conduct” as the grounds for divorcing Caussin in her declaration.

Kramer also listed April 20 as the day of their separation, which was just one day before she announced on social media that she had given her marriage her all. 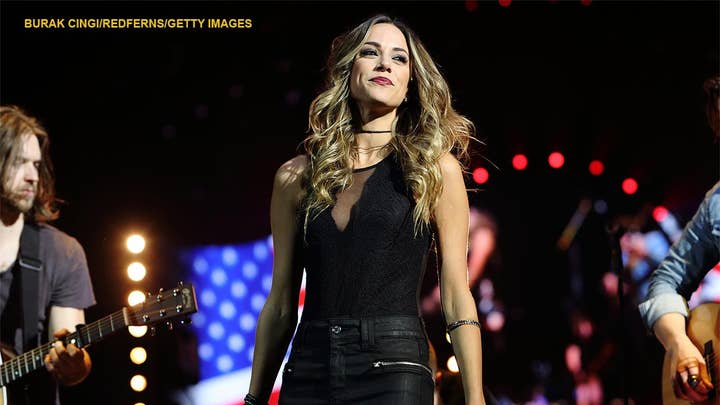 “I just can’t fight any longer. It’s time to heal,” she added. “Thank you for all the love, heart, and support, in many ways you have fought on this journey alongside me, and for that I am grateful.”

Kramer and Caussin married in 2015. Last year, Kramer revealed that Caussin had filed for divorce in 2016 while she was competing on “Dancing with the Stars” and he was in rehab treating his sex addiction, but the two later reconciled.

The marriage is Kramer’s third. She was previously married to Michael Gambino in 2004. In 2010, she married Johnathon Schaech, who she divorced the next year.

News of the split comes just seven months after the release of their book, “The Good Fight: Wanting to Leave, Choosing to Stay, and the Powerful Practice for Loving Faithfully,” which discusses how they bounced back from Caussin’s previous cheating.

The money has to do with any claims made in their marital home. The report notes that Kramer will keep the property where the two lived together, while Caussin was able to keep furniture from the master bedroom and bar room and was also be able to keep a truck, desk and dumbbells, the agreement states.

Kramer recently told comedian Chelsea Handler that she was finally ready to jump into the shallow end of the dating waters.

“It’s not because I saw a picture of Mike moving on,” she said of her reluctance “to get back out there and date — slowly.”

Darla From Little Rascals Grew Up To Be Absolutely Stunning

Pregnant Meghan Trainor Says Her Baby Is Breech at 36 Weeks