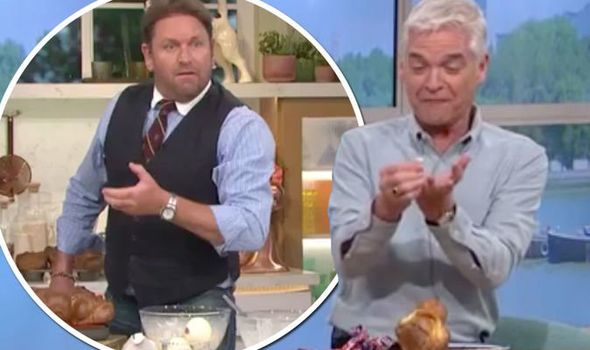 James Martin headed to the This Morning studios on Monday morning to cook a classic family recipe for presenters Phillip Schofield and Holly Willoughby. The following day, Philip took to social media to reveal an injury he picked up during the cooking segment.

Phillip snapped a picture of his blistered little finger in view of his 3.2 million Instagram followers.

“Blistered little finger after it got stuck in a red hot Yorkshire Pudding yesterday that @jamesmartinchef lobbed at me!” he captioned the social media snap.

On Monday, the chef was on the programme for a cookery masterclass, showing viewers how to make the perfect Yorkshire puddings to accompany a roast dinner.

He expertly whipped up the batter which was then poured into tins and placed in the oven. 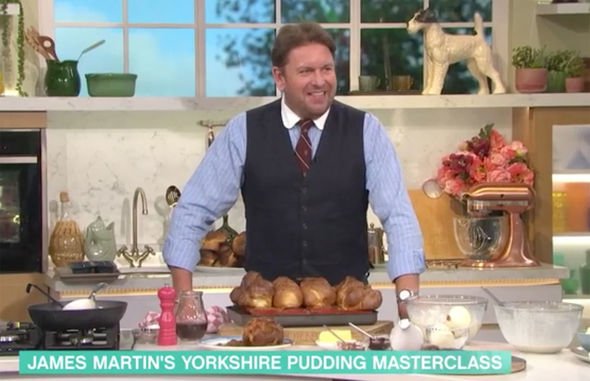 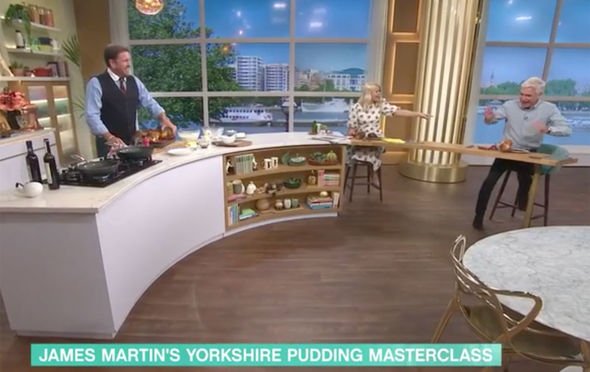 The show’s hosts were excited to see the results as James opened the oven to reveal the finished puddings.

“Look at that!” the Cube presenter exclaimed.

Keen to try out a freshly cooked one after finishing off his first, Phillip then asked the chef to “throw” him another one.

The 48-year-old cook then launched the food – fresh out of the oven – across the kitchen bench, first to Holly and then to Phil. 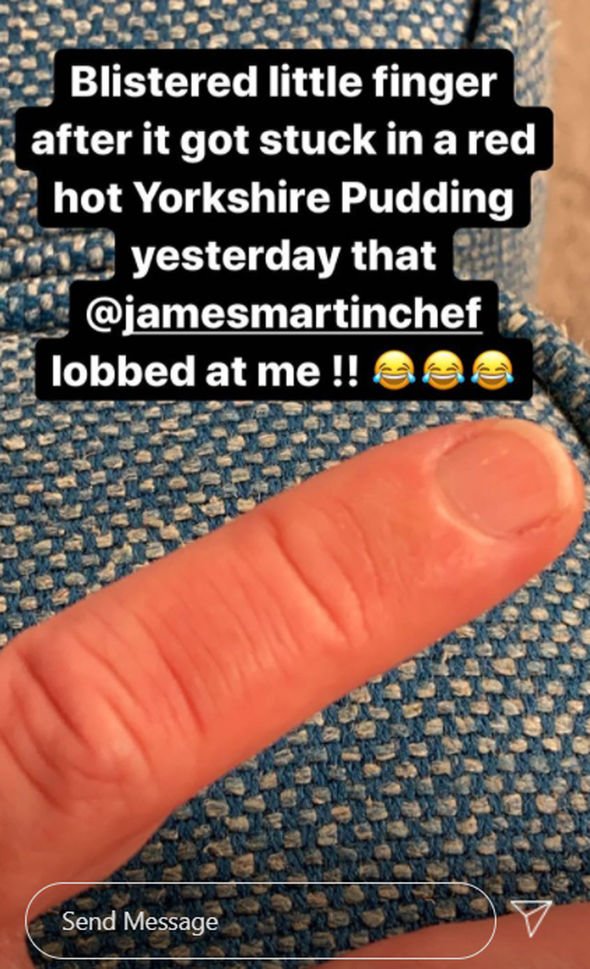 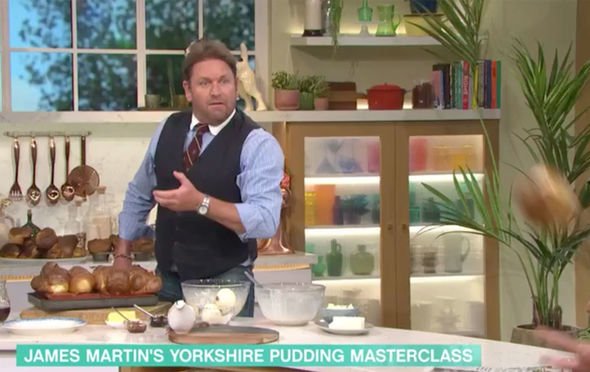 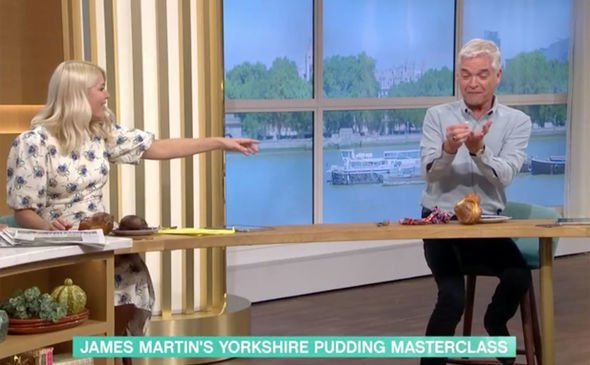 The father-of-two jumped into the air to catch the food and shouted: “Ouch! So hot, my finger went in it.”

Laughing, Holly asked if he was ok, before pointing out that she couldn’t even help him because of the social distancing rules.

“It’s just come out of the oven,” she remarked, when Phillip again explained what had happened.

Clearly impressed with the dish, the mum-of-three told James she was going to steal the Yorkshire puddings that he had made and freeze them for Christmas.

Celebs Who Are Advocates for the LGBTQ+ Community