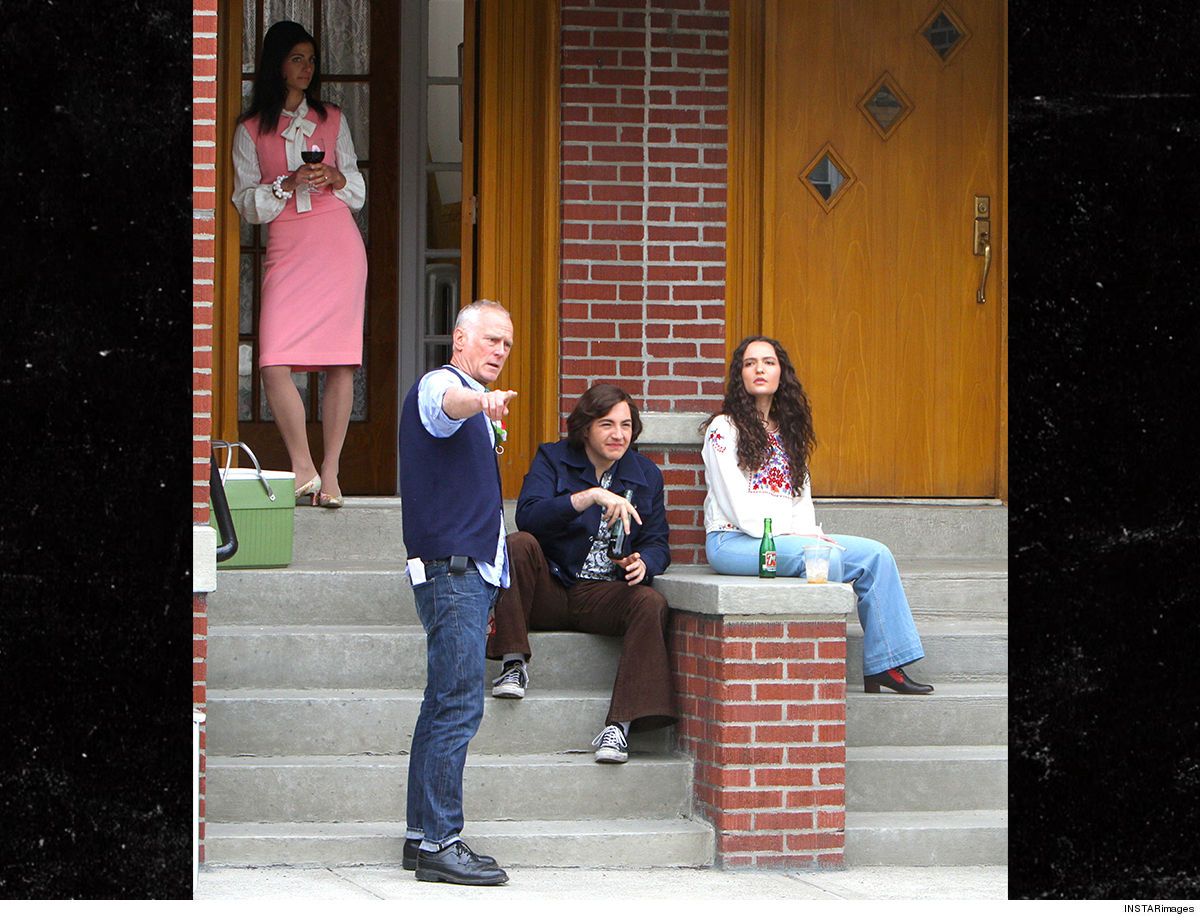 James Gandolfini‘s son is back in time to portray his famous pops … and it’s soooo groovy, man.

Michael Gandolfini was in Queens Friday on the set of the ‘Sopranos’ prequel … “The Many Saints of Newark.” Michael is playing young Tony Soprano. Looks like he’s having a far-out time working alongside costars Alan Taylor, Alexandra Intrator and Gabriella Piazza.

Gotta admit … 19-year-old Michael’s making the bell bottoms and butterfly collar work for him. The movie focuses on the Jersey gangster’s formative years, and it’s set to be released September 2020.

You’ll recall Michael couldn’t stop grinning ear to ear back in February at the thought of playing his late father’s most iconic role … especially after beating out some tough competition.