The popular YouTuber was accused of sexting and flirting with minors 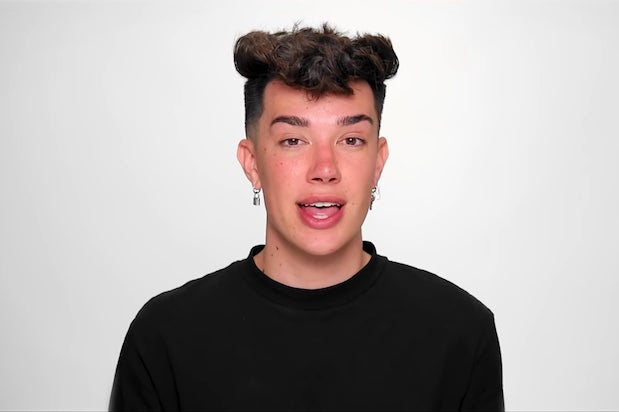 James Charles, a beauty guru and influencer with over 25 million subscribers on YouTube, apologized on Thursday following accusations that he sexted and flirted with minors on social media.

In a 14-minute video posted to YouTube, Charles, who is 21 years old, acknowledged that he had flirted with minors who had told him they were over 18 but said he was being “reckless.”

“The receipts and the screenshots and the specific details of the interaction really don’t really matter because I f—ed up, and I need to take accountability for my actions and most importantly apologize to the people who were affected by them,” he said. “These conversations should have never happened, point-blank, period. There’s no excuse.”

“I trusted the information that was given to me rather than the information I could have and should have gotten myself,” Charles continued. “As an adult, it is my job and my responsibility to verify who I’m talking to and therefore there was no one to blame for this other than myself. To the guys involved in this situation, I want to say I’m sorry. I’m sorry that I added you, I’m sorry that I flirted with you and I’m really sorry if I ever made you uncomfortable. it is completely unacceptable.”

In February, a 16-year-old boy posted two TikToks that went viral — and were reposted on Twitter — that accused Charles of grooming, sending unsolicited nude photos and pressuring the 16-year-old into sexting on Snapchat. At the time, Charles denied the accusations as “completely false” and said he ended the conversation after discovering the boy was 16, and not 18 as he had been told.

Since then, at least two more teenagers — aged 17 and 15 — and a third male of an unspecified age accused Charles of messaging with them despite knowing their age. And in March, Charles was fired as the host of “Instant Influencer,” a YouTube reality competition show.

Charles’ “holding myself accountable” video comes amid a scandal surrounding another popular YouTuber, David Dobrik, who has lost major advertisers and fans after one of his Vlog Squad collaborators was accused of raping a woman.