BBC presenter Sally Nugent, 49, has spoken out about her time co-hosting BBC Breakfast alongside Dan Walker, 44, while Louise Minchin, 52, has been on annual leave. Taking to social media, the former thanked the team for taking care of her on the show and referenced the infamous porridge choking scene that caused her co-star to light-heartedly label her “unprofessional”.

I’ve laughed, I’ve cried, I choked on my porridge

In view of her 122,300 Twitter followers, Sally spoke about her time stepping in for Louise.

She wrote: “Thank you to the brilliant @BBCBreakfast gang and @mrdanwalker who have looked after me so well for the last couple of weeks.

“I’ve laughed, I’ve cried, I choked on my porridge.”

Sally ended the tweet sarcastically: “But I don’t *think* anyone noticed.” 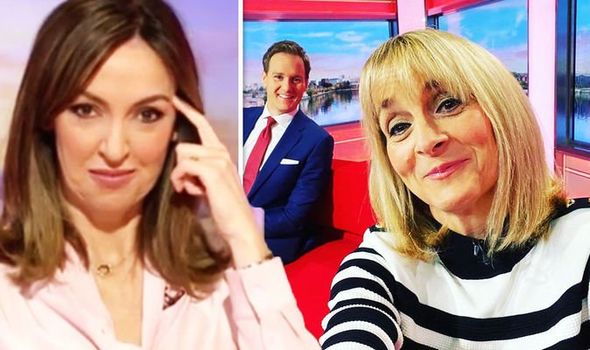 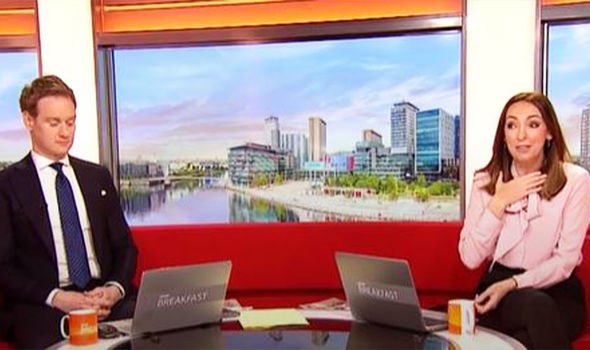 Fans of the presenter took to the comments to applaud her for her time on the show.

One wrote: “This morning yourself, Dan and Carol [Kirkwood] made me chuckle re; the weather!! We like banter!!!!”

Another social media user added: “You’ve been great, love you and Dan on together. Thank you for being brilliant.”

A third penned: “You were like too naughty children, lovely way to start the day… especially the snake conversation and the two loos.” 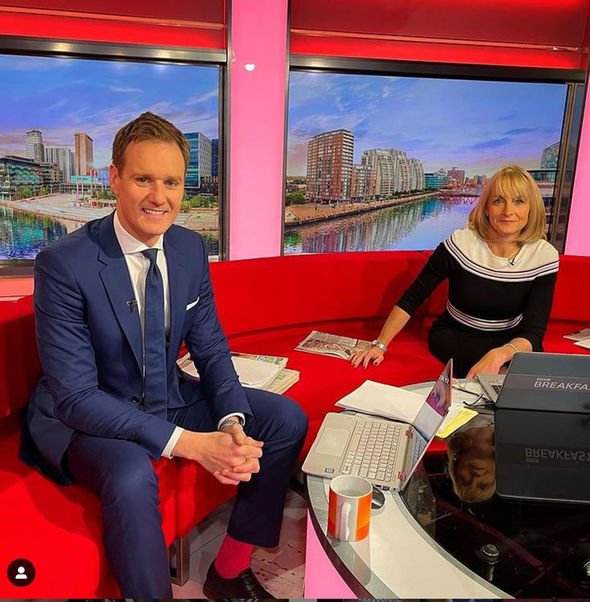 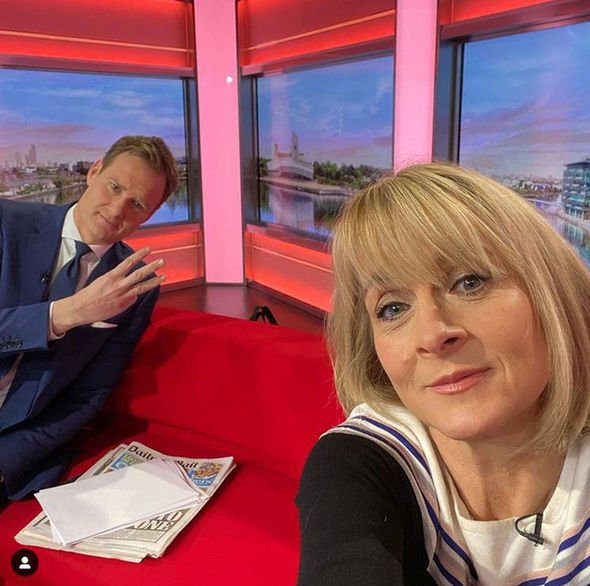 While another told the presenter to rush back to role: “Hurry back – you & Dan are terrific.”

Yesterday Dan labelled his stand-in host “unprofessional” after she started choking on her breakfast cereal, as the show resumed following a break.

After the regional news had aired at the top of the show, Sally had the duty of welcoming viewers back to the main studio.

Unfortunately, she started coughing as between the break, it seems she had been eating her breakfast.

Commenting on her outburst, the sports journalist said: “Excuse me now, I’ve got a porridge problem. I’ve been eating porridge.”

Despite the laughter, the pair continued with the rest of the breakfast show.

After Louise broke her foot last year while training for the Norseman triathlon, the BBC presenter kept viewers updated with her recovery.

Last week she informed her fans that she had been able to run for five minutes with the help of NHS app Couch to 5K.

She wrote to her 204,400 followers: “The no longer broken foot is making progress.. I am on @Couchto5K week 4, and managed five whole minutes running!” before tagging BBC radio DJ Jo Whiley.”

Despite the injury the news host went on to complete the marathon before she sought medical help.

Doctors eventually confirmed that she had broken a bone in her foot as well as snapping an ankle ligament and, after undergoing reconstructive surgery, spent time recovering on crutches.