Return of the big gig! Elton at Glasto, Take That in Hyde Park, Blur and Pulp bringing Britpop back centre stage. It’s going to be a bumper year for live music, writes ADRIAN THRILLS

One of the highlights of 2023 will be Elton John’s first appearance at Glastonbury — a Sunday night headline slot on June 25 that will be the final UK date of his farewell tour.

If recent shows are anything to go by, we can expect a two-hour spectacular dotted with hits and deeper cuts (glastonburyfestivals.co.uk).

Other Glastonbury names have yet to be revealed, but Reading and Leeds Festivals have been swift to announce impressive bill-toppers. Among those appearing between August 25 and 27 are Californian pop icon Billie Eilish and Geordie rocker Sam Fender.

Also on the bill at both sites are Foals, The Killers, Imagine Dragons and Lewis Capaldi, with a support cast that includes Wet Leg, Inhaler and Becky Hill (readingfestival.com; leedsfestival.com).

Organisers of Latitude, staged between July 20 and 23, have also pulled off a coup in announcing punk heroine Siouxsie Sioux, who will play her first show in ten years when she visits the BBC Sounds Stage at Henham Park, Suffolk.

Other acts billed include Pulp, Paolo Nutini, The Kooks and George Ezra (latitudefestival.com). Pulp and Ezra are also on the line-up — alongside Robbie Williams and Blondie — at the Isle Of Wight Festival between June 15 and 18 (isleofwightfestival.com), while rapper Stormzy will be curating an entire day’s entertainment when he headlines All Points East in London on August 18 (allpointseastfestival.com). 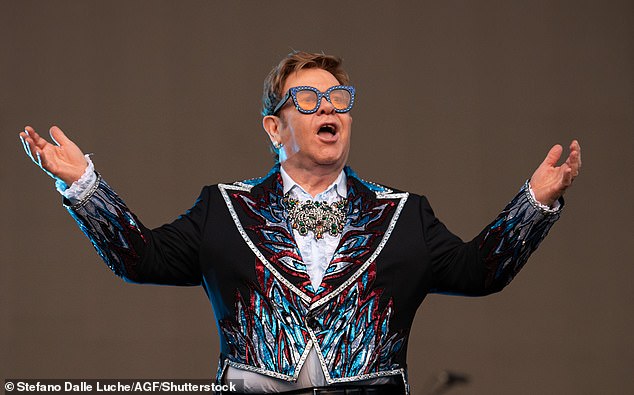 Now giving Glastonbury a run for its money as the summer’s premier event, BST Hyde Park returns with another set of stand-alone shows for city dwellers who don’t fancy getting mud on their boots.

This year’s series kicks off with Pink and Gwen Stefani, both playing on June 24 and 25, before the going gets heavier with Guns N’ Roses on June 30.

Playing their only UK gig of 2023, Take That, now down to a trio, appear on July 1, while K-pop girl group Blackpink headline the following night.

That leaves BST’s final weekend as an all-American affair, with Billy Joel on July 7 and Bruce Springsteen — whose tour also visits Edinburgh and Birmingham — firing up the E Street Band for two shows, on July 6 and 8 (bst-hydepark.com). 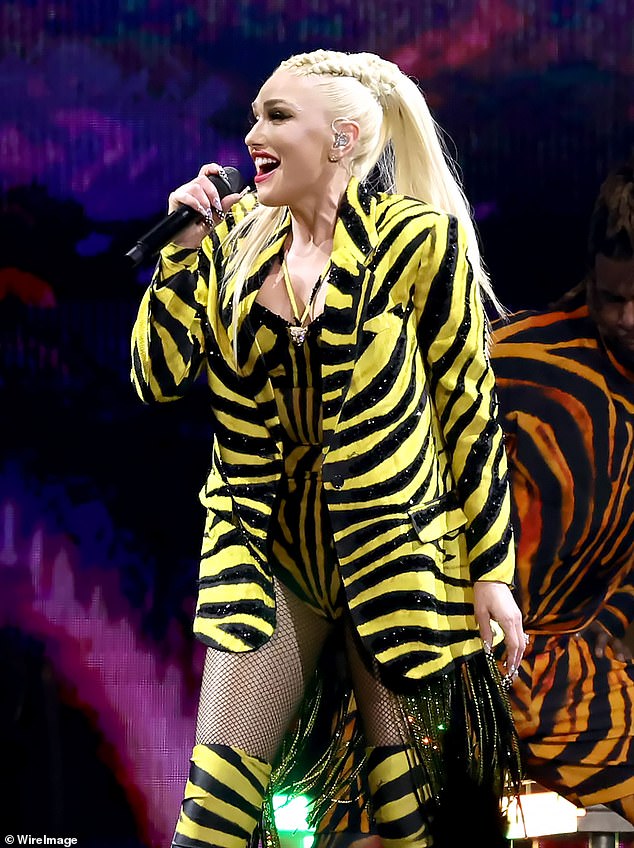 This year’s series kicks off with Pink and Gwen Stefani (pictured) both playing on June 24 and 25, before the going gets heavier with Guns N’ Roses on June 30

With Blur and Pulp in action, a Britpop summer is on the horizon. Blur play their first ever Wembley Stadium shows on July 8 and 9 (ticketmaster.co.uk), and Pulp, who last toured the UK in 2012, launch their comeback at Bridlington Spa, Bridlington, on May 26 (gigsandtours.com) before festival appearances.

There’s no sign of the Oasis reunion that would bring the Cool Britannia revival full circle, but Noel Gallagher is set for open-air shows with his band the High Flying Birds. Mixing Britpop classics with solo material, he starts his tour by headlining PennFest, Amersham, on July 21 (noelgallagher.com). 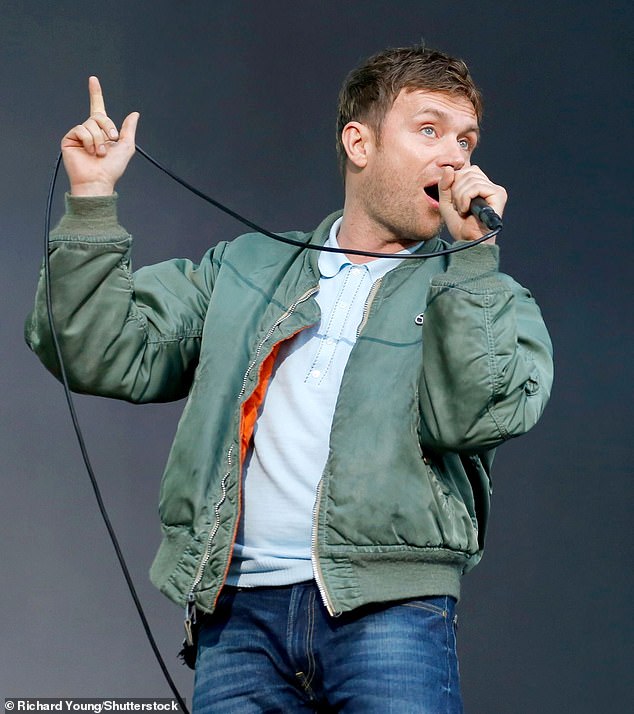 With Blur and Pulp in action, a Britpop summer is on the horizon. Blur play their first ever Wembley Stadium shows on July 8 and 9

Spring sees the return of Lizzo for her first UK arena shows. Her tour, featuring songs from this year’s disco-flavoured Special album, gets underway on March 8 at the OVO Hydro Arena, Glasgow, before visiting Birmingham, Manchester and London (ticketmaster.co.uk).

Canadian superstar The Weeknd is also playing major shows, performing songs from 2020’s After Hours and this year’s Dawn FM albums on his After Hours Til Dawn tour.

He starts at the Etihad Stadium, Manchester, on June 10, before two nights at the London Stadium and one at Wembley Stadium (livenation.co.uk).

And, having been forced to postpone their December gigs as founder member Neil Barnes recovered from an operation, dance duo Leftfield get their show back on the road when they begin a tour on May 18 at The Steel Yard, London (axs.com). 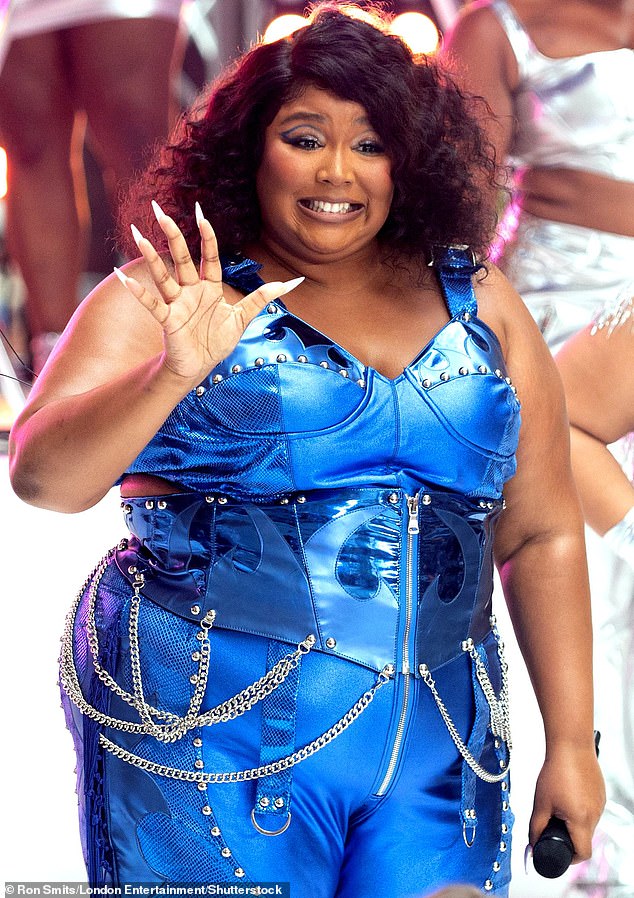 Spring sees the return of Lizzo for her first UK arena shows. Her tour, featuring songs from this year’s disco-flavoured Special album, gets underway on March 8 at the OVO Hydro Arena, Glasgow, before visiting Birmingham, Manchester and London

Rock fans are also set for a busy time, with Iron Maiden, Def Leppard and Mötley Crüe among the noisiest attractions. Maiden will focus on tracks from 1986’s Somewhere In Time and 2021’s Senjutsu when they launch their Future Past tour at the OVO Hydro, Glasgow, on June 26, while Def Leppard and Mötley Crüe begin a co-headline tour at Bramall Lane, in Leppard’s Sheffield hometown, on May 22 (both tours livenation.co.uk).

With guitarist John Frusciante back, Red Hot Chili Peppers also return. Having released two double albums of arena-friendly rock in 2022, the Californians play the Tottenham Hotspur Stadium on July 21 and Glasgow’s Hampden Park on July 23 (livenation.co.uk), while Kiss continue their long goodbye (they began a farewell tour in January 2019) as they play Plymouth Argyle’s Home Park Stadium on June 3 (axs.com).

In this season of pantomimes, what could be barmier — or balmier — than the strange amalgam of fun, fantasy and Masonic ritual that Mozart and Emanuel Schikaneder cooked up for Vienna in the composer’s last year, 1791?

It finds full expression in this latest incarnation of David McVicar’s 2003 production, which seems to gain in both comedic and musical authenticity at each reappearance — revival director Angelo Smimmo has certainly breathed new life into it.

The spoken dialogue is livelier and the Three Children, given some of Mozart’s most divine melodies, are no longer prematurely aged as McVicar weirdly conceived them: when I saw them they were beautifully voiced by a girl, Tharuni Kalavannan, and boys Patrick Devlin and Frederick Mushrafi. 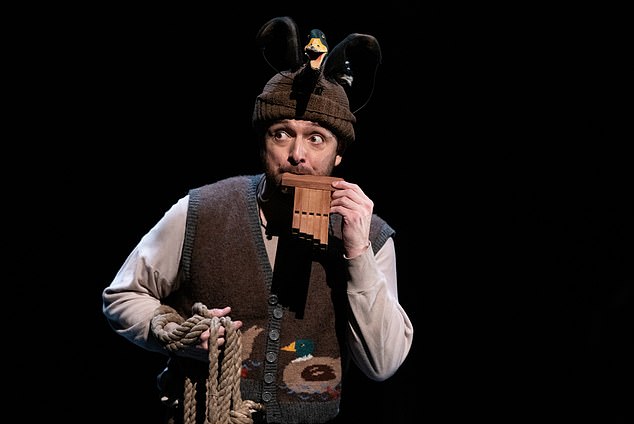 Gyula Orendt, already familiar as a Mozartian baritone at Covent Garden, is one of the drollest exponents of the birdcatcher Papageno that I have seen: an expert singer who also excels in cheeky speech and physical comedy.

Making her ROH debut, Aigul Khismatullina from Tatarstan makes a formidable Queen of the Night, best when shooting out alarmingly staccato high notes, a little less secure when trying to clarify the divisions in her first aria.

New Zealand-Tongan tenor Filipe Manu, whom we have watched rise through the ROH ranks, and Austrian-British soprano Anna Prohaska are sympathetic as lovers Tamino and Pamina. He is tested a little by the very first scene, she phrases unusually in her aria, but they make a handsome pair.

Brindley Sherratt is more at ease than ever as the sage Sarastro — whose arias, in George Bernard Shaw’s opinion, are the only music fit to be put into the mouth of God.

At the other extreme, Brenton Ryan is a truly nasty, dangerous Monostatos.

Maxim Emelyanychev conducts with a sure feeling for the contrasting demands of the score, and the chorus and orchestra respond well to him.

Roles such as the Three Ladies and the various priests are well-filled and the puppeteers are as skilful as ever.

Paraglider Cheats Death, Saves Own Life One Second Before Impact In Terrifying Video