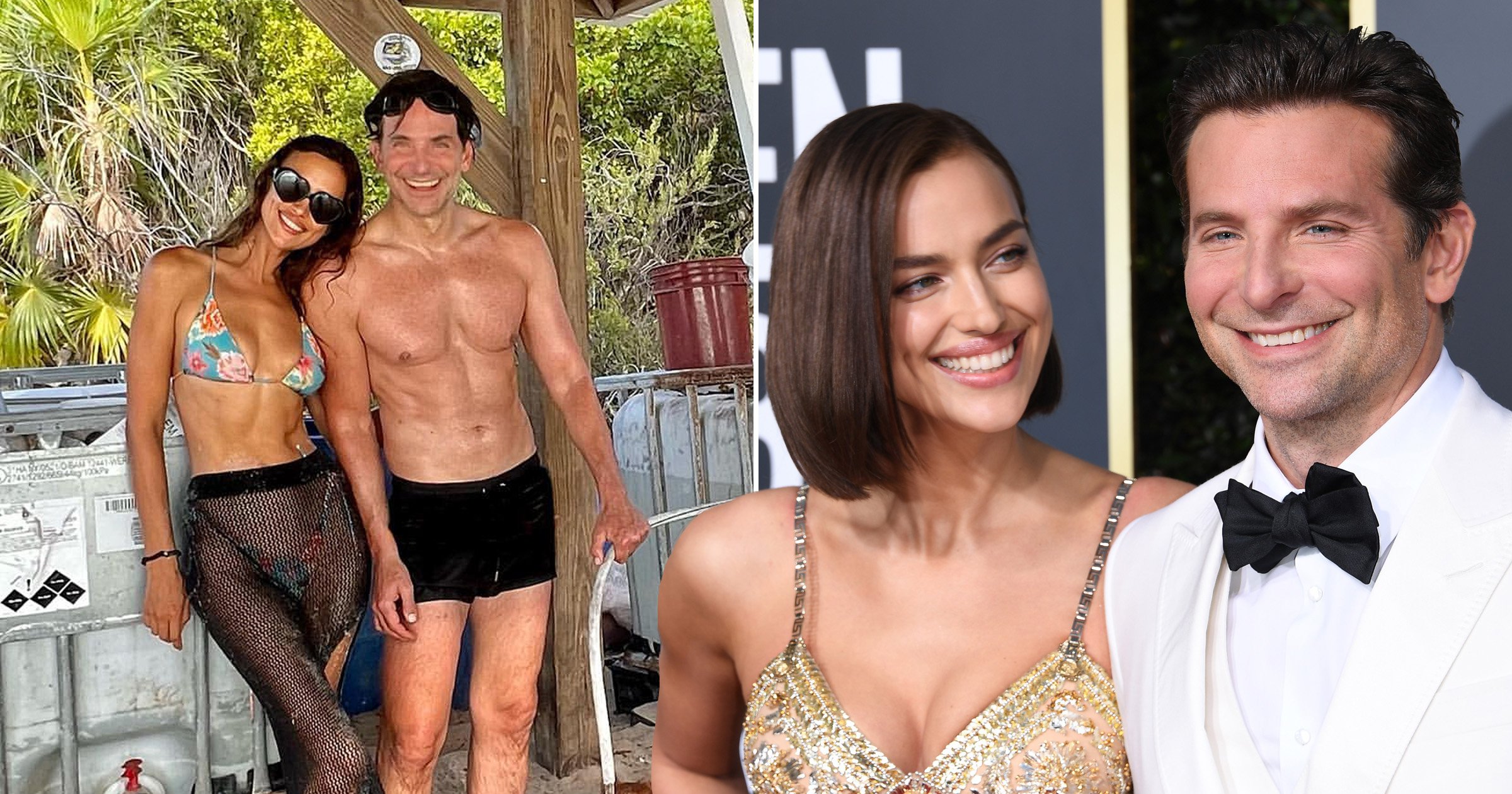 Irina Shayk and Bradley Cooper have sparked rumours that they have rekindled their romance after enjoying an idyllic holiday in the Bahamas together.

The supermodel shared a series of snaps of the pair looking happier than ever on the sunny getaway on her Instagram page, leading fans to wonder if they were an item again.

In one snap, the 36-year-old model, who is in a multi-coloured bikini with a mesh cover-up at the bottom, is seen leaning on the actor’s shoulder as she smiles and poses.

Bradley, who is topless and in black swimming trunks, looks in his element as he fills a drum with water being drunk by some thirsty pigs.

In another picture, only the pair’s legs are shown dangling together in the ocean.

While this could be just a case of the friendly exes – as they took their daughter Lea, five, on the trip – there has been speculation since early last year that they have indeed reconciled.

Irina was seen out in New York after she was spotted heading to Bradley’s house last November where she celebrated Thanksgiving.

Early 2021, the two were also seen walking in NYC with their arms linked.

The pair has also been seen spending time together with their daughter since announcing their split after five years together in 2019.

In December 2021, Irina also supported Bradley on the red carpet at the New York premiere of his film Nightmare Alley.

And recently A Star is Born actor Bradley has been rumoured to be dating Huma Abedin, a former top aide for Hillary Clinton.

An insider told PageSix Bradley and Huma have been ‘quietly’ seeing each other for months after he broke up with actress Diana Argon.

Irina was also romantically linked to Kanye West early last year after they enjoyed a romantic trip to Paris.

​Milania Giudice, 15, Rocks Bikini While Reuniting With Dad Joe In The Bahamas