Brad Pitt and Angelina Jolie married in France in 2014 after meeting in 2005 on the set of “Mr. & Mrs. Smith,” per the Daily Mail. The couple shares six children: Maddox, Pax, Zahara, Shiloh, and twins Vivienne and Knox, according to Page Six. Pitt and Jolie famously took a political stance on marriage, saying that they wouldn’t go through with the ceremony until same-sex marriage was legal. However, they both disclosed that it was their children, according to the Daily Mail, who encouraged their marriage.

Things came to a head, however, in September 2016 when Jolie filed for divorce, citing “irreconcilable differences.” News broke after that the divorce may have been triggered by a reported outburst on a private plane that the family took from Paris to Minnesota, as the Daily Mail reports. Pitt admitted that he yelled at one of his children but claimed that there was no abuse.

As ongoing custody proceedings ensue, Jolie made a shocking claim about Pitt during their marriage. Here’s what she said. 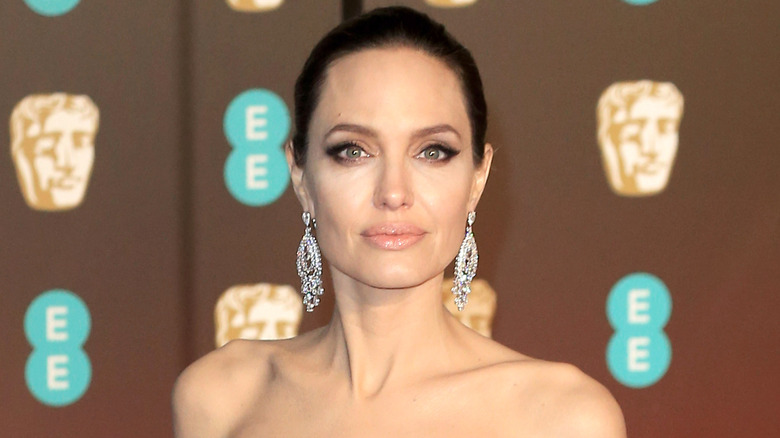 Speaking of her marriage to Brad Pitt, Angelina Jolie made a disturbing claim. During an interview with The Guardian published on Sept. 4, Jolie was asked if she ever feared for her safety and the safety of her children. “Yes, for my family. My whole family,” she replied.

Much of Jolie’s focus throughout her life has been on the safety and rights of children around the world. In fact, Jolie recently wrote a book on the subject called “Know Your Rights,” and the topic of the book melded into her personal life during the interview. “Often you cannot recognize something in a personal way, especially if your focus is on the greatest global injustices because everything else seems smaller,” she told The Guardian. “It’s so hard. I’d like to be able to have this discussion and it’s so important…”

Jolie added: “I’m not the kind of person who makes decisions like the decisions I had to make lightly. It took a lot for me to be in a position where I felt I had to separate from the father of my children.” Despite Jolie’s claims, Pitt is still fighting for custody rights over their children, according to Page Six.

Dylan Gage, 14 year-old actor: what did kids do in the early 2000s before YouTube?