Holly Willoughby, 38, took a break from presenting This Morning last year when she headed Down Under to host I’m A Celebrity… Get Me Out Of Here! with Declan Donnelly, 43. As a result, Phillip Schofield, 57, was left in need of a presenting partner on the ITV morning show. Ultimately, Rochelle Humes, 30, got the job, but reports have since claimed Amanda Holden, 48, was angry by the appointment, having previously been told the spot was hers. After Amanda Holden appeared to confirm the spat with Phillip Schofield on Heart Radio last month, a source said Holly wanted to “defend” her co-host.

“She was really upset and feels she has a duty to defend him and she’s already trying to make big moves to quash the negativity from Amanda.”

The source claimed the This Morning duo had spent “hours” talking about the situation.

“Holly because she’s been really upset and burdened by seeing him that way,” they added.

They went on to say Holly is keen to set up a meeting to speak to Amanda and “bring Phillip into the mix when she’s laid the groundwork”.

“She feels she has to do this for him and can’t stand to see him so down about all this,” they told the publication.

Express.co.uk has contacted representatives for Holly, Amanda and Phillip asking for comment. 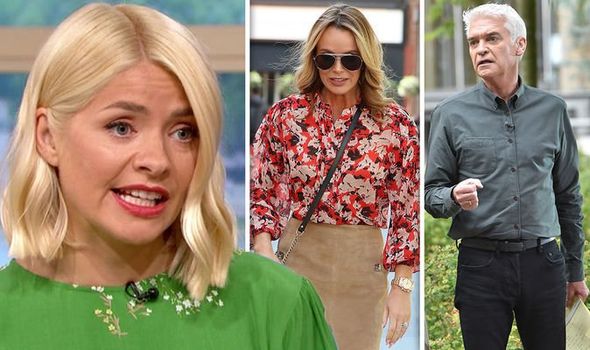 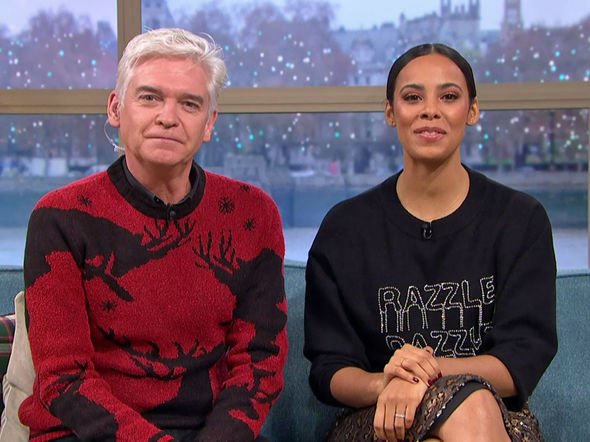 Addressing reports in view of his 4.5 million Twitter followers, he said: “The end of another really sad weekend.

“When you try for 35 years to be the easiest, most fun person to work with and you read such hurtful and wildly untrue stories from nameless ‘sources’.

“Obviously I’ll take it on the chin… I just hope you know me better,” he added.

Phillip’s comments came after a source told The Sun Amanda had been told privately that she would be replacing Holly.

“She was told [Phillip had] chosen Rochelle because she was easier to ‘manage’ on air — and understandably that incensed her,” they claimed. 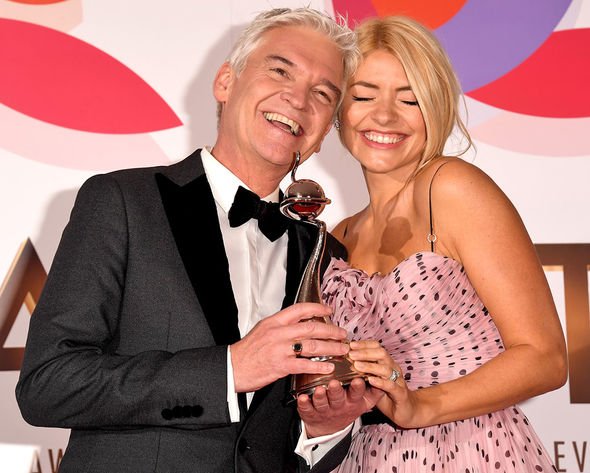 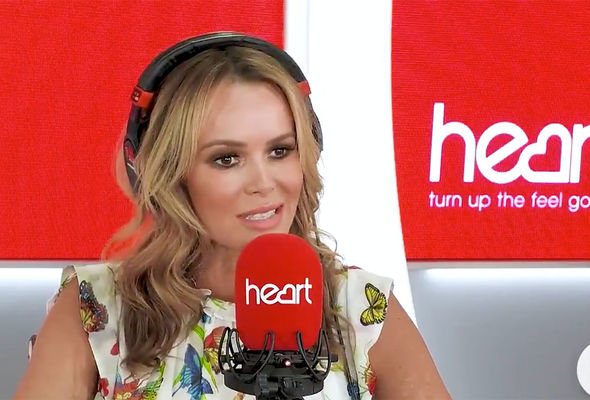 Amanda later spoke out about the apparent feud on Heart Breakfast when her co-host Jamie Theakston, 48, quizzed her about the rumours.

“I mean, you know, it’s not great waking up to headlines like that,” she said.

“I did offer to meet up with [Phillip] for a coffee months ago. “He didn’t reply to my text.”

In light of reports surrounding Holly’s replacement, an ITV spokesperson told Express.co.uk: “Presenter line ups on This Morning change regularly and final decisions on these line ups are made by producers and not the presenters.

“Phillip Schofield is a much loved broadcaster and part of the ITV family. He is a consummate professional and held in high regard at ITV.”

This Morning airs weekdays at 10.30am on ITV.