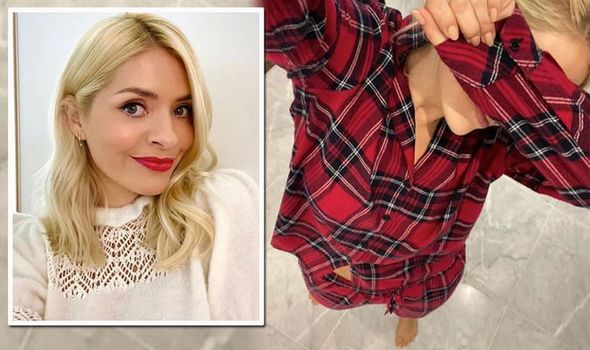 This Morning star Holly Willoughby has been making the most of her half term break this week by chilling out at home in her pyjamas. The mum-of-three, who shares Harry, 11, Belle, nine, and Chester, six, with her husband Dan Baldwin, informed her followers that it was: “Never too early for a Christmas PJ.”

True to form, the 39-year-old TV star even managed to look super stylish first thing in the morning in her pyjamas.

Holly, who covered her face with her arm for the photo, was sporting a traditional red tartan shirt and matching trousers.

The beautiful blonde flashed a glimpse of her toned torso and had bare feet in the snap, which she shared with her 6.9 million followers.

However, with 65 days to go till Christmas, Holly’s festive nightwear divided opinion, with some fans saying it was too early. 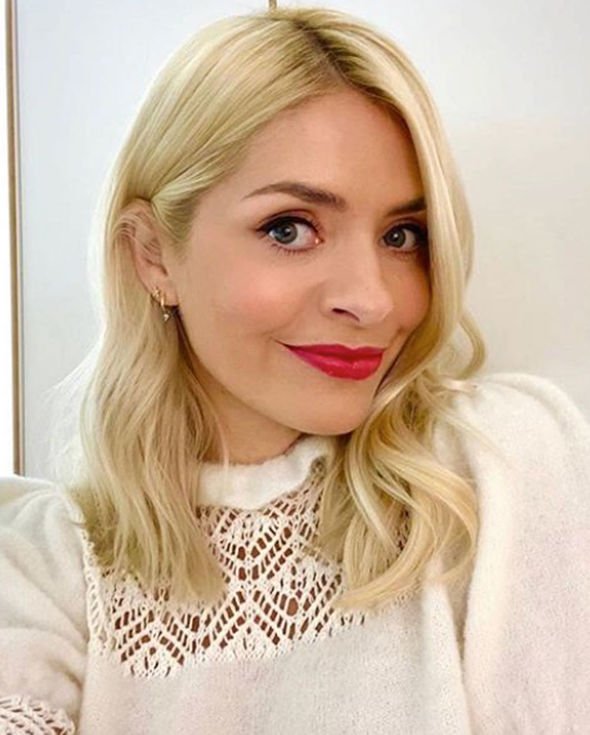 This Morning host Rochelle Homes, who often presents the fashion and beauty segments, agreed that it was “NEVER” too early to don Christmas-wear.

“Got mine on too!” added Holly’s former Celebrity Juice co-star Keith Lemon.

In reply to the TV host, Holly said: “These were my @celebjuiceofficial ones! I’ll have them on tonight for you.” 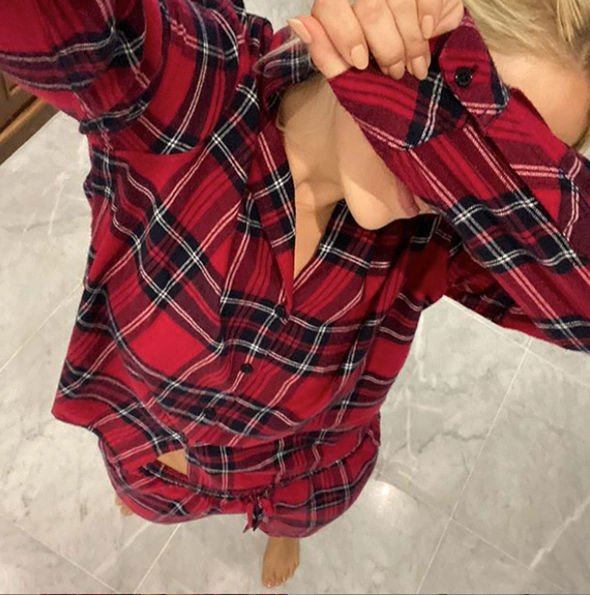 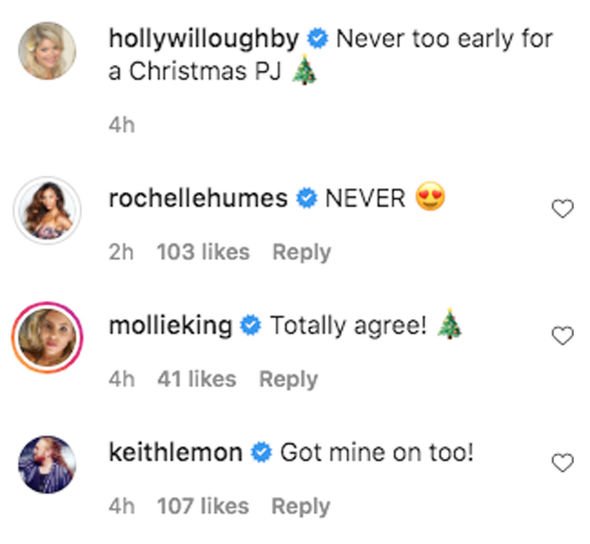 “Hmm well a bit early if you ask me…” a fourth follower remarked in the comments section of the post.

“NO NO NO IT IS TOO EARLY,” another social media user exclaimed.

Agreeing with Holly’s post, another Instagram follower remarked: “Christmas pj’s all year… That’s why you get Xmas pjs.”

‘The Voice’ Cast on Having Pre-Thanksgiving at John Legend, Chrissy Teigen’s Home