The ‘Today’ co-host laughed off rumors that she had plans for a third child, but didn’t write off the idea of adopting another again.

Hoda Kotb revealed that she wasn’t trying to send fans a message, when she posted Instagram photos of her daughters wearing matching “Big Sister” t-shirts. The 57-year-old Today host revealed that while her and her fiancé Joel Schiffman, 63, don’t have plans for a third child in a Tuesday October 5 interview with People’s Making Space podcast. While they may not have plans, she did say the two were “discussing” the possibility.

When interviewer Kay Adams asked if Hoda was “trying to tell us” something, by posting a series of photos on Instagram on September 27, Hoda laughed and revealed that it said more about her shopping habits than it did about her becoming a mother for the third time. “I’m just trying to tell you that I bought two shirts on Amazon, okay? That’s what I’m trying to tell you!” she said!

Even though both the girls looked adorable in the matching shirts, Hoda quipped that she usually buys matching outfits for her girls, but she did say her and Joel have kept the idea of a third child on the table. “We are discussing that, but the t-shirts were not a sign. You should see how I shop. You’d be embarrassed. I buy everything on Amazon. I just say, ‘Get two.’ So I got two. I was like, ‘Oh they both say, ‘Big sister, okay,’” she said. 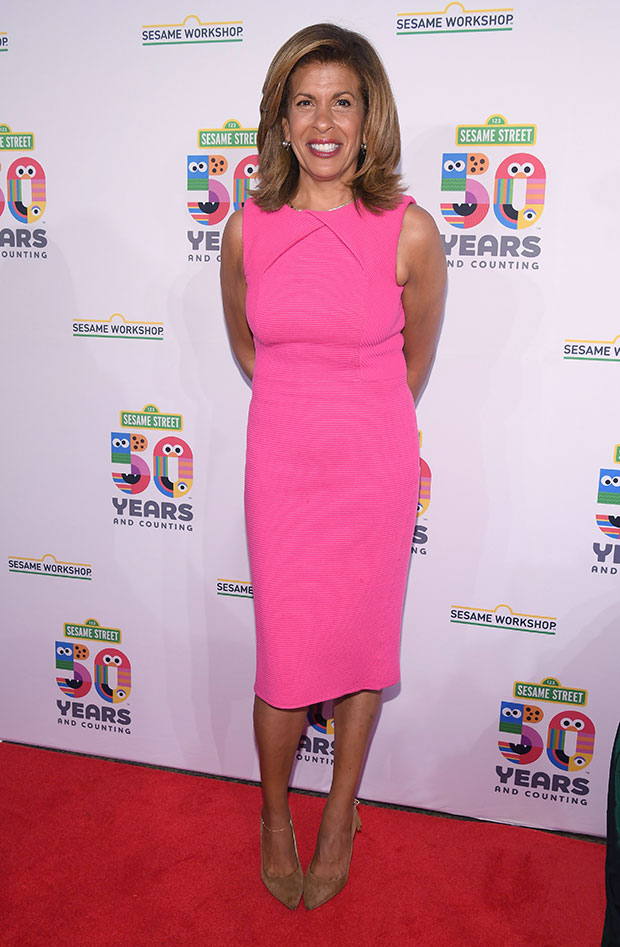 While they may be open to having a third child, Hoda showed that she and Joel aren’t in a rush. “Anyway, we are talking about that. That’s something that we hope, if it comes, it comes. So we just wait patiently!” she said. Hoda has two girls Haley Joy, 4, and Hope Catherine, 2, whom she adopted in 2017 and 2019, respectively.

Hoda opened up about adopting and meeting her fiancé in the interview. “I met a great guy. I ended up getting this great job at the Today Show, and best of all, I spoke to the man I wanted to spend my life with about a dream I’d had, and I said, ‘I’d like to explore adoption with you,’ and he said, ‘Yes.’ In that moment, I thought, ‘All my blessings are here in my 50s?’ Who would’ve thought that?” she said.