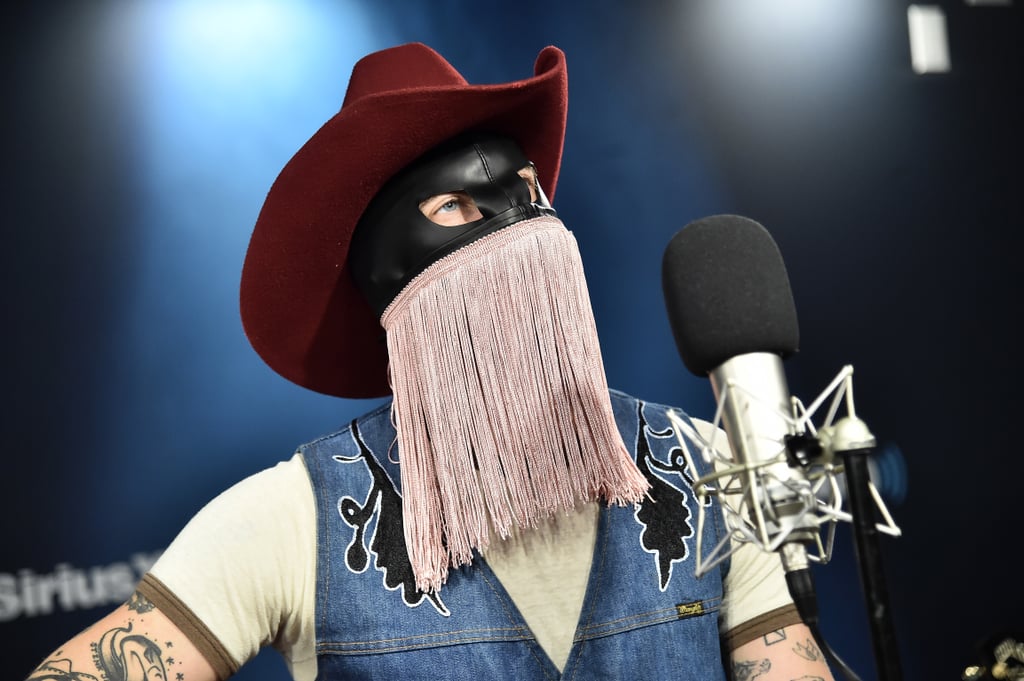 Who’s ready for some thrills and chills? Harry Styles just added two Halloween-themed shows to his Love On Tour concert dates, which will take place on October 30 and 31 at NYC’s Madison Square Garden. Tickets for “Harryween” will go on sale to the public on March 6, and Harry requested that fans show up in costumes. He also announced that Orville Peck will be opening the shows — and if you aren’t familiar with the Canadian country musician, here’s everything you should know about the up-and-comer (besides his penchant for wearing a fringed Lone Ranger mask).

First off, Orville Peck isn’t his real name, though the man behind the pseudonym has yet to be revealed — probably because he has never shown his face. After releasing his debut album, Pony, in March 2019, Orville explained during an interview with Vice that his mysterious identity is part of a performance. “There’s a lot of theatricality to what I do and that’s purposeful,” he said. “It’s ironic because, at the same time, I truly believe this project is the most sincere thing I’ve done artistically, the most exposed that I’ve ever been as a singer, as a writer, as an artist.”