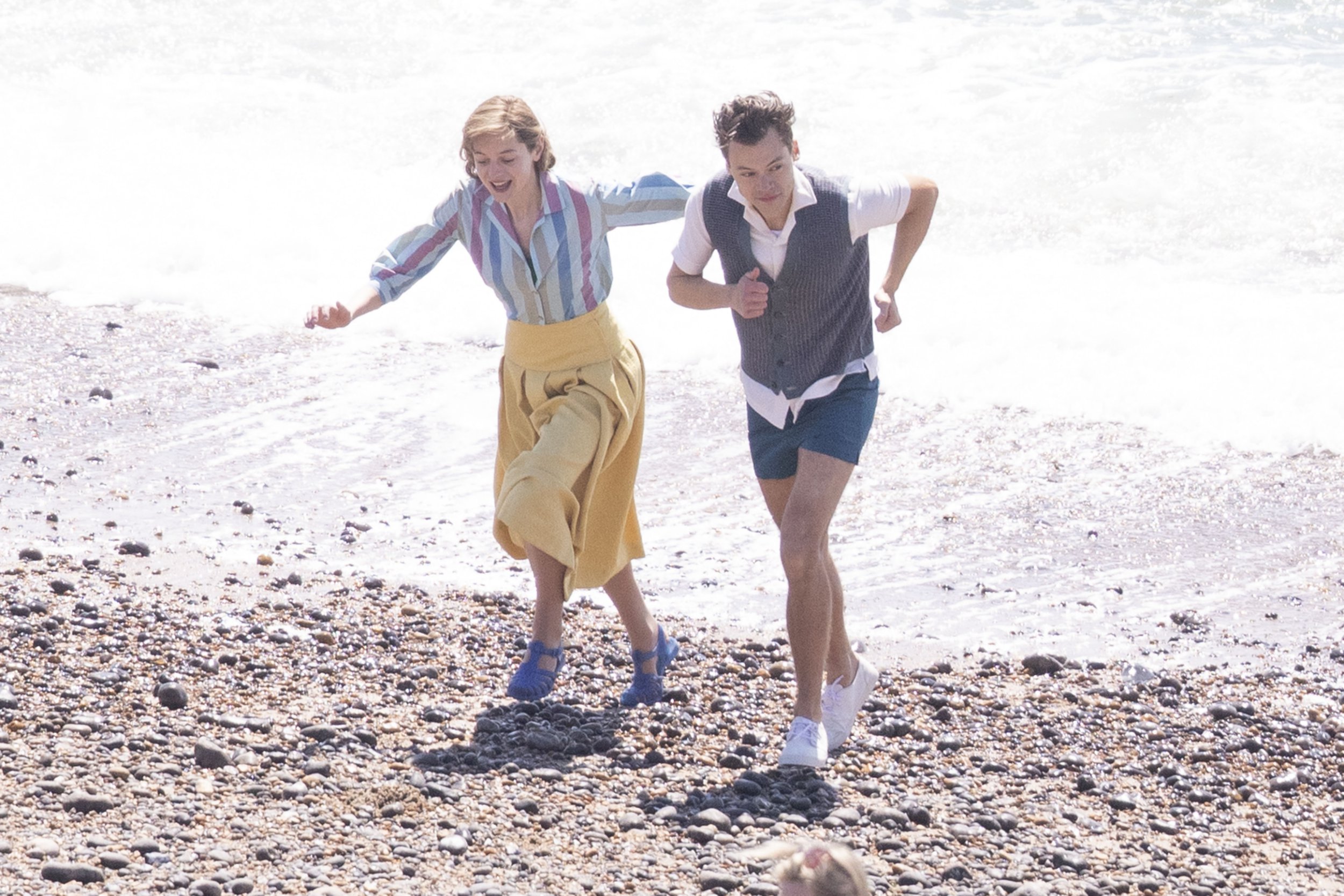 Harry Styles was all smiles as he joined Emma Corrin on the beach, during filming for My Policeman.

New photos from the set of the upcoming drama showed the Watermelon Sugar singer having the time of his life as he jogged along the seafront.

While Emma – who plays his onscreen wife, Marion – rocked a striped shirt and high-waisted yellow skirt for the shoot.

At one point, Harry was seen walking with his arm around a co-star as the cameras rolled, before frolicking in the sunshine on the pebbled beach.

It was all fun and games behind the cameras as Emma and Harry laughed together as they warmed up on the location shoot – with the One Direction star rocking the iconic hairclips he was previously seen with.

Filming has also been taking place in Worthing, where they were filmed in a passionate embrace.

My Policeman is set in the late 1990s and follows ‘the arrival of elderly invalid Patrick into Marion and Tom’s home’.

‘This triggers the exploration of seismic events from 40 years previous – the passionate relationship between Tom and Patrick at a time when homosexuality was illegal’.

The movie, based on the novel of the same name by Bethan Roberts, is directed by Michael Grandage while the screenplay has been penned by Oscar-nominated Ron Nyswaner – with David Dawson cast as Harry’s on-screen lover, Patrick.

Though little else is known about the flick, it was claimed that Harry and David are reportedly set to get naked for a ‘passionate sex scene’, where ‘nothing is going to be left to the imagination’.

A source told The Sun: ‘Harry is throwing himself into this new role and is really excited about the challenge, even though it’s a daunting task.’