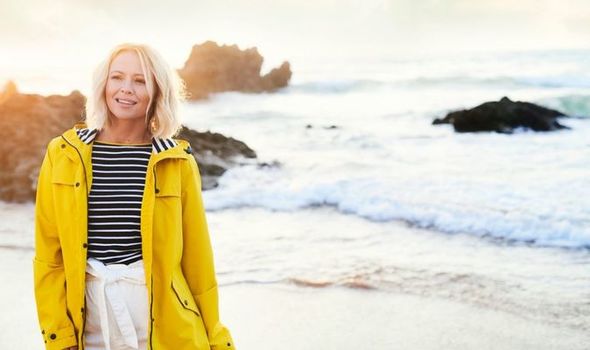 When we meet, rehearsals are well under way for Sleepless: A Musical Romance with Kimberley and Jay McGuiness taking the lead roles in the show based on hit 1993 romcom Sleepless In Seattle. And while the days are long and the work tough, Kimberley remains as bright and bouncy as ever.

“Oh, it’s not too crazy,” assures Kimberley, unfazed as another gaggle of tourists strides by.

“I guess I’m used to most hours of the day being taken up. The days go by so quickly and when I’m done, I go home, chill with the kids and get them to bed.”

She’s talking about sons Bobby, five, and three-year-old Cole, who are used to their mum’s busy and ever-changing schedule.

The 38-year-old has been in the limelight since 2002 when she wowed Pete Waterman on Popstars: The Rivals and shot to fame with band Girls Aloud.

Kimberley later went on to release her own music and an autobiography, A Whole Lot Of History, before making her West End debut in 2012 as Princess Fiona in Shrek The Musical.

“Bobby gets it now,” she says of her fame. “He’s a bit confused as to why people care so much, but he’s got a chilled manner in life and seems to be dealing with it well.

Even when we’re playing restaurants at home he’ll pretend to ask me for a selfie because that’s what other people do. Bless him.”

And while spring has well and truly sprung, along with buckets of rain and high winds, Kimberley’s well prepared to weather the storm with her latest Regatta collection.

Gone are the days of settling for a frumpy raincoat – this is a range full of trendy jackets and prints.

“Practical clothes have come a long way,” she laughs.

“It’s all inspired by the English summer. We feel like spring is here but actually, deep down, we know it’s going to rain the whole time.

Us mums have to be prepared for every eventuality.

These pieces don’t take up room. You can just pop a jacket in your bag with all the kids’ stuff and never get caught out.” 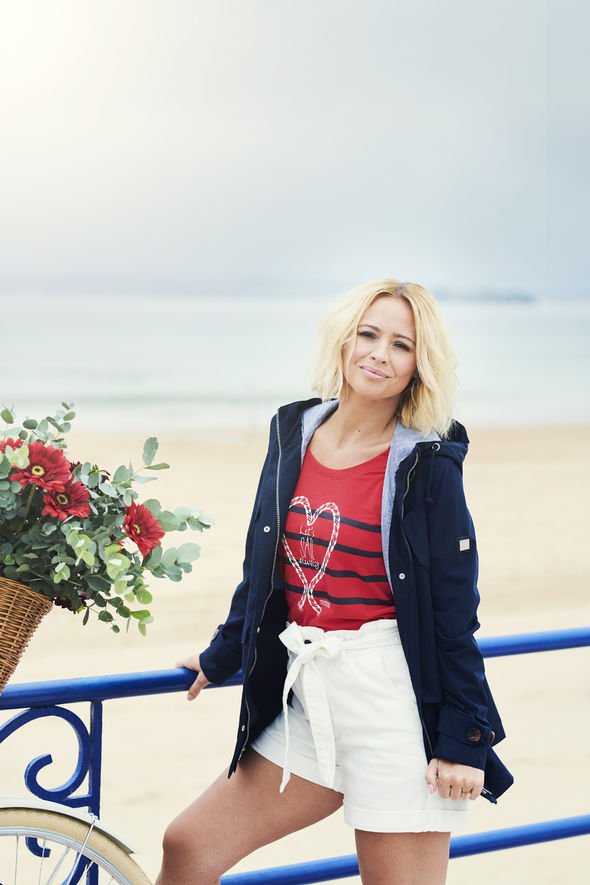 When she’s not working her socks off, Kimberley can be found outside with the boys, running around and keeping active in all weathers.

Camping is on the cards, too, but that’s for better days.

“The boys keep asking about it. It’ll be something they love, although I’m not sure I will.

I’ll have to do it for their sake I think,” she confesses.

“When I was young I wanted to be at Glastonbury every year and now it’s things like The Big Feastival, you know, things the kids will like.

We’ve got a fashionable festival raincoat in the collection, actually.

It’s got a little drawstring to pull you in at the waist, a lovely fishtail shape and a snakeskin-style print.”

Back inside and far from the madding crowd, Kimberley has her acting hat on.

It’s her second time sharing the stage with Jay and the pair’s second adaptation of a Tom Hanks movie.

Last year they told the tale of Big, about a boy whose wish to be a grown-up comes true, while Sleepless is a classic romance. 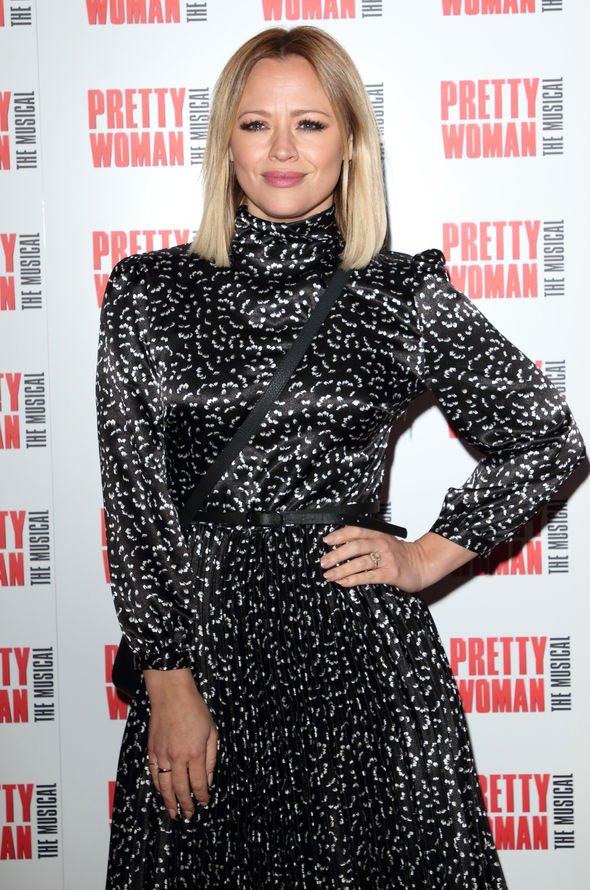 Jay was a singer with band The Wanted before he won the 13th series of Strictly Come Dancing with professional dancer Aliona Vilani.

But onstage Kimberley and Jay make the perfect pair.

“Knowing Jay makes everything so much easier,” she says.

“We didn’t need to settle or get used to leaving our inhibitions behind. He’s such a lovely energy to have around so I think it’s going to be a really fun show.”

The musical sees widower Sam [Jay] moving to the city with his young son, Jonah.

After Sam shares his heartbreaking story on the radio, Annie, a spirited journalist played by Kimberley, journeys across America to get the scoop.

It’s Jonah’s job to bring the pair together just in time for Valentine’s Day.

“When I was young I watched Sleepless In Seattle on repeat,” Kimberley confesses.

“I did the first workshop for the show four years ago but I got pregnant with Bobby.

My heart was so attached to the role that when it came up again, I really wanted the part.

I’ve always played characters that others have done before me, so to have a new role that I could create myself was really special.”

In the film, Annie is played by Meg Ryan and Sam by Tom Hanks, but there’s no pressure to step into the Hollywood actors’ shoes, insists Kimberley.

“The musical is so different. Sure, the story very much follows the plot of the film, but there are definitely differences and Annie’s character is a bit more exaggerated onstage.

And if the Hollywood A-listers went to see the show?

“I mean, wouldn’t it just be amazing? Let’s hope they hear that it’s a must-see.”

While Kimberley adores a good love story, romance doesn’t play a huge part in her own life.

She’s not a hopeless romantic and neither is her husband, Justin.

They’re not a grand gesture kind of couple, she admits.

“We’re both quite thoughtful and try to do things that will make each other’s lives easier. We make sure that the other person knows how loved they are all the time,” she says.

“I do, however, believe in fate, which is the main thread running through Sleepless. Signs and fate bring the right people together in the end.

Me and Justin have mutual friends who got married, so we would have always crossed paths somehow.” 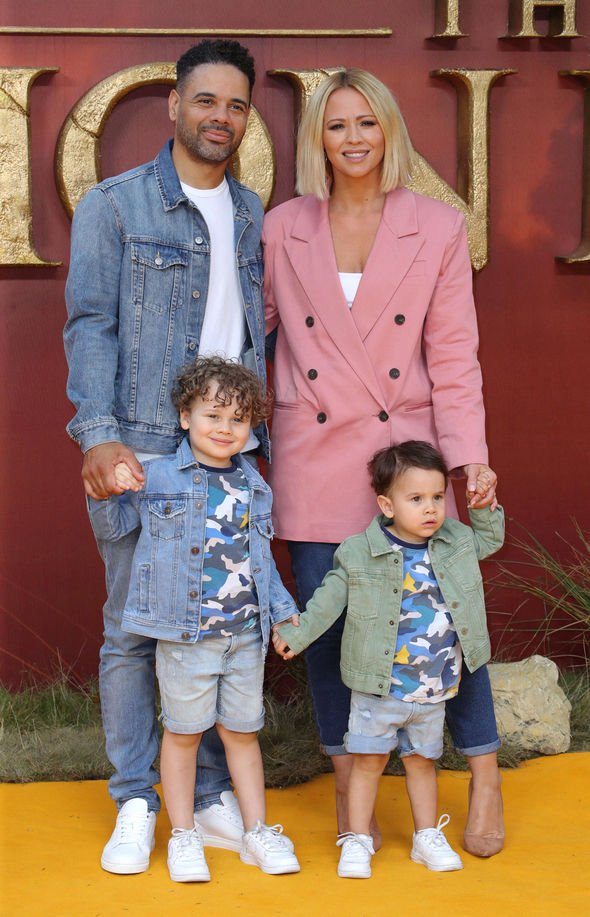 The pair met at a gig in 2003 when their bands, Girls Aloud and Triple 8, were signed to the same label.

They tied the knot 13 years later in Barbados, with Kimberley’s former bandmates Cheryl Tweedy and Nicola Roberts flying in to be bridesmaids.

Although Girls Aloud split in 2013 and Kimberley went on to release her solo album Centre Stage, the girls have remained close.

Nadine Coyle faced her fears in the I’m A Celeb jungle while Sarah Harding decided to step away from the limelight after appearing on Celebrity Big Brother in 2017.

“We feel so proud of each other when we achieve something great. It’s almost like watching your children,” Kimberley says.

“I knew straight away that Queen Bee was Nicola. I know her voice so well.

She couldn’t tell us, which was the most hilarious thing. We’d wind her up by sending her winking messages each week, telling her how well the Bee was doing.

I was so proud of her winning and so happy that people got to recognise how great her voice is.

When you’re in a band you never see someone’s potential individually. It’s not possible, and that’s fine, but it’s nice that she has finally had a chance to show it.”

Kimberley takes her boys to Cheryl’s house for playdates with her son Bear, whose dad is One Direction’s Liam Payne.

“Cheryl and I are such great friends we don’t need an excuse to see each other,” she says.

“The playdates are great, though, and the boys are very cute together. Bear is always asking to come to our house and mine always want to go to Cheryl’s.

Cole and Bear are the same age, too. It’s all very exciting for them.” 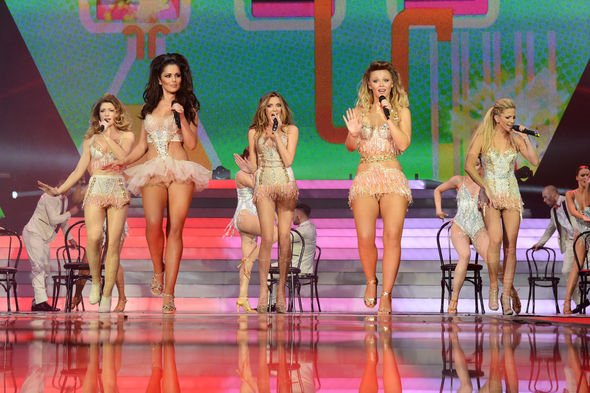 With Girls Aloud, Kimberley would sing to tens of thousands of fans at festivals and in arenas and stadiums around the world.

In theatre, though, there’s a different atmosphere.

It’s intimate and a whole new way of performing, she says. “As a singer you play yourself and you’re really aware of people looking at you.

In the theatre, you’re wearing a wig and you’re playing a character.

My family and friends say they genuinely forget that it’s me on the stage because I’m not speaking in my accent. I’m American in this show and that’s my job, to make them not think of me.”

The star takes every show in her stride with no lucky charms or “break a leg” wishes.

She keeps nerves at bay and can’t wait for more work to come her way.

“I always go with the flow and things seem to come up. Who knows, that’s why I love this job.

I don’t know what I might be doing next but I’m busy all the time. I’m wondering what’s next myself, and I’m really looking forward to it.”

The Kimberley Walsh Collection for Regatta Great Outdoors will be available later this year. See regatta.com. Sleepless: A Musical Romance had been rescheduled to May 3.

• This article contains some affiliate links, which means we may receive a commission on any sales of products or services we write about. This article was written completely independently.