Gina Kirschenheiter’s estranged husband, Matthew Kirschenheiter, is seeking visitation with their three children after the Real Housewives of Orange County star was granted a restraining order against him.

The 35-year-old Bravo personality was granted “legal and physical custody” of their kids – Nicholas, 7, Sienna, 5, and Luca, 4 — until a July 17 hearing after she accused Matthew of abuse, according to court documents obtained by Us Weekly. 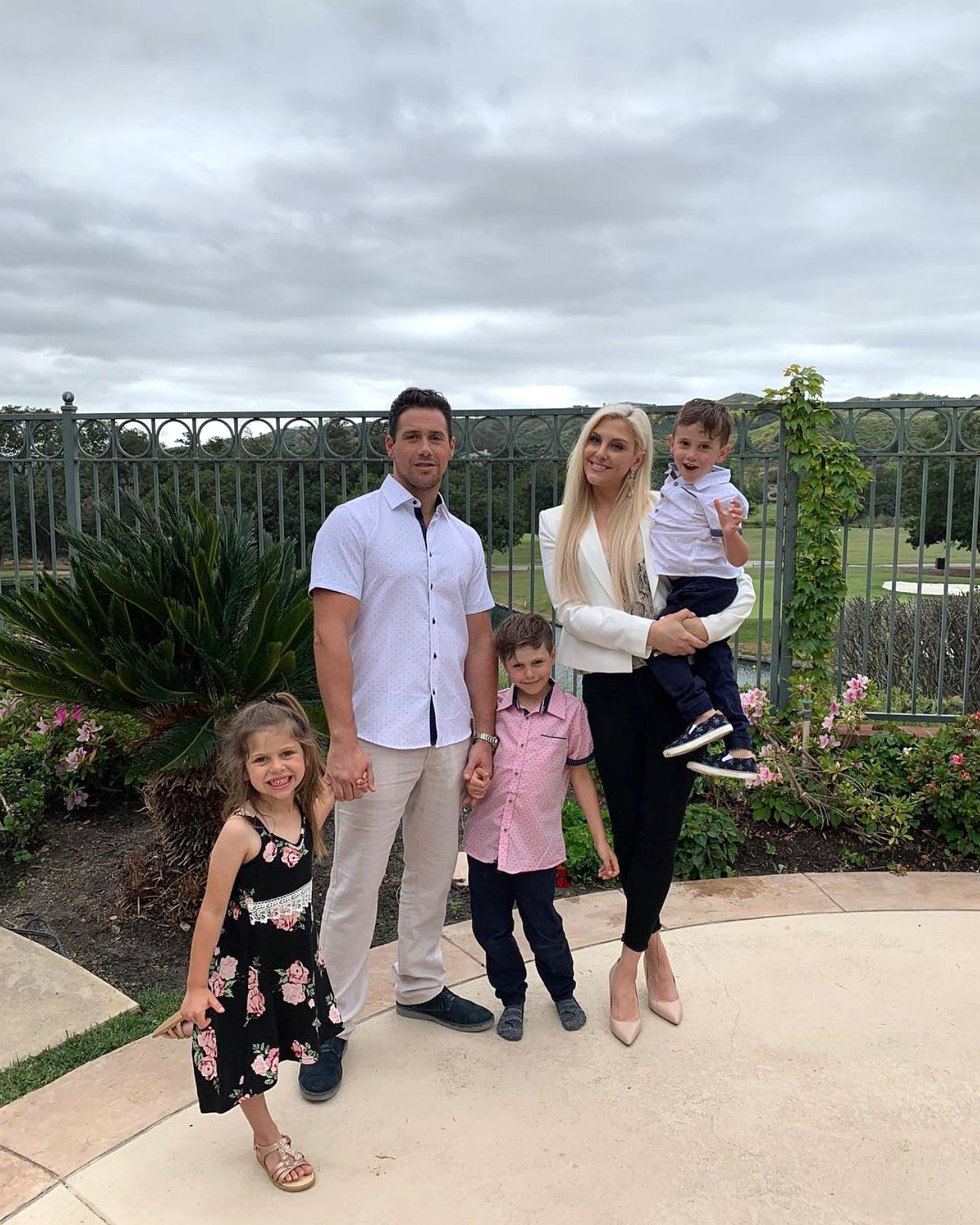 Matthew has also been ordered not to come within 100 yards of Gina, his sons and daughter. As a result, the businessman filed a response to her order on Monday, June 24, asking the judge to keep the former couple’s custody arrangement from December 2018 in place.

“The minor children shall be with [Matt] 1st, 3rd, 5th weekends from Friday after school, or 3:30 PM through Sunday at 5:00pm,” the docs state. “[Matthew] requests the current custody/time share remain.”

Matthew also offered to have monitored visitation with his kids.

Gina filed for the restraining order against Matthew after he was arrested on suspicions relating to domestic violence on Saturday, June 22. (He has yet to be officially been charged with a crime at this time.) In the order obtained by Us, the reality star, who married Matthew in 2010, detailed the alleged incident between the pair that led to him being taken into custody.

“[Matthew] was screaming in my face saying he was going to f–king kill me. He ripped my bra strap off, then took a pillow and hit me on the side of the head with it hard. My ears rang. I begged him to stop… to calm down… but he kept hitting me,” Gina claimed in the documents. “His eyes were black and nothing I said could bring him back to reality. Even when I was begging and pleading with him to stop because our children were home too, it had no effect on him.”

Gina also alleged that Matthew has gotten violent with her in the past. She concluded: “I am heartbroken for all of us. Matt needs professional help, which is more than I can give him.”

In his filing, Matthew pleaded the 5th amendment, which protects someone from being held for committing a crime if they are not properly indicted, in response to his estranged wife’s accusations of abuse.

“[Matthew is] asserting his 5th amendment rights and is unable to substantively respond to the Petitioner’s factual assertions at this time,” the documents state.

If you or someone you know are experiencing domestic violence, please call the National Domestic Violence Hotline at 1-800-799-7233 for confidential support.

Evan Peters Was ‘In A Very Toxic Relationship’ With Emma Roberts Before Dating Halsey: Source

Gavin And Stacey is back! James Corden reveals sitcom will RETURN