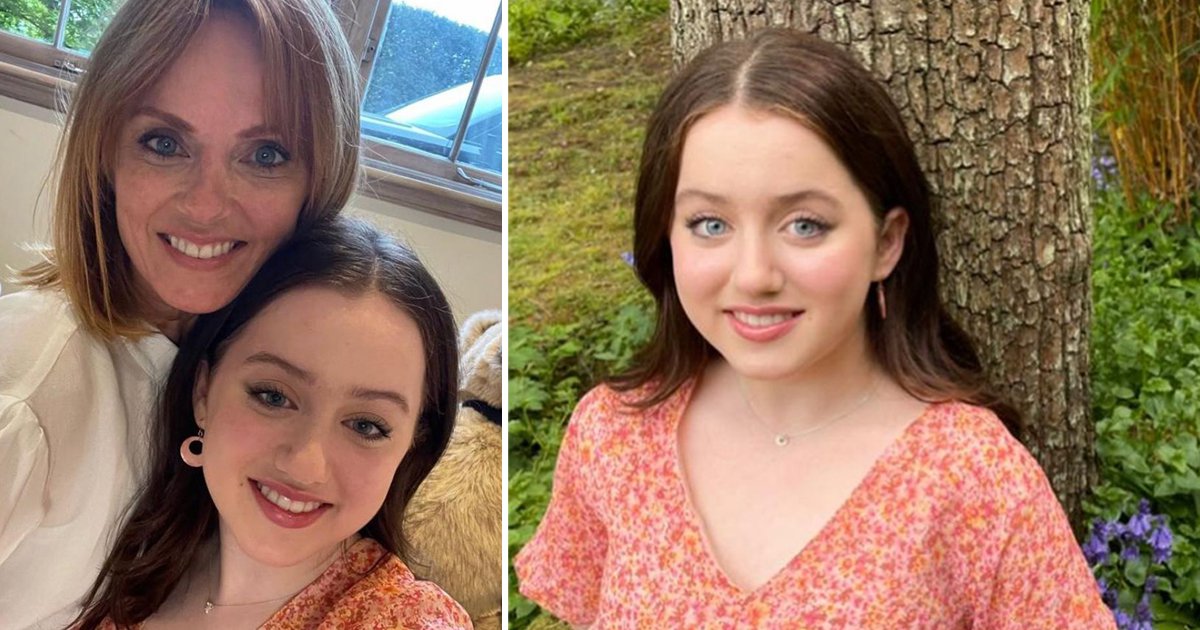 We understand the passage of time, but sometimes, details come along that blow your mind and have you Googling Zimmerframes and pensions.

Today, that is the news that Geri Horner’s daughter Bluebell has turned 15 years old.

The Spice Girl wished her eldest daughter a happy birthday on Instagram, sharing pictures of the teenager from her childhood and the present day.

Geri, 48, wrote: ‘Happy 15th Birthday Bluebell! Another year older, it’s amazing to see you grow as a person, we are so proud of you!!

‘We love you Blue. Love Mama.’

The Look At Me singer posted a selfie with her daughter, as well as a snap of Bluebell as a young girl dressed as a princess.

Others commented with how much Bluebell looked like her mother, as well as sharing their disbelief that she already a teen.

Geri became pregnant following a brief relationship with screenwriter Sacha Gervasi, who wrote films including The Terminal and directed the documentary Anvil! The Story of Anvil.

However, by the time Bluebell was welcomed in May 2006, Geri and Sacha were no longer together, and the popstar left her ex’s name off her daughter’s birth certificate.

Bluebell has plenty of famous family, though, counting Emma Bunton and Victoria Beckham as her godmothers.

Geri is also mum to four-year-old son Montague, or Monty, who she welcomed with husband Christian Horner in 2017.

Twenty-five years on from their debut single, the Spice Girls have 12 children between them – Emma, 45, shares sons Beau, 13, and Tate, 10, with partner Jade Jones; Mel B, 45, is mum to Phoenix, 22, from her marriage to Jimmy Gulzar, Angel, 14, from her relationship with Eddie Murphy, and nine-year-old Madison with ex Stephen Belafonte; Mel C, 47, is mum to 12-year-old daughter Scarlett from her relationship with Thomas Starr; and Victoria, 47, and husband David are parents to Brooklyn, 22, Romeo, 18, Cruz, 16, and nine-year-old Harper.

We’ve been treated to another dose of nostalgia this week courtesy of Geri, as she looked back at the band’s iconic Brits performance in 1997.

Remembering her legendary Union Jack dress, the star wrote on Instagram: ‘Trust yourself. … this dress is a reminder to follow your instincts and be yourself.

’24 years ago I had an idea- to wear a Union Jack to celebrate The Brit Awards. Despite the doubts, I trusted my instincts and wore it anyway. All these years later to see it worn by a fellow sister is so special. 🇬🇧 ✌🏻#girlpower.

Geri celebrated Dua Lipa rocking the flag during her Brit Awards performance on Tuesday, as well as Little Mix shouting out Spice Girls after becoming the first girl band to win the British group award.