Paul Hollywood saying that he winds up Prue Leith

The Great British Bake Off judge Dame Prue Leith has opened up about the surprising moment she gave 30 people food poisoning after serving up a dodgy chicken mayonnaise dish. The 82-year-old made the food for one of her “best” customers at the time, who hired her company, Leith’s Good Food.

Speaking on the first night of her Nothing In Moderation tour, she told the crowd: “You can’t be in catering for 30 years without something going disastrously wrong.”

The cook explained that they were asked to put together the dish for a party of 25, which then turned into 30 people at short notice.

She continued: “The cooks poached another chicken while the flesh was still warm, which is a crime, and they mixed with the chicken that was already there.”

Prue went on to say that there was no fridge at the venue and the food was left out on a very hot day. 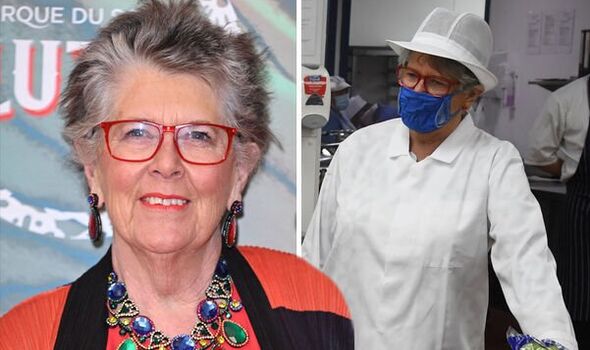 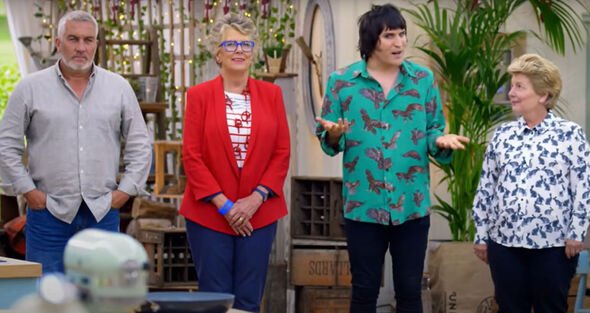 “This chicken sat there and lunch was very late and we managed to poison everybody,” she added, according to The Sun.

“It haunts me that episode as everybody was ill.

“All 30 people but two of them ended up in hospital and one of them was in critical care as he was very old and was a High Court judge.”

Prue said the disastrous moment was a “wake up call” for her. 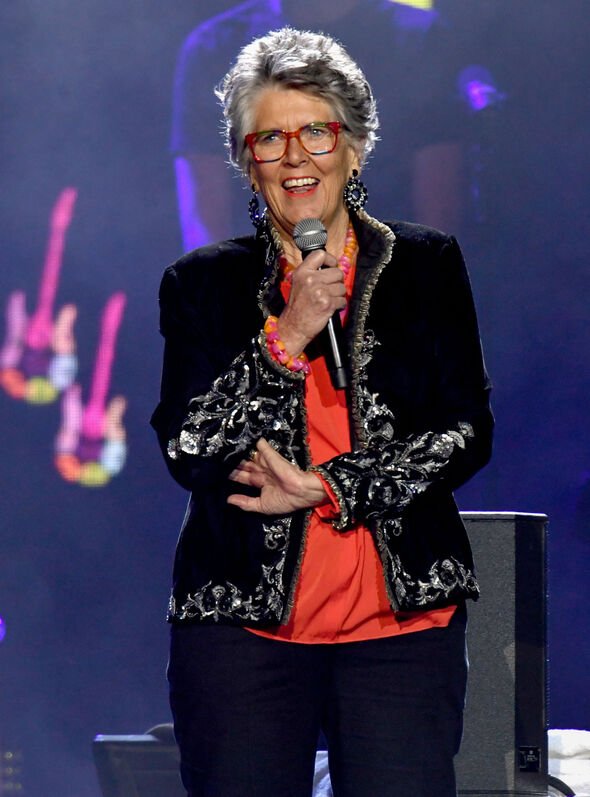 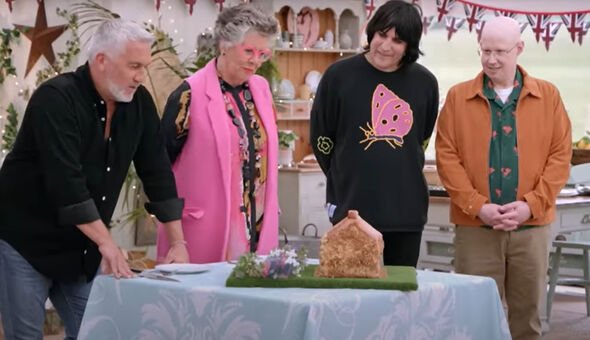 In 1969, she opened Leith’s, her Michelin-starred restaurant in Notting Hill, which she sold in 1995.

The Bake Off judge went on to set up Leith’s School of Food and Wine, which trains professional chefs and amateur cooks.

Prue swiftly got a name for herself and went on to become a judge on BBC Two’s Great British Menu for eleven years.

Nowadays, she judges other people’s efforts on The Great British Bake Off.

The much loved show returned for a new series last week.

Back as judges are her and Paul Hollywood, while Noel Fielding and Matt Lucas have returned as hosts.

She and Paul have also been filming new series The Great American Baking Show.

Earlier this month, she revealed what it was like to still have a hectic schedule at 82.

Prue told Good Housekeeping magazine: “It’s wonderful that people still want to employ me and people are still interested in me.

“But what I’m most pleased about is that I still have the energy and enthusiasm to do it all.”

The Great British Bake Off continues Tuesday at 8pm on Channel 4.