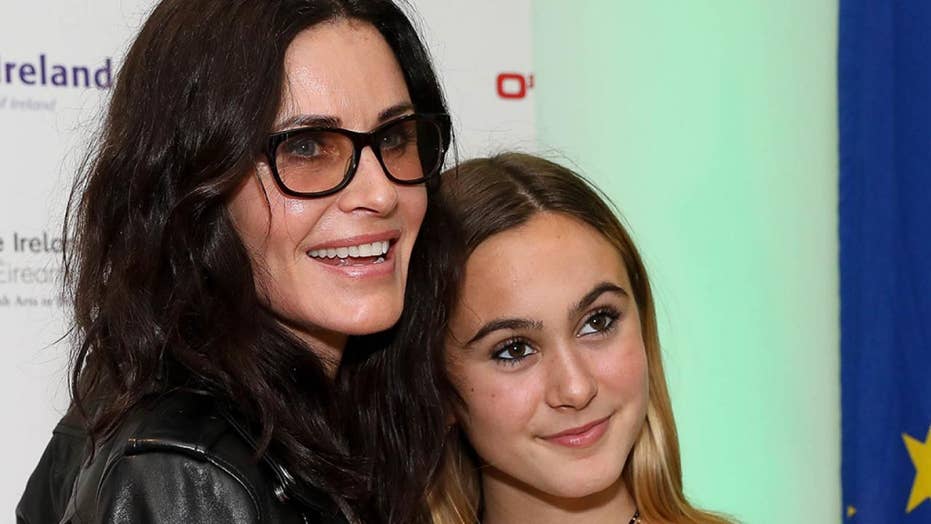 Cox, who played Monica Geller on the hit sitcom, and Kudrow, who played Phoebe Buffay, took to their respective Instagram accounts to share photos from the big night.

“Trying to figure out what to say on Instagram….#gotnothing #friends #girlsnight,” she captioned the post.

“I love this picture!” said another.

Meanwhile, Kudrow captioned her shot of three with: “Halfway there… #girls night?”

“Please all go live together, would literally make my day,” wrote one fan in response.

“Can we have 10 more seasons please?” another wrote, asking for more season of the beloved show, which ended in 2004.

This isn’t the first time the three women have posed together on the photo-sharing platform. For her birthday earlier this month, Cox posted a sweet selfie alongside Aniston and Kudrow.

“How lucky am I to celebrate my birthday with these two? I love you girls. So much,” she captioned the post at the time.

Separately, Aniston recently revealed where she thinks her character, Rachel Green, and Ross Geller (David Schwimmer) would be today. Though the on-again, off-again TV couple had their ups and downs throughout the series, Aniston said the two would “absolutely” still be together.