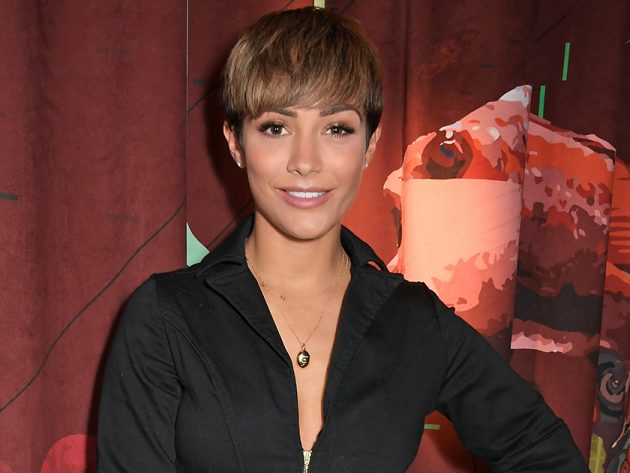 The former Saturdays singer appeared on ITV’s Loose Women earlier this week to discuss her battle with depression.

While appearing on the talk show, the mum-of-two also revealed that her two young sons were taking classes to learn how to do deal with their own mental health.

“In my therapy sessions I’m always talking about my kids because I don’t really know either,” she continued.

“One of my sons is a real deep thinker and I see a lot of myself in him so I’m already aware maybe he’s a little bit more like me, so I try and be sensitive to that and not bat off his feelings and his worries.”

The mum-of-two went on, “I think [when you grow up] you push a lot of things under the carpet, a lot of us do, and I think I just try and not do that with them.

“I’m still learning, at my boys’ school they did a mental health class and it was like a couple of classes where you could go and they taught you how to look out for signs and I thought that was amazing. That just goes to show how far we’ve come.”

Finally able to reveal my #Open cover! 😍 this book has definitely been a labour of love and tears… I just hope it helps anyone suffering with their mental health to understand themselves more and realise they are definitely not alone! #WorldMentalHealthDay

“I do sometimes worry that it gives people an opinion on me already before they’ve met me like, ‘oh maybe she’s a bit miserable’.

“I spoke out about it for the first time 2012,” she explained, “it wasn’t that big then was it at all? And afterwards I said my piece and kind of pulled away from it because I was scared of being the poster girl for depression.

“I do worry about jobs because I think sometimes people think I’m not reliable,” she added, “but at the end of the day I’m just like, do you know what? That’s their problem and I’m a lot better so it doesn’t define me now.”