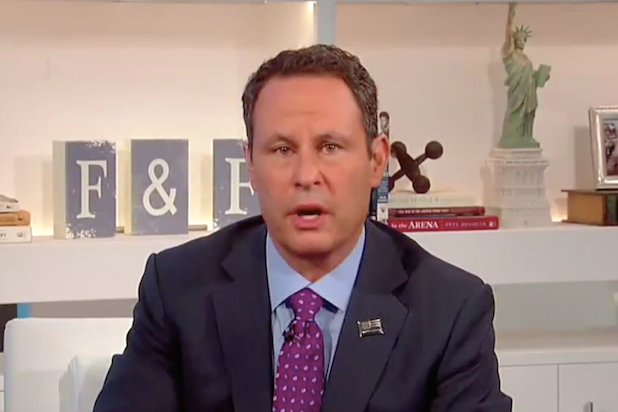 During a discussion of Wednesday’s violent rioting in the Capitol by Trump supporters, the “Fox & Friends” co-host said, “Let’s be honest, since November 3rd — when we got the verdict by November 5th — the president’s behavior has been terrible. It has cost him two Senate seats. We know that for sure. It cost his party the majority in the Senate. We know that for certain.”

Kilmeade went on to say that Trump “honestly believes” he won the election, which was actually won by President-elect Joe Biden. Trump has falsely insisted for two months that the Democratic party’s win is attributable to widespread voter fraud. The riot that broke out Wednesday, leaving four dead and sending congressional representatives into lockdown, began as a protest against the alleged, unproven voter fraud.

“It’s true his people do not have a track record of violence,” Kilmeade said of Trump’s supporters. “Absolutely true. Well, that track record broke.”

He described how Trump addressed the protest crowd Wednesday at noon, encouraging them to march to the Capitol at 1:30 p.m. ET, after a joint session of Congress meant to certify Biden’s win had kicked off.

Kilmeade called for the arrest of highly-visible demonstrators who did things like enter House Speaker Nancy Pelosi’s office to be photographed with their feet on her desk. Finally, he mentioned Trump’s 12-hour Twitter suspension, which came after he posted a video of himself urging an end to the violence while continuing to promote his baseless claims of a stolen election. Trump, Kilmeade concluded, was “justifiably suspended.”

He ended by praising President-elect Biden, saying “I think Joe Biden’s comments have been very strong since he won the election.”

David Eason: Jenelle Doesn’t Take Care of Her Kids and Also She STOLE from Me!