A former senior adviser on the White House coronavirus task force made national news on Thursday when she issued a damning condemnation of President Donald Trump’s response to the pandemic, alleging that he showed a “flat-out disregard for human life” and botched handling the virus because of concerns about his reelection. She has endorsed Democratic rival Joe Biden.

On Fox News, however, the story was ignored.

Other news media and cable networks widely covered the allegations from Olivia Troye ― a former homeland security, counterterrorism and coronavirus adviser to Vice President Mike Pence ― who left the White House in August after two years of working for Pence.

But none of Fox News programming Thursday or Friday morning addressed Troye’s claim that Trump’s mismanagement and his spreading of coronavirus falsehoods cost American lives, according to an analysis from Media Matters for America and a HuffPost review of Fox News’ prime-time transcripts.

The reproach received a brief mention on Fox Business, with host Lou Dobbs dismissing her allegations and bringing on Pence’s national security adviser Keith Kellogg to defend the Trump administration. 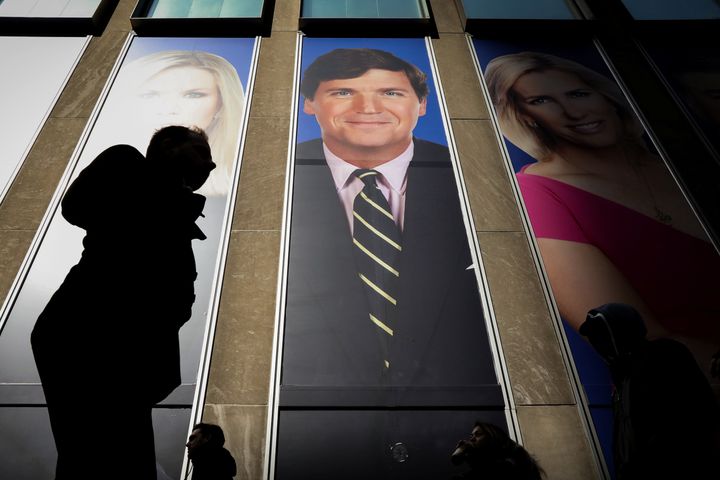 “We’re seeing what looks like a pattern amongst these small groups that are trying to agitate against the president,” Dobbs told Kellogg, later suggesting that Troye was willing to “sell out” to “achieve some sort of relevance.”

Both Carlson’s and Ingraham’s shows also featured segments covering dubious claims that Nashville city officials engaged in a “cover-up” to stop the release of information that showed only a limited number of COVID-19 cases were linked to bars. The story has made the rounds in pro-Trump media, including a tweet from Donald Trump Jr., and plays into the narrative that Democratic officials were intentionally overblowing the pandemic for political purposes.

But the Carlson and Ingraham segments were both based on a local Fox17 report that was wildly misleading. It focused on brief email exchanges that appeared to show city officials stating they would not publicly release information on coronavirus case counts related to bars, but their reports left out key context that contradicted their story.

The problem for Fox News is that the city did publicly and continually release the information, including at press conferences Fox17 attended, and that news outlets published it at the time. Even the reporter who was initially denied some specific information from city officials, an act Fox17 cited as proof of a cover-up, called the story “bizarre and inaccurate.”

Meanwhile, as Carlson used his massive platform to promote misinformation, there was a very real scandal around the government’s handling of the coronavirus. Viewers just didn’t learn about it on Fox News.

Everyone deserves accurate information about COVID-19. Support journalism without a paywall — and keep it free for everyone — by becoming a HuffPost member today.